I flew into Austin Texas, the proclaimed “live music capital of the world”, and made my way to the Firehouse Hostel right in the middle of downtown. After a good chat with a longtime local working there I had a great list of tips for things to see, neighbourhoods to visit, music venues, bars, food and everything in between which was more than enough to keep me occupied during my week stay. 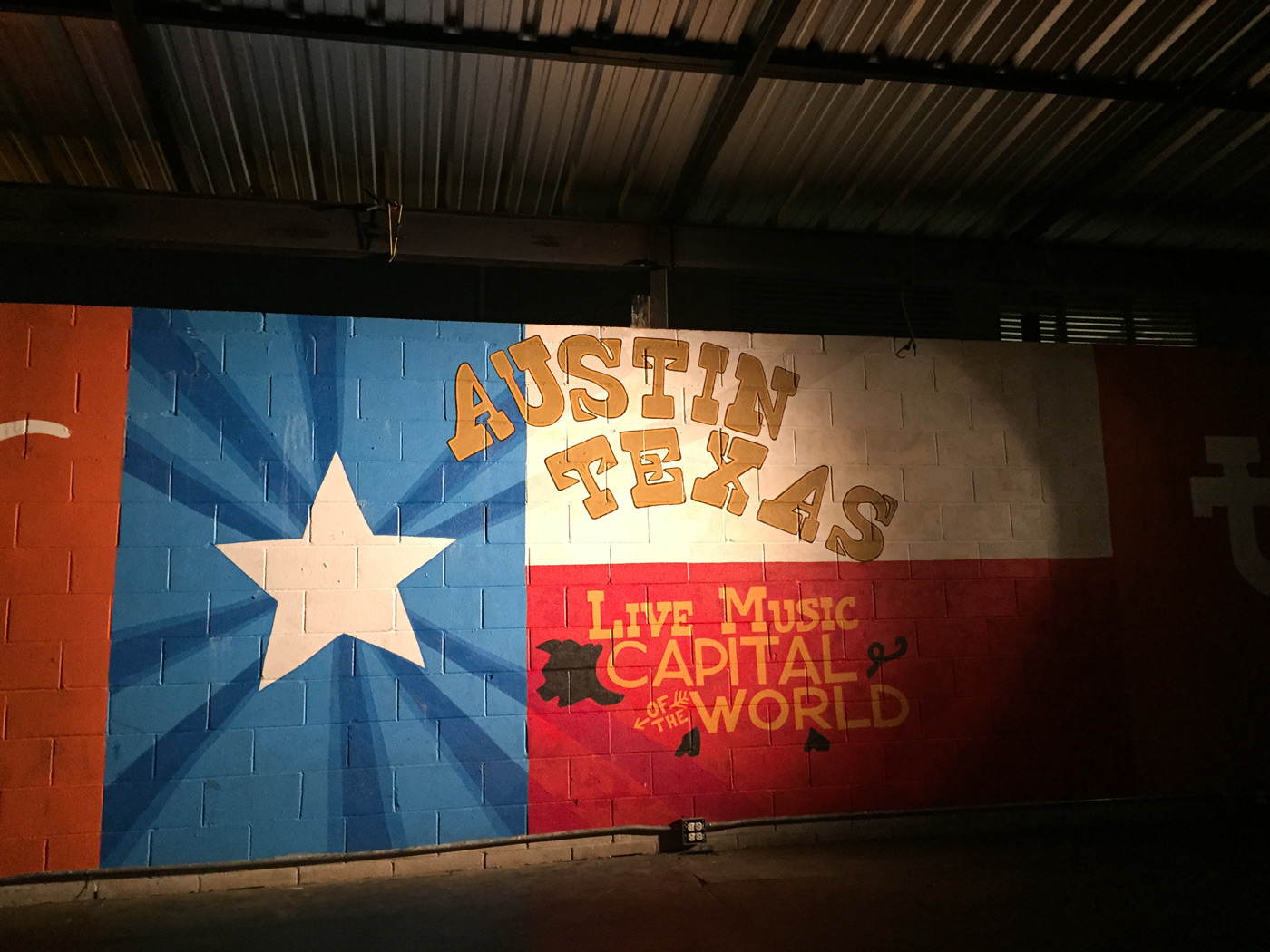 Live music capital of the world

That night after hearing some familiar accents coming from the kitchen/lounge of the hostel I went in to find some Australian guys that had just met each other playing some drinking games. I joined in and from then on we had a group to drink our way through 6th Street until close every night.

The hostel was conveniently located right in the middle of 6th Street, the main nightlife area lined with bars for several blocks. On the busier nights they block the street off to cars and it fills with people almost shoulder to shoulder. Being there over Easter meant Thursday, Friday, Saturday and Sunday were all busy nights with lots of people and all the bars competing for business with some great drink deals. Despite the amount of bars we visited we managed to get the “you guys again” from the door staff in many of them and more often than not were waved straight in past the usually strict ID check. Many of the bars had lively rooftop patios overlooking the street. One of these patios saw the return of the entertaining game, corn hole (as introduced in my Florida post), and much to the disgust of some of the American guys we became undefeated champions every night.

Much like my other stops, my days were spent exploring with a backpack and lots of walking. There is plenty of transport in Austin but I find getting lost and wandering a more enjoyable and rewarding way discover what somewhere is really like. It gives me a chance to meet interesting locals, and stumble across some out of the way places. I have been amazed throughout the US how without even asking for anything I have been given free drinks, free meals, an offer from an older couple to come over to their house for dinner so I can have a home cooked meal, car lifts, offers to be shown around their town, and plenty of local tips and advice especially in the areas that do not normally see many tourists.

With Texas BBQ and food carts on the agenda for my stay I made sure to seek out as many of the popular places as I could find. Throughout the week I had plenty of huge servings of beef ribs, brisket, pulled pork, chopped beef, pork ribs, etc. I queued for an hour at the incredibly popular La Barbecue truck and was impressed that they keep the line happy and patient with kegs of free beer while you wait. On recommendation I also visited both Stubbs BBQ and Blacks BBQ and had great food at both. Much like in Portland there are many food trucks scattered around the city serving all sorts of food, I had gyros, donuts, spring rolls, tacos, smoothies, nachos and more.

Rainey Street was another great local tip for a good night out and consisted of a street of old houses converted into bars featuring hundreds of types of craft beer and places to sit in their front and back yards. Like the majority of Austin, they had live music every night until 2am and many also had food trucks either in the backyard or out on the street. 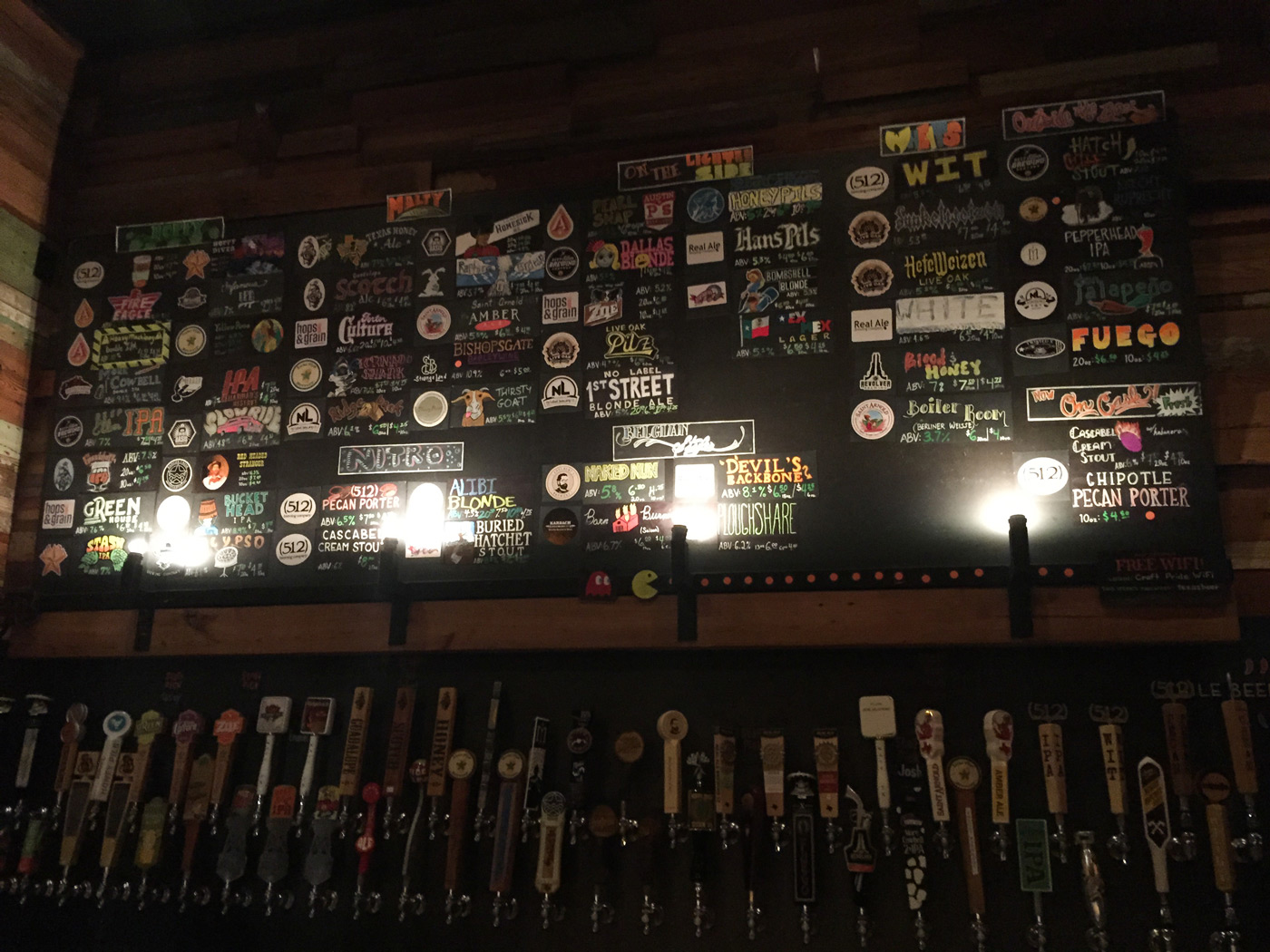 I’m told a visit to Austin would not be complete without seeing the famous SoCo shopping and cultural district (South Congress) so I walked through and browsed the unique and often weird boutique shops and sampled more food carts.

Austin sits on the Colorado river and is connected by a number of bridges crossing the river. I walked along the popular pathway beside the river and also visited some other noteworthy spots around the city such as the recognisable Texas State Capitol Building at the top of Congress Avenue as well as the community graffiti park off Lamar Boulevard. My personal highlight though was finding Bacon, a bacon themed restaurant serving up all types of meals centred around the best food known to man. 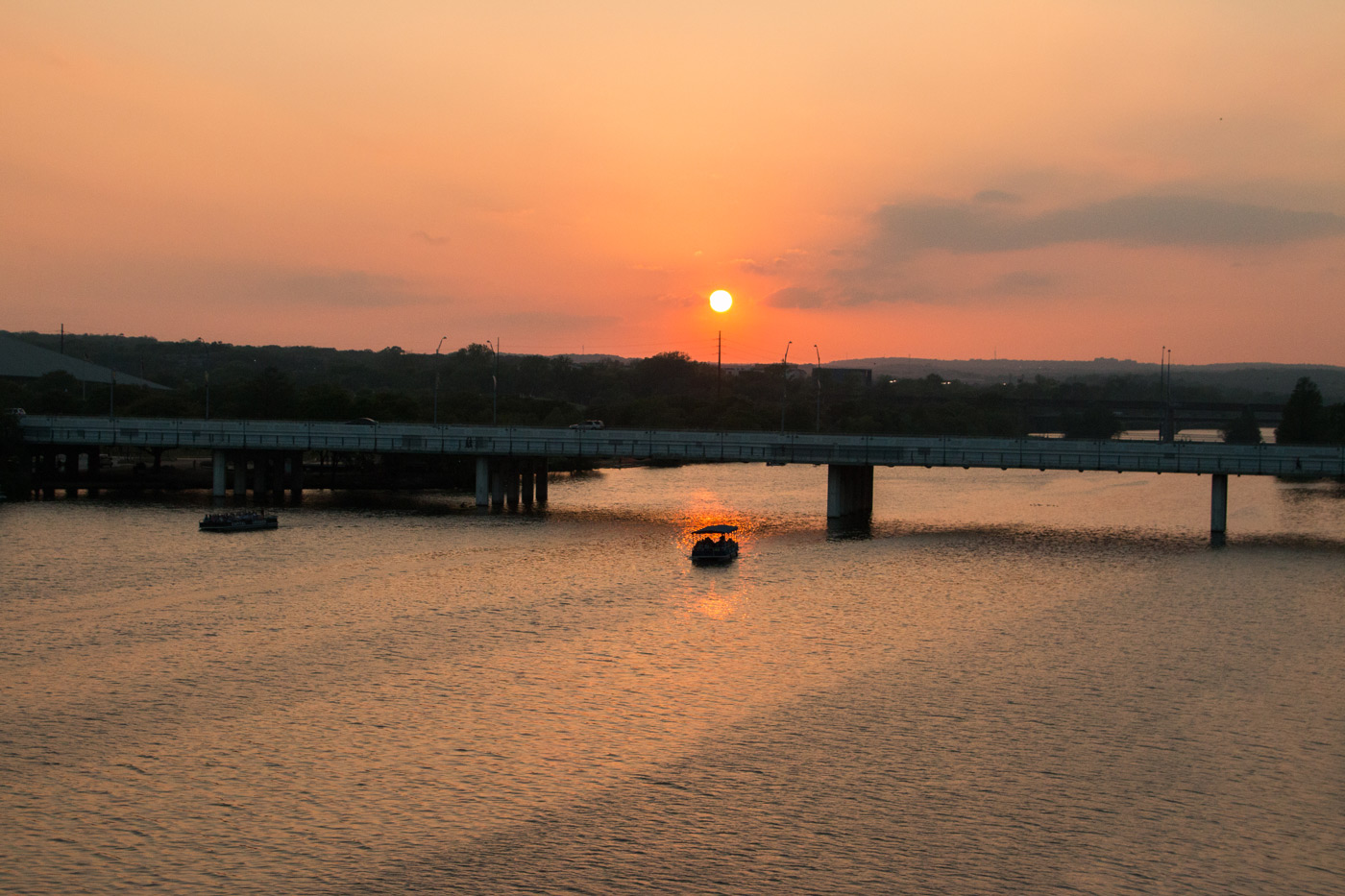 Sunset on the River 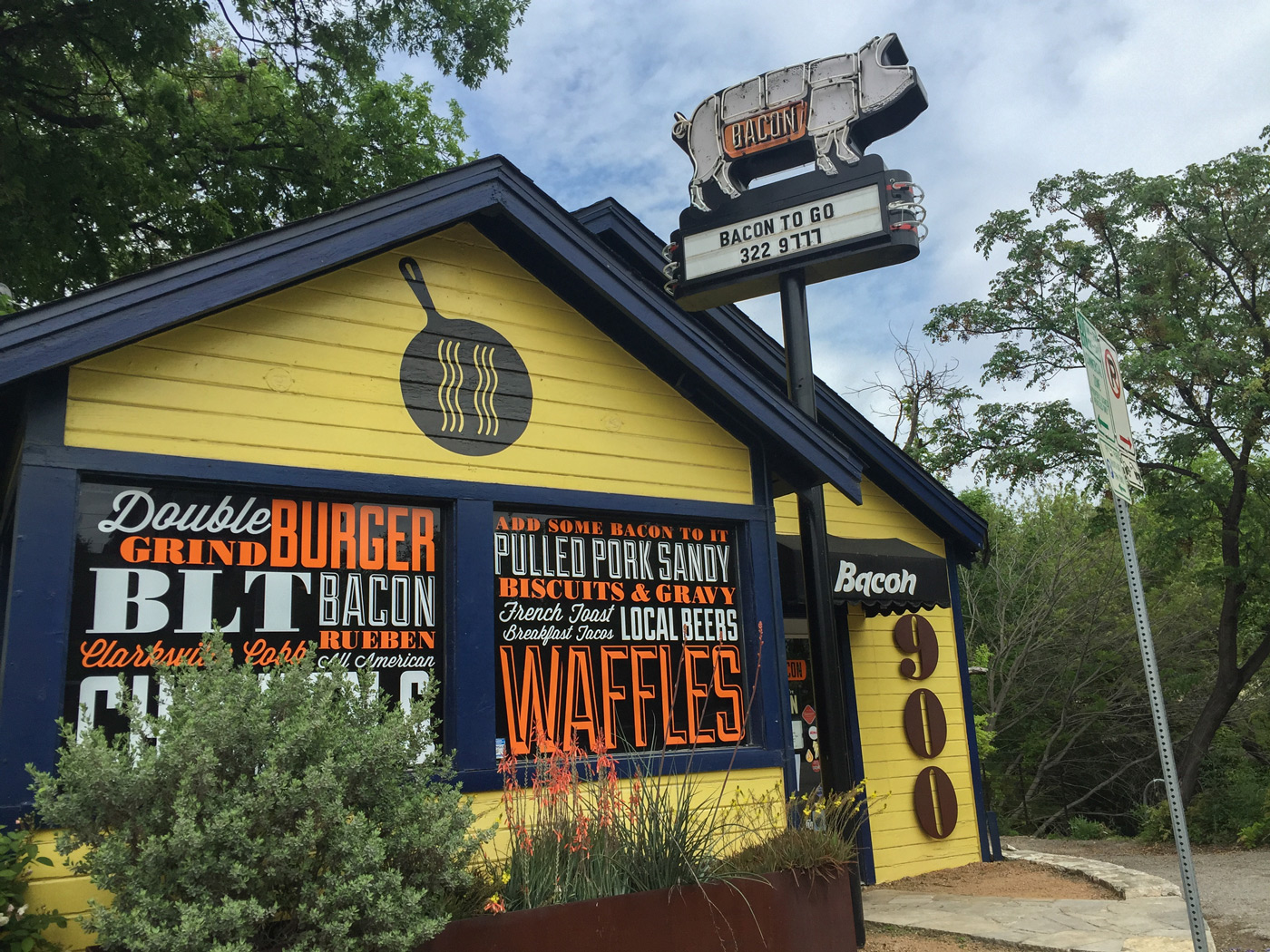 On my last day I hired a car and got out of the city to explore some of the Texas countryside. Around 50km out of the city is Hamilton Pools, a natural glowing green pool with a 15m waterfall falling into it. My next stop was Krause Springs, a natural spring fed swimming hole that apparently maintains a 20ºC water temperature year round. It is a great spot to cool down from the Texan heat with caves, a waterfall and rope swing and I would imagine would get very busy during summer. Lucky for me, at this time of year there was barely anyone there despite it being 25-30ºC outside. My final stop before returning the car was Mt Bonnell, the highest point in Austin and a great spot for views of the whole city. 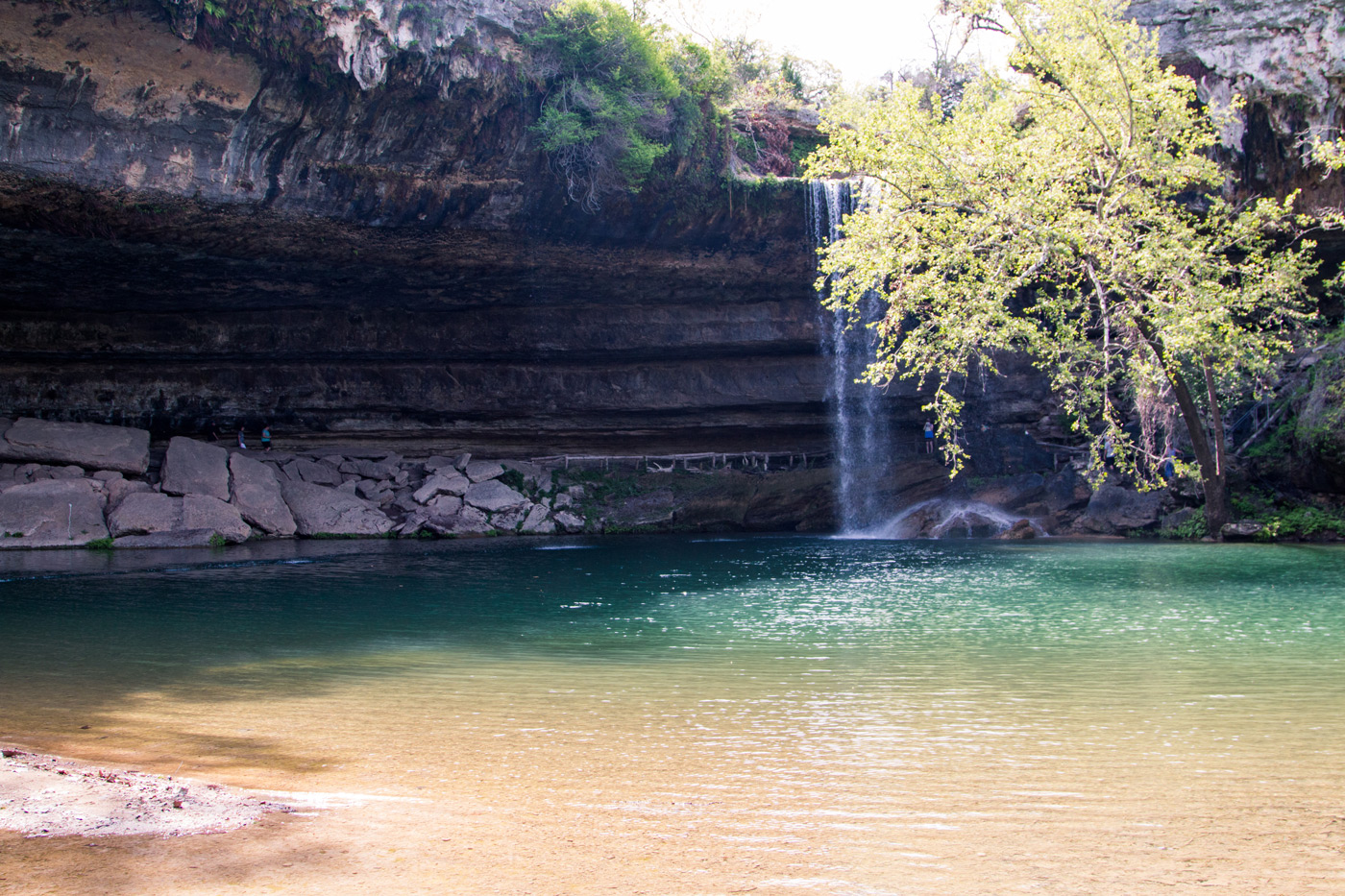 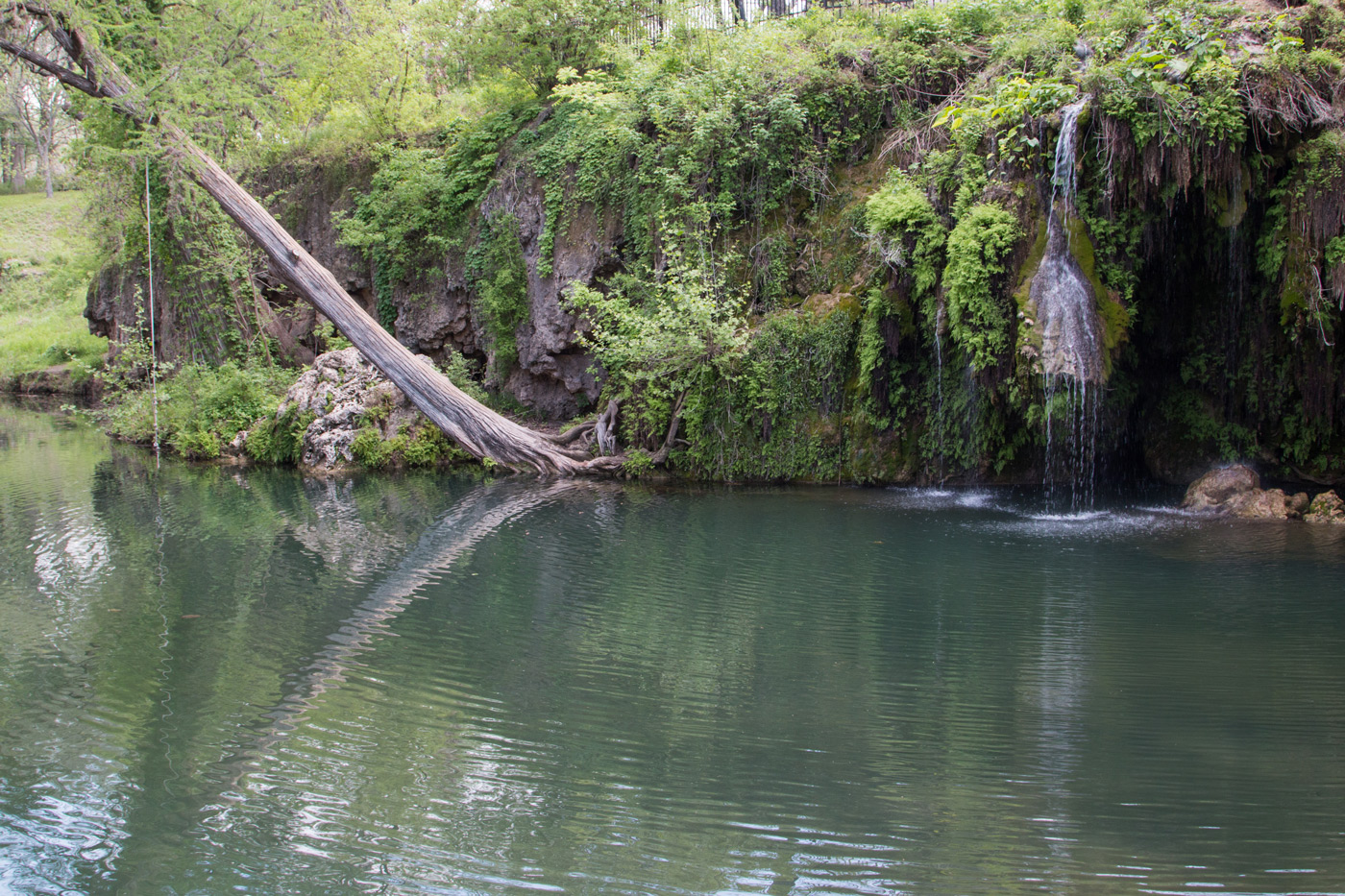 I’m now continuing to fly west from Austin → San Diego as I surprisingly near the end of the 7 week US portion of my trip.