Portland had been one of the stops on my US portion of the trip that I was most looking forward to.

Straight away I noticed a very friendly and welcoming vibe, people said hello in the street, thanked the bus driver, and every shop attendant wanted to chat.

Portland is in the state of Oregon in the Pacific Northwest. It has a trendy, unique hipster vibe that I would liken to a mix of Melbourne and Surry Hills in Sydney. That means beards, tattoos, bikes, craft beer, good food and coffee (a relief considering the usual terrible coffee in the US eg. Starbucks). For the first four days I was staying in a hostel in the Hawthorne district.

Portland apparently has 600+ food carts scattered throughout serving all sorts of high quality and cheap food from all over the world. There are often several grouped together in a lot with common seating. I never had a bad meal from a food cart and it was always cheap (usually $4-$10). In fact every bit of food I had I wanted to go back again but there was just so much choice I had to try elsewhere. In the 6 days in Portland I never once ate in a proper restaurant/cafe. I had everything from: 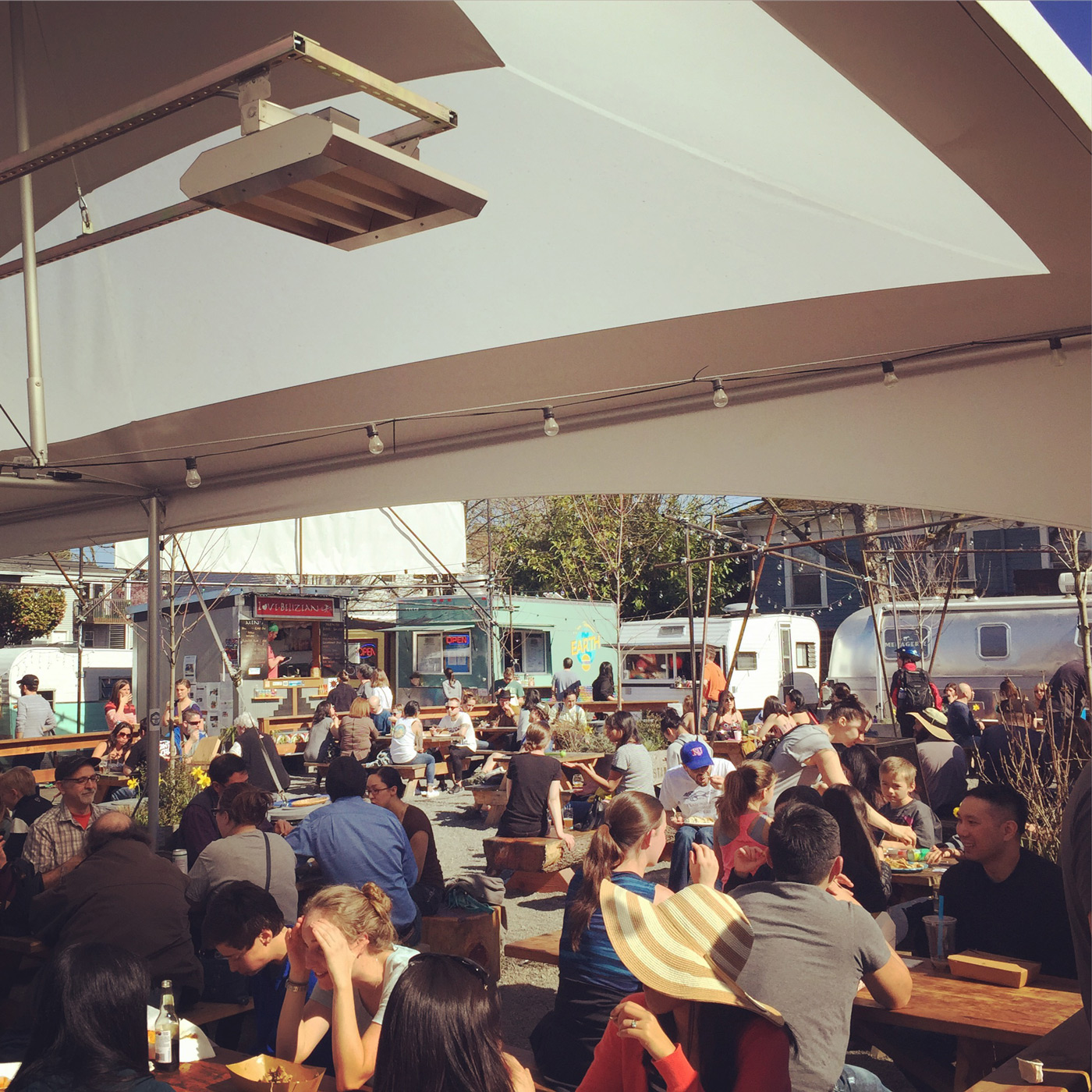 Another thing that drew me to the Portland area was their passion for craft beer with around 200 breweries nearby. They are mostly open to the public and range from a full bar in the front of house to sitting around drinking amongst the equipment. They conveniently all have bike racks out the front, as does pretty much all of Portland, so I wobbled around on a hired bike for a day drinking at as many as I could find. 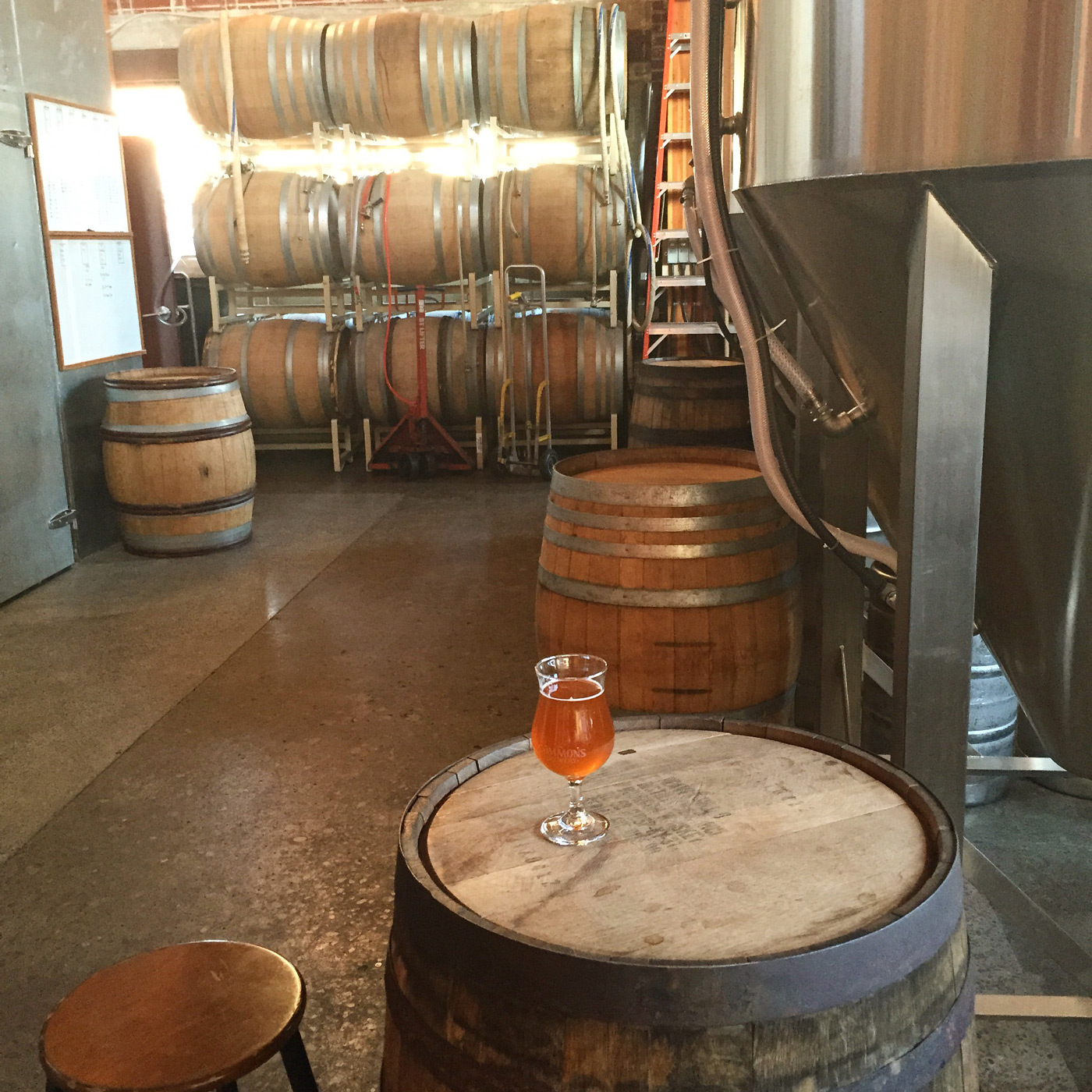 Craft beer in the brewery

This was the motto I soon learned was embraced by Portlandians. If anyone has seen the hilariously strange TV show Portlandia it is not far from the truth. There are outrageous beards, moustaches and outfits, talented buskers, hairdressers in airstream trailers, bars inside laundromats, and designated skateboard paths. In keeping with the theme I moved accommodation to a cool ‘tiny house’ for 2 nights. It is 12sqm, two storey, can sleep 4 people, kitchen, shower, toilet, dining table, wood throughout and a front deck on Alberta street, a trendy, arty street filled with many bars, food options and indie shops. 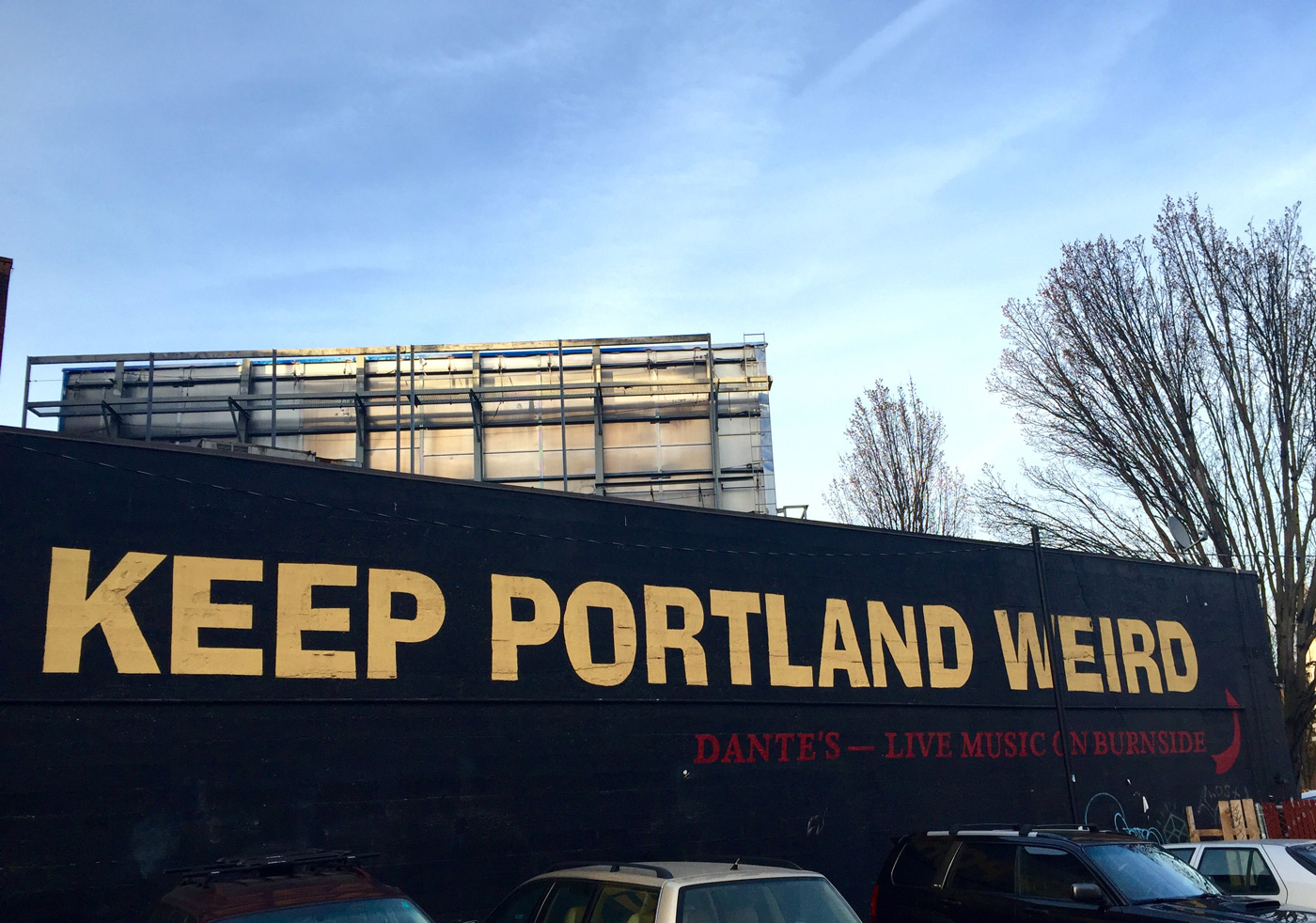 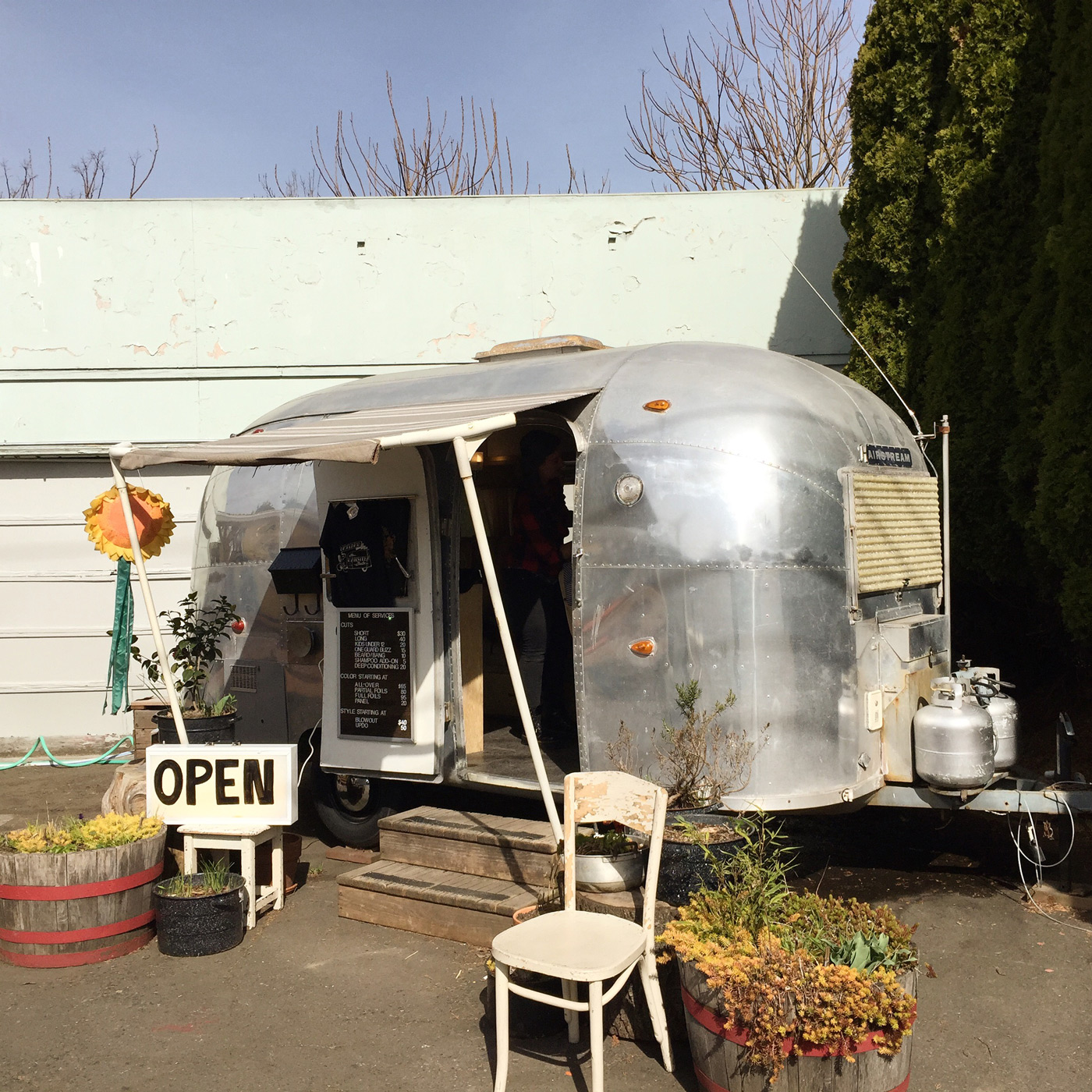 Haircuts in an airstream trailer 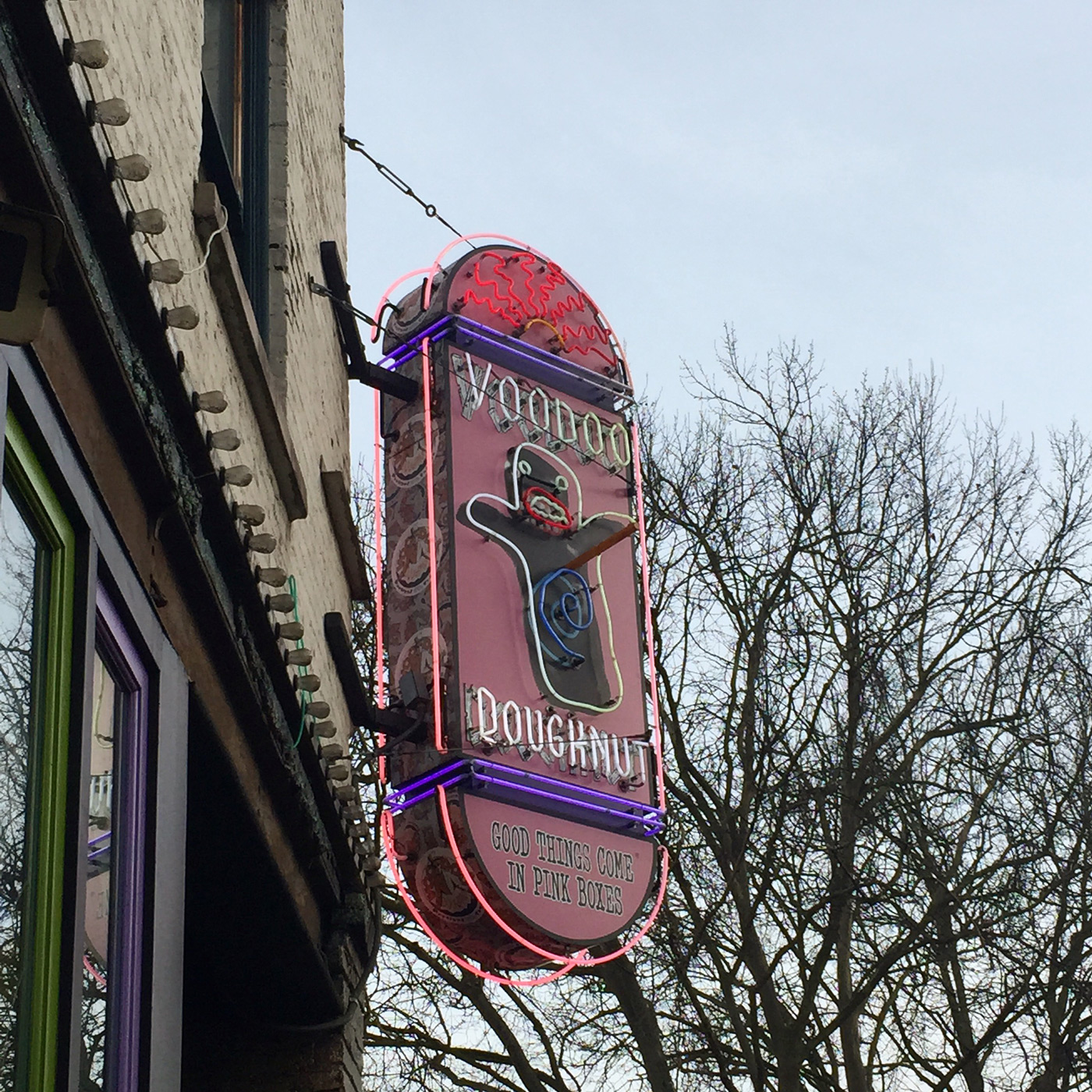 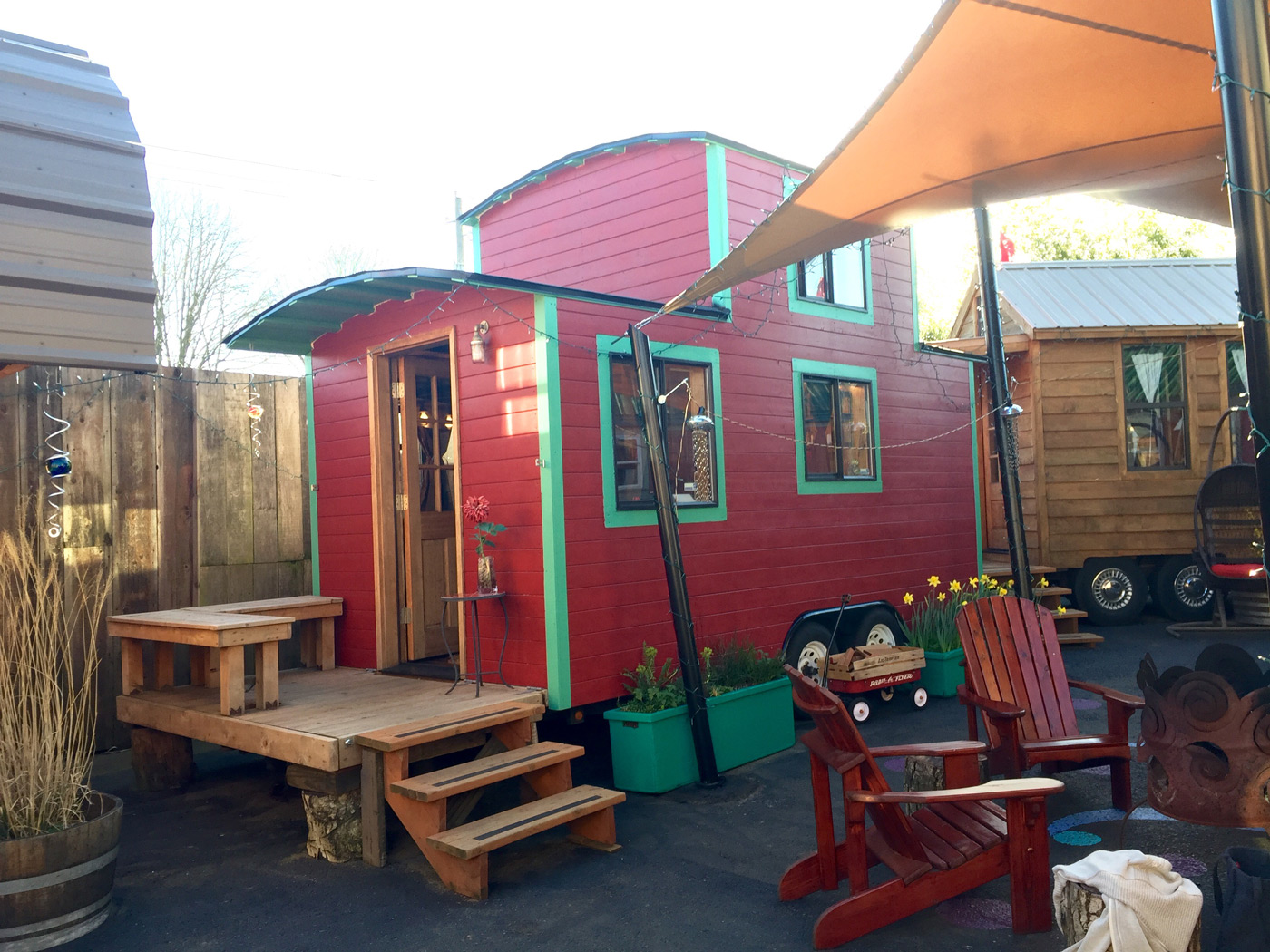 My tiny house from the outside 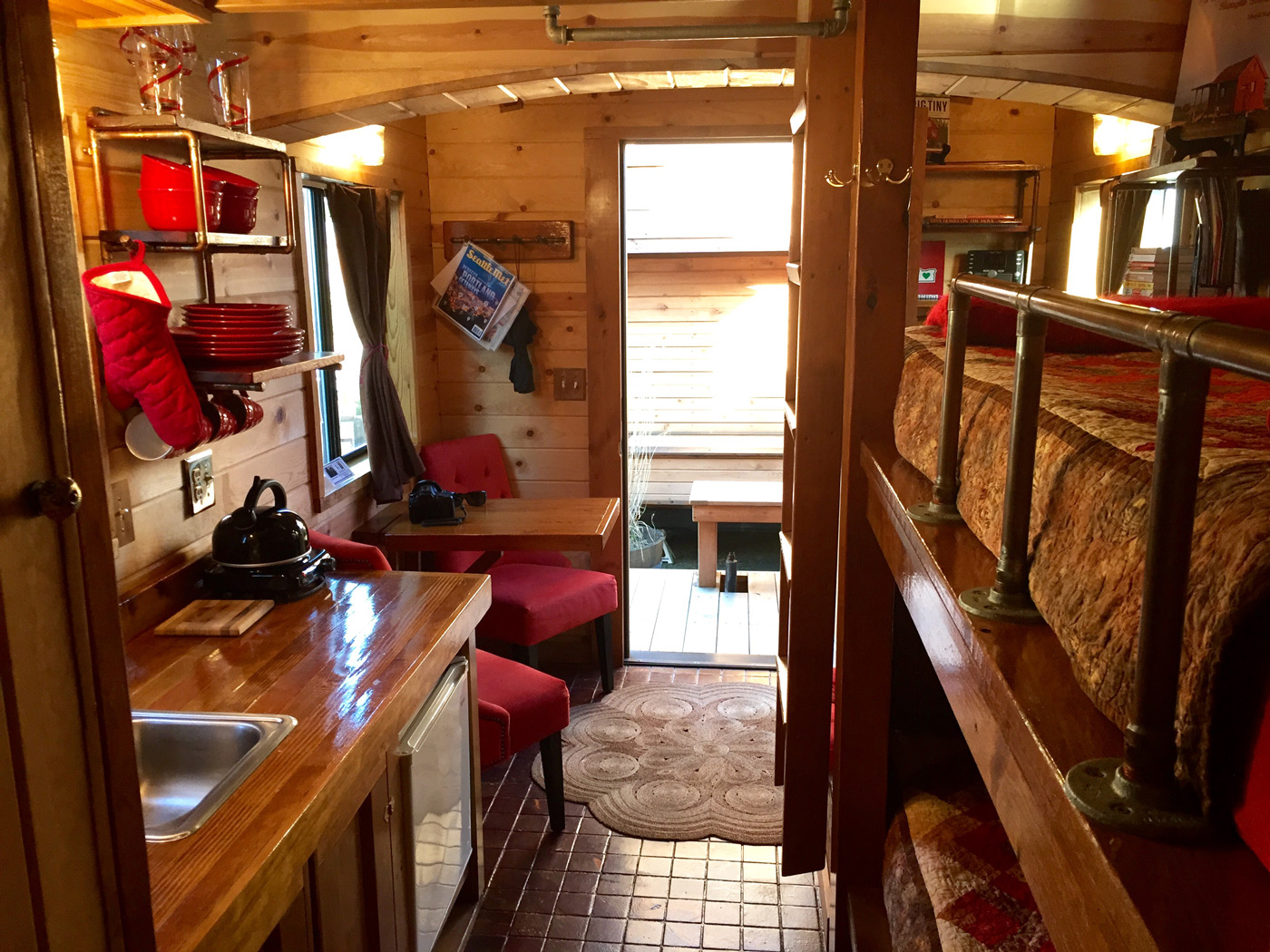 I hired a car for the day to get out and see some of the state. Oregon is amazingly scenic and I could’ve easily spent days exploring the hundreds of spots in the area from waterfalls, national parks, lakes, hikes and snow capped mountains. I would definitely come back to see more. The following photos were all taken in just one day! 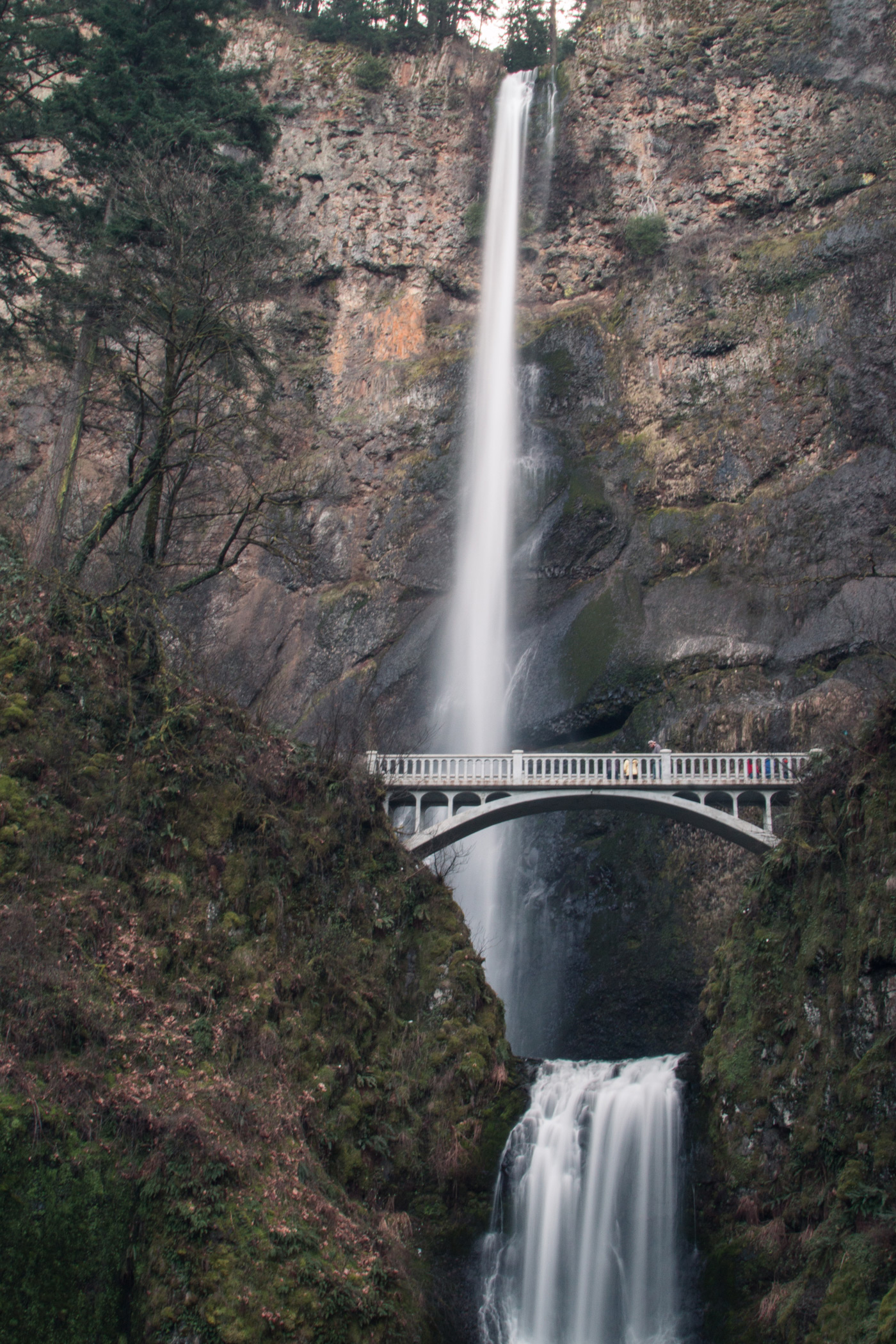 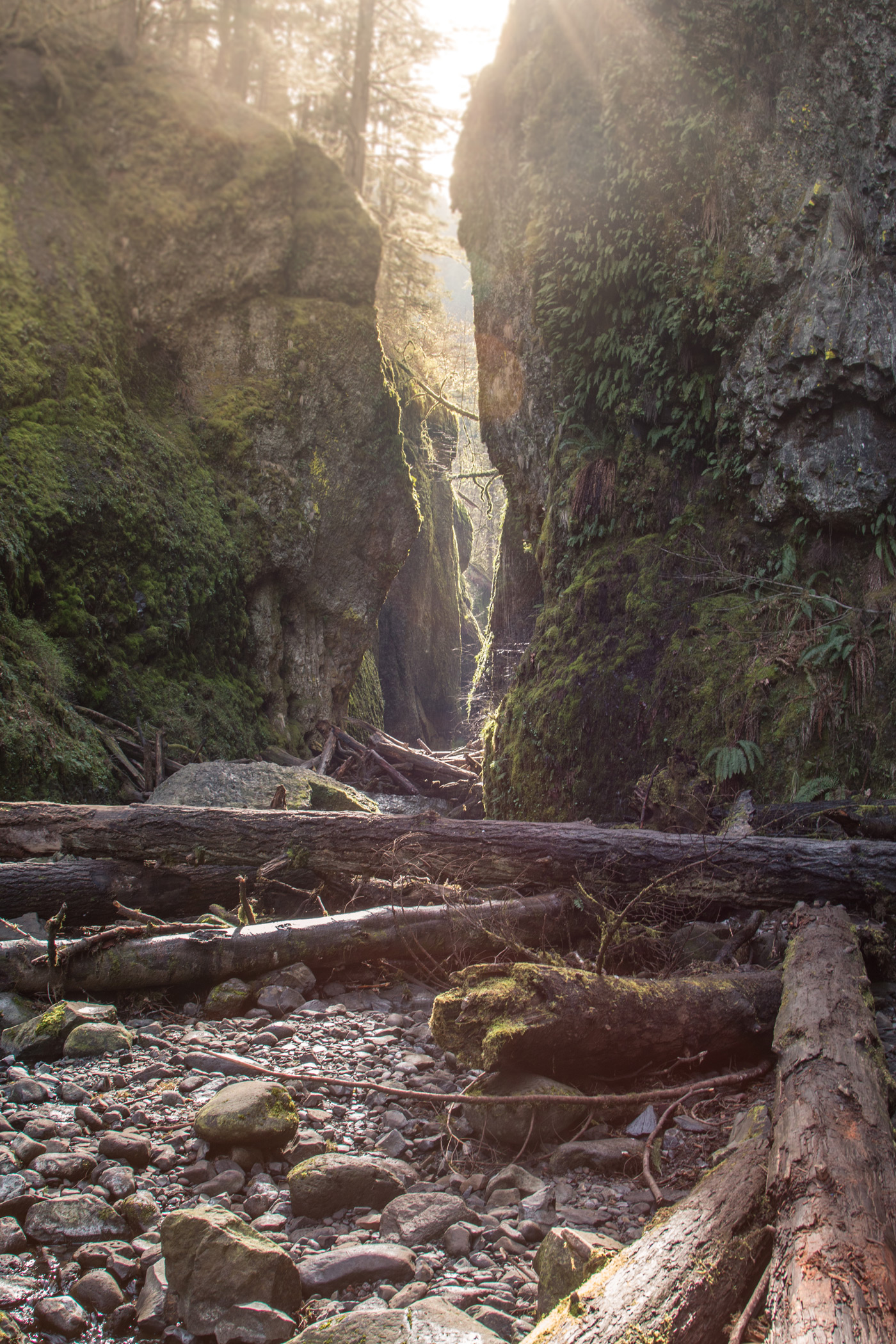 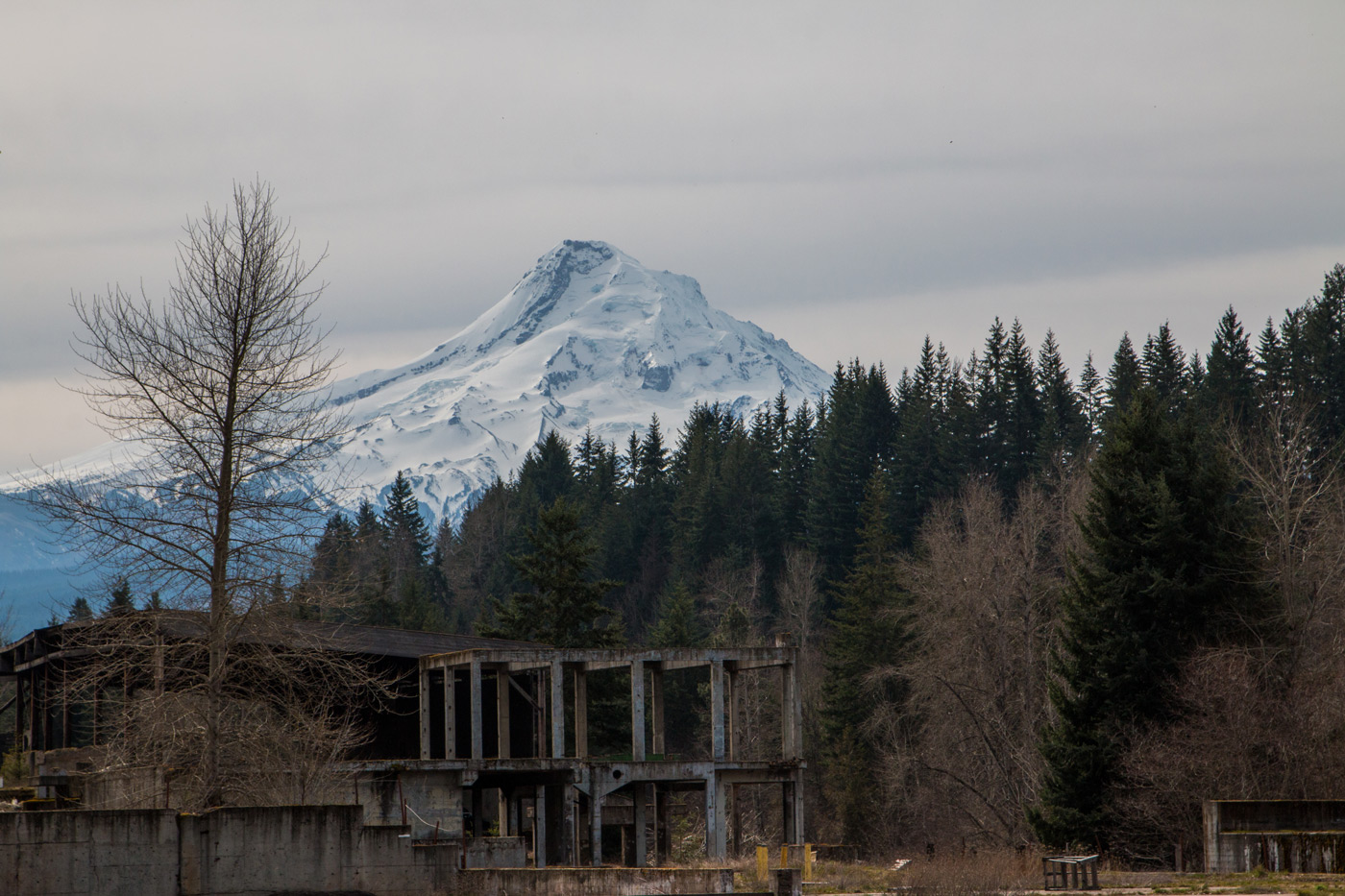 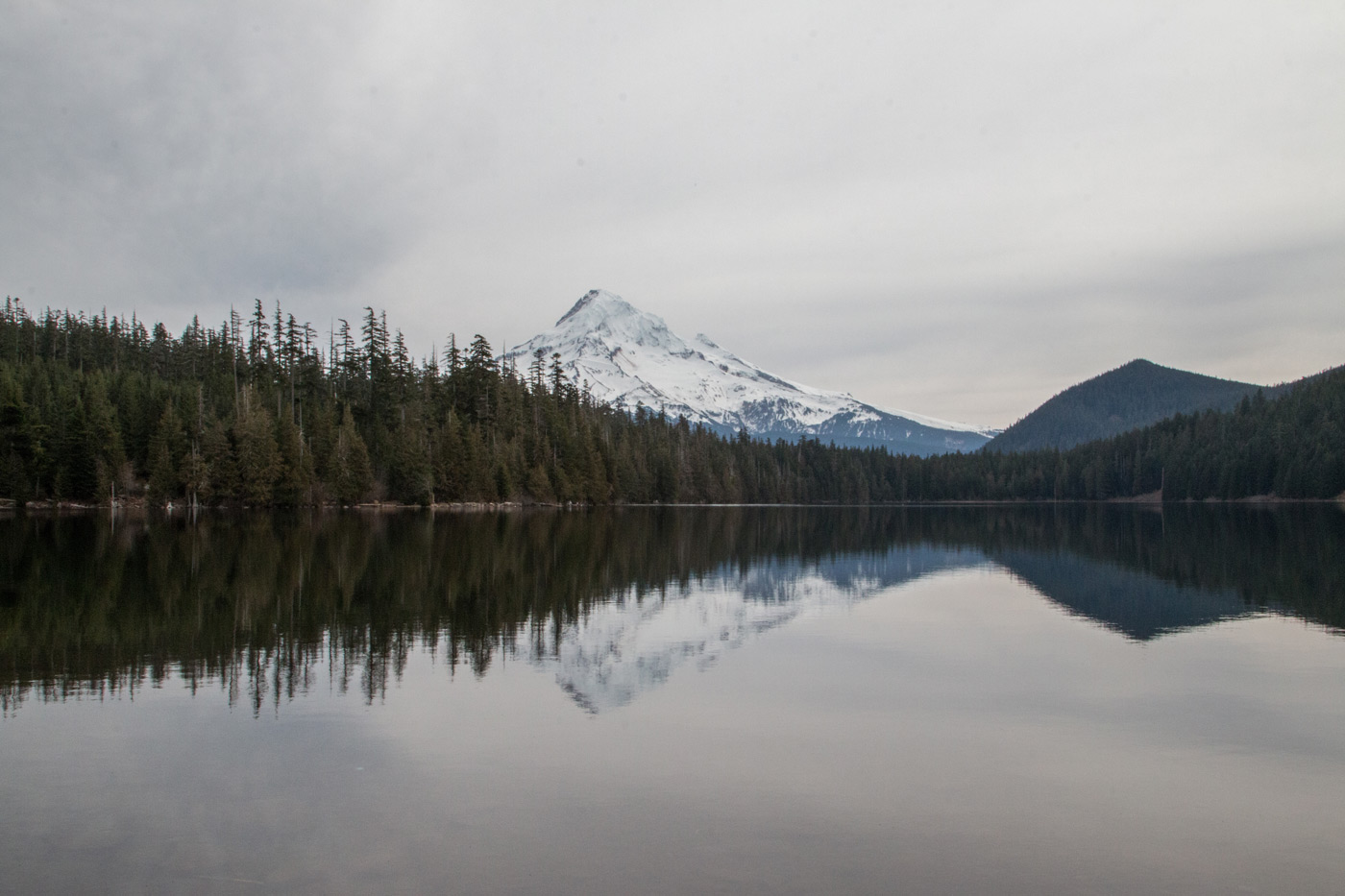 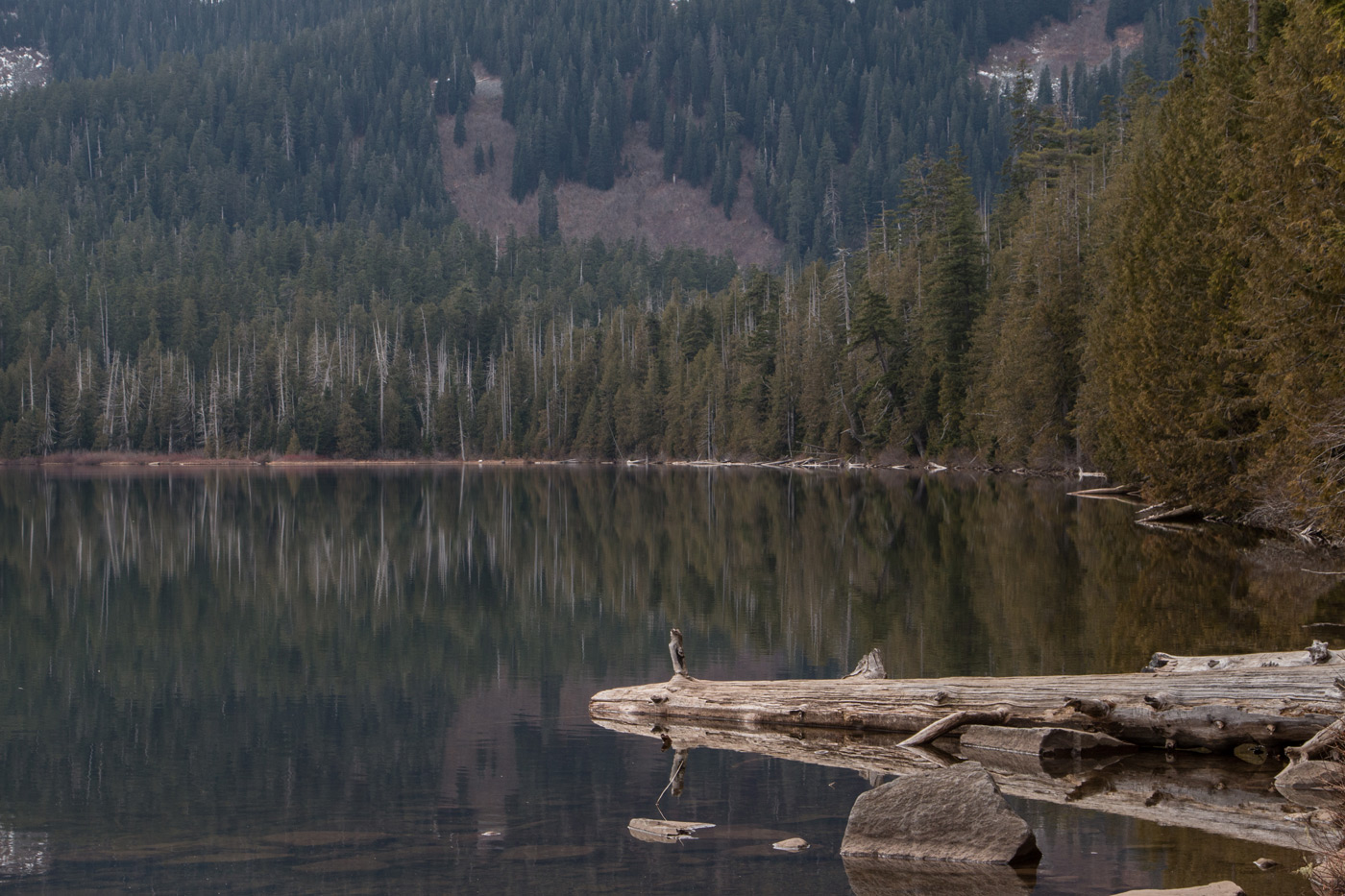 And now I’m sitting on a plane flying from Portland → Arizona for my next leg of the trip.