From New Orleans I rented a car, treating myself to a Ford Mustang, and drove along the Gulf of Mexico crossing from the state of Louisiana, through Mississippi, then Alabama, and finally into the state of Florida. 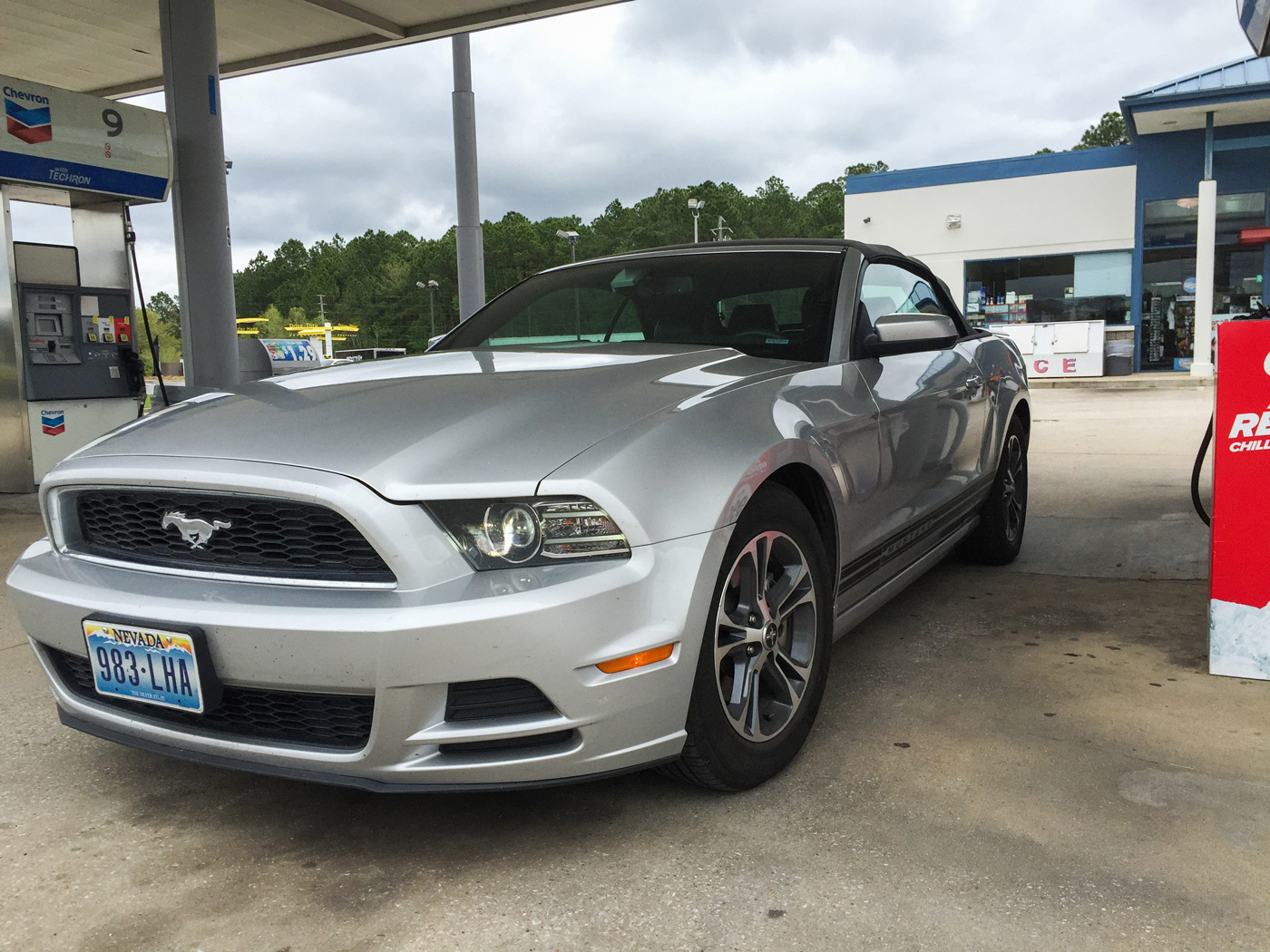 Travelling on a umm budget... 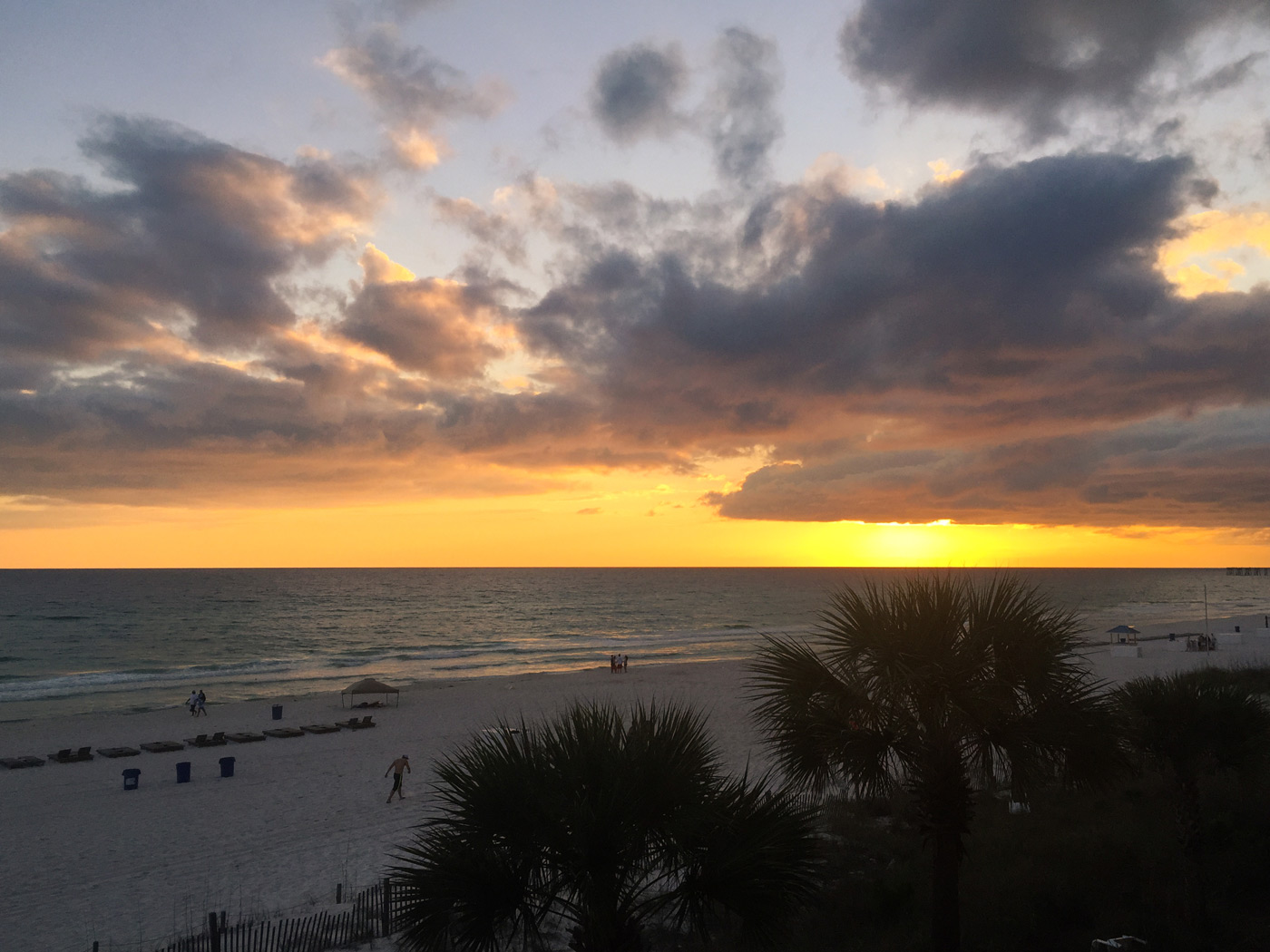 After missing most of my Australian summer being away in cold weather I was so keen to finally get to the beach. I’d heard PCB was one of America’s biggest spring break spots so I stopped in there for 5 days to party with the college kids and see if it really was anything like the movies.

On my first morning I walked up the beach looking for something to do and not knowing where to go. I got talking to groups doing the same as I went along and was told to follow them up to a beach party a few kilometres up the beach. I’m glad I did as this was the spring break I had imagined. Hundreds of people all swimming, drinking and dancing on the beach. They take the fraternity stuff very seriously down in the south and the large frat groups came well prepared. They all buried flags on flagpoles into the sand so their friends could find each other, came with beer pong tables, coolers (eskies to normal people) full of ice and beer, shot glasses, beer bongs, shade shelters and speakers.

In comparison to previous destinations making friends during spring break was harder as everyone was already in their large groups rather than other solo travellers. The Australian accent definitely helped though and instantly meant I was given beers, had shots handed to me, beer bongs filled and was invited to hang out with them. 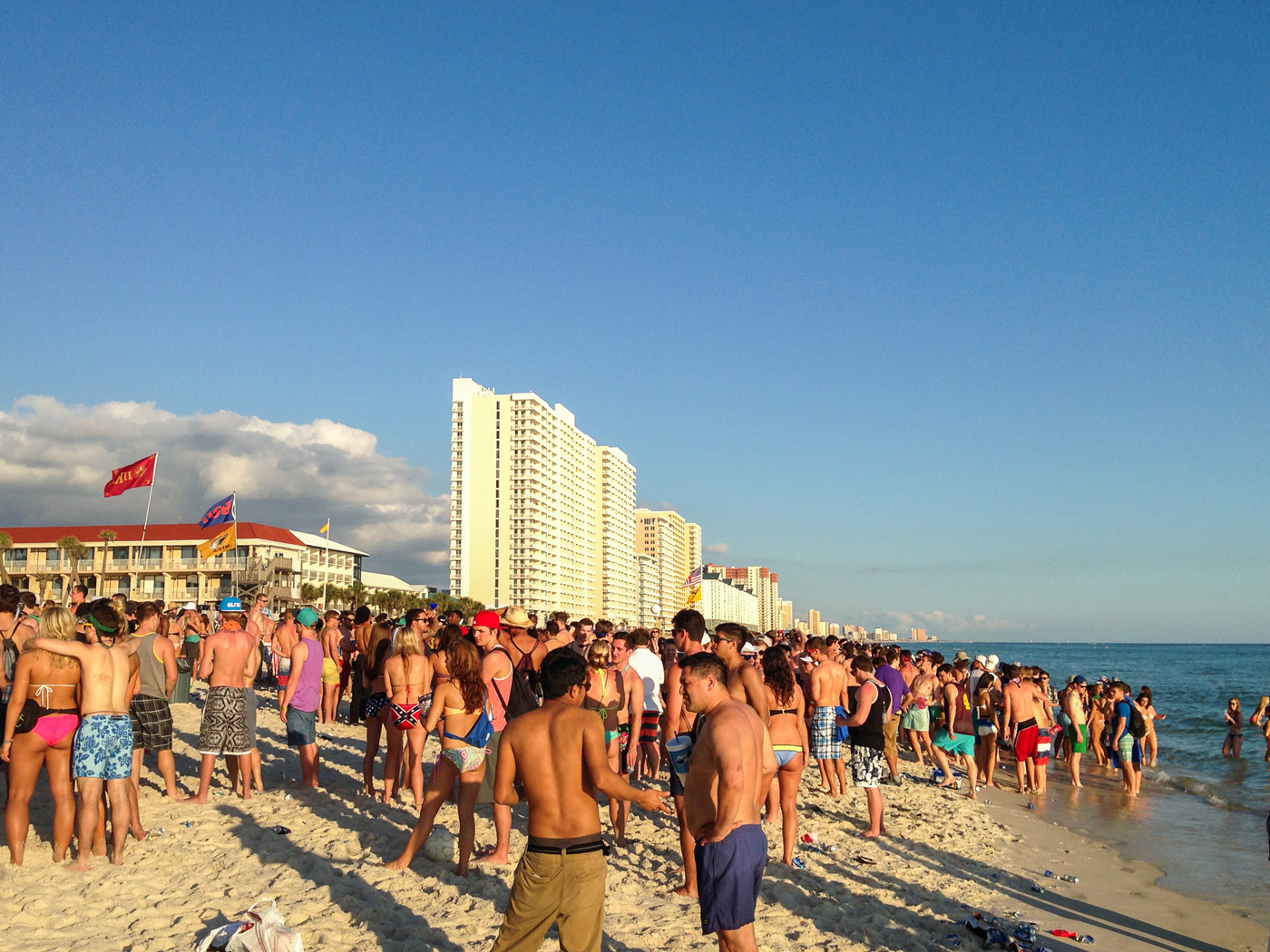 I woke up one morning and saw a group of guys from my balcony playing a game on the beach. I went down to see what it was and ended up staying with them all day until dark. The group was from Alabama and turns out the game is called corn hole and basically involves you and a teammate throwing small hessian bags trying to get them to land on the opposite board or even better through the hole. For a beginner I actually went surprisingly well. I also got to throw an American football around with some guys from Chicago and Mississippi.

The Alabama accent was amusing, strong and unusual and the self-confessed rednecks had plenty of funny questions for me. They couldn’t understand how and why I had come so far and what I was doing travelling around the world. One girl had never even left the state or been on a plane before so the fact I had come all the way from Australia was difficult to comprehend.

Guy from Alabama: "Wow, where are you from?"

Guy: "But you speak English so well? What language do they speak down there?"

I left Panama City Beach on a Friday and hired another, this time basic, rental car to drive the ~6hrs across the state to Orlando. Out of all the places I have driven in the US for some reason Florida is the worst and most stressful. Their drivers are far more erratic, aggressive and impatient. Speaking of stress I also stupidly managed to run the rental car to the lowest petrol level I have seen. The motorway had no petrol stations and the car got so low it even stopped the flashing warning estimate how many more miles it had left and just showed empty. I fortunately just made it and didn’t get stuck on the 5 lane road…

The Australian accent once again worked in my favour and I made friends with the owner of a bar in Downtown Orlando. I had an amazing burger for dinner, was given a ridiculous amount of beers, shots and doubled spirits yet to my protest at the end of the night he refused to let me pay. A win for the backpacker budget!

I love it when things just work out and the reason I stopped in Orlando, as luck would have it, was to fulfill the teenage dream of seeing The Ataris play live. The tour dates lined up perfectly with my passing through Florida and I even got to meet Kris Roe, buy a tshirt from him and talk about my trip. 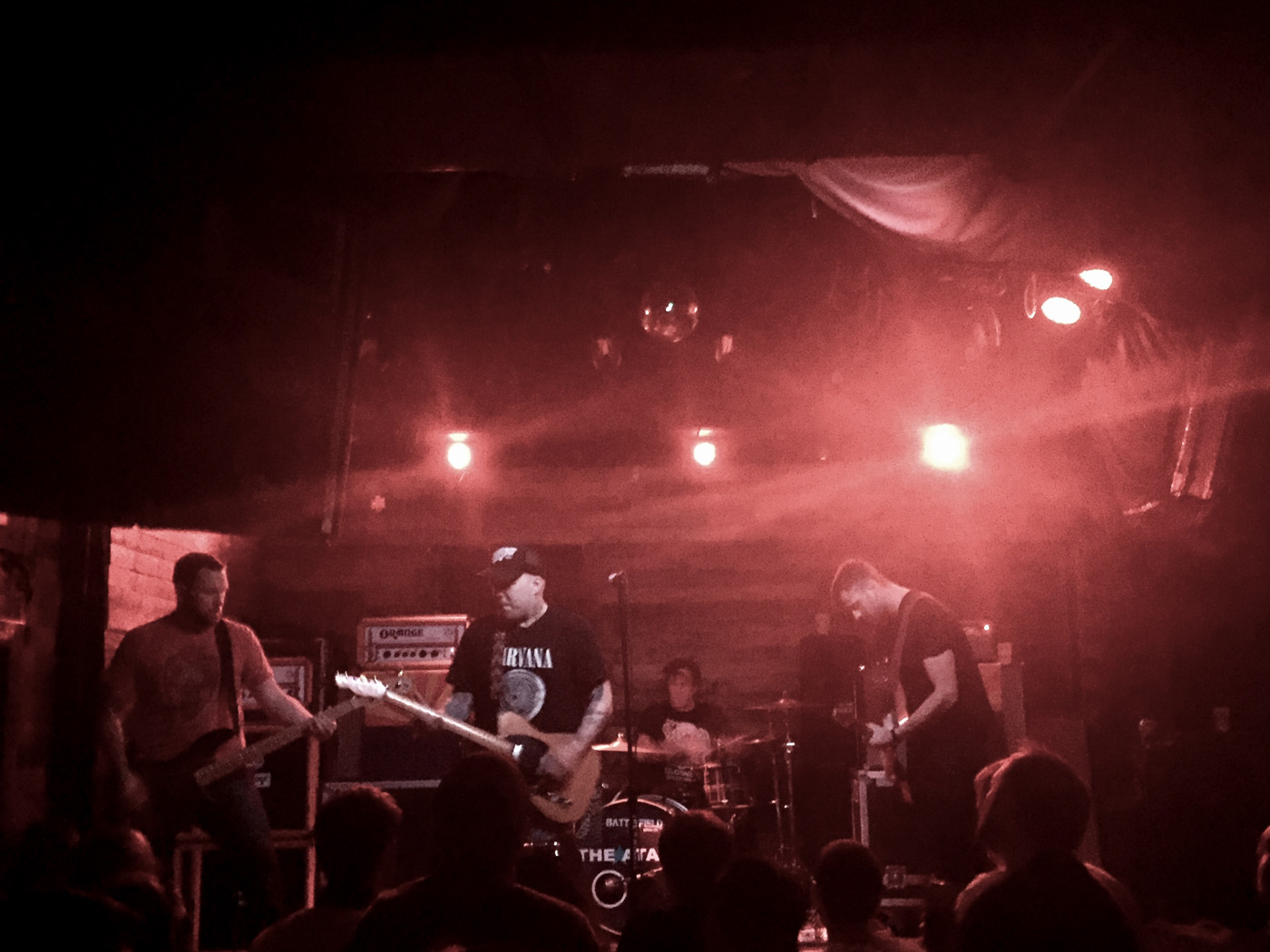 I went by Greyhound bus down 5.5hrs from Orlando to Miami and then took an Uber into South Beach. My driver was a crazy but friendly Brazilian guy who was keen on showing me as much as he could on the drive in even if this meant stopping in the middle of the road so he could point at girls or in the middle of a bridge so that he could show me the water view… My favourite line from him though as we pulled into the chaos of Ocean Drive:

The US does not seem to have as many hostels as most other parts of the world and despite me enjoying having my own hotel rooms with free laundry and gym it was starting to get expensive. Miami is much more geared toward tourists and thankfully had a number of hostels to choose from, though this hostel was much nicer than any other I have seen before… 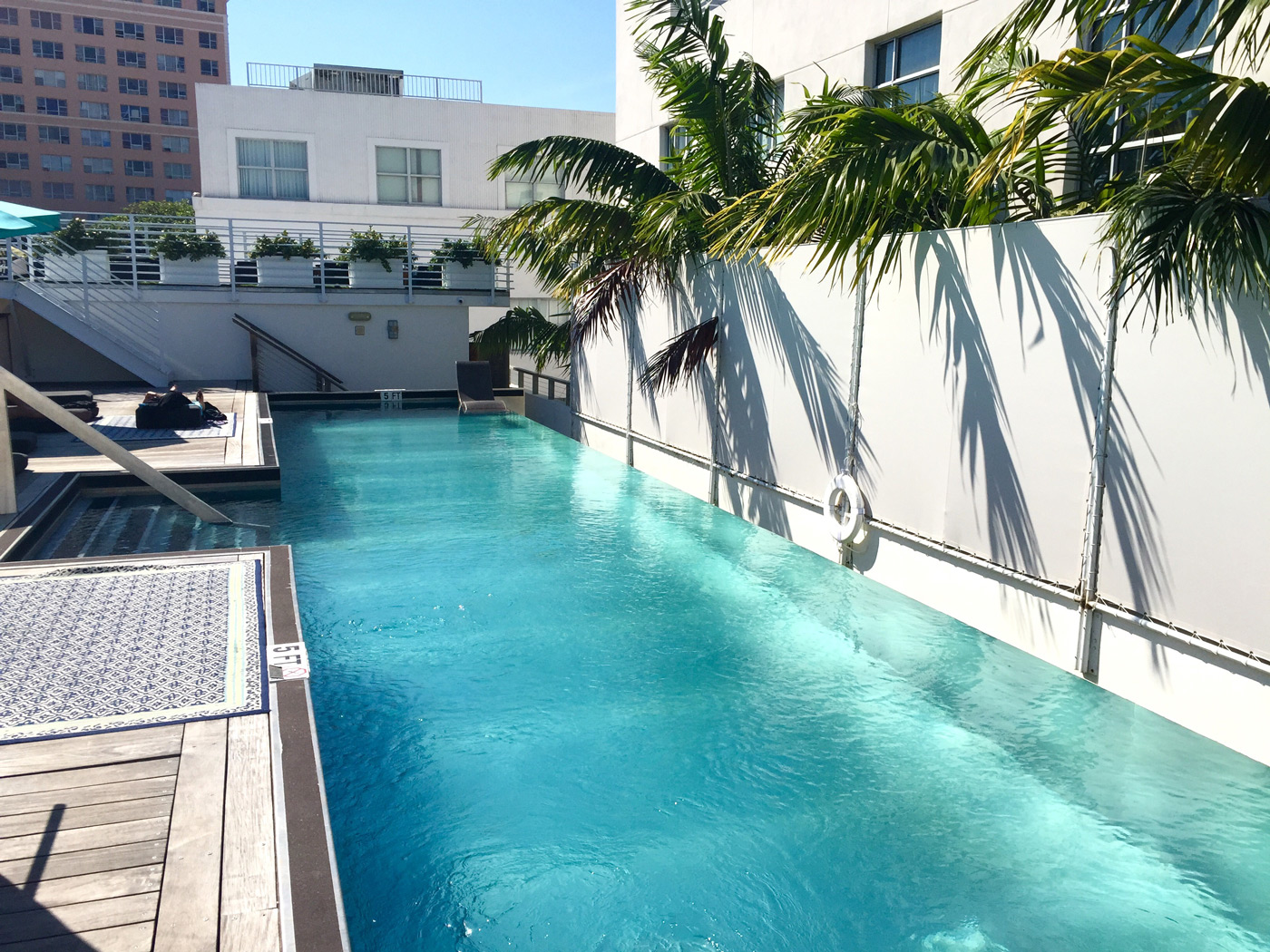 Another good thing about being in a hostel was that I had friends again! Pretty much everyone else is in the same situation and travelling alone so it was much easier to meet people. It’s also far simpler to go to the beach in a group and not have to try and watch your stuff on the sand while swimming. Our group had people of all ages and from all over including Denmark, Germany, Russia, Korea, Japan, Indonesia and Sweden. 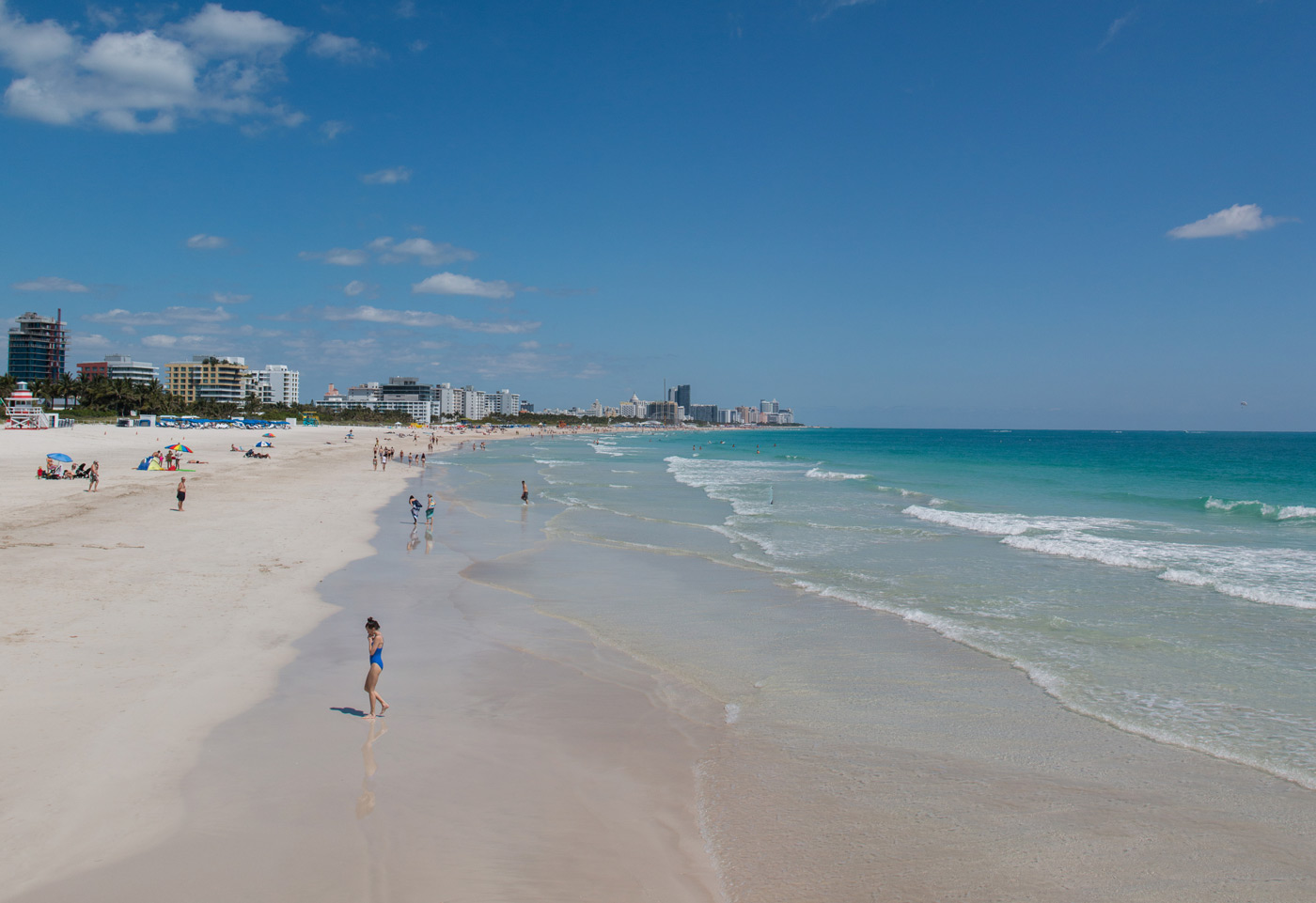 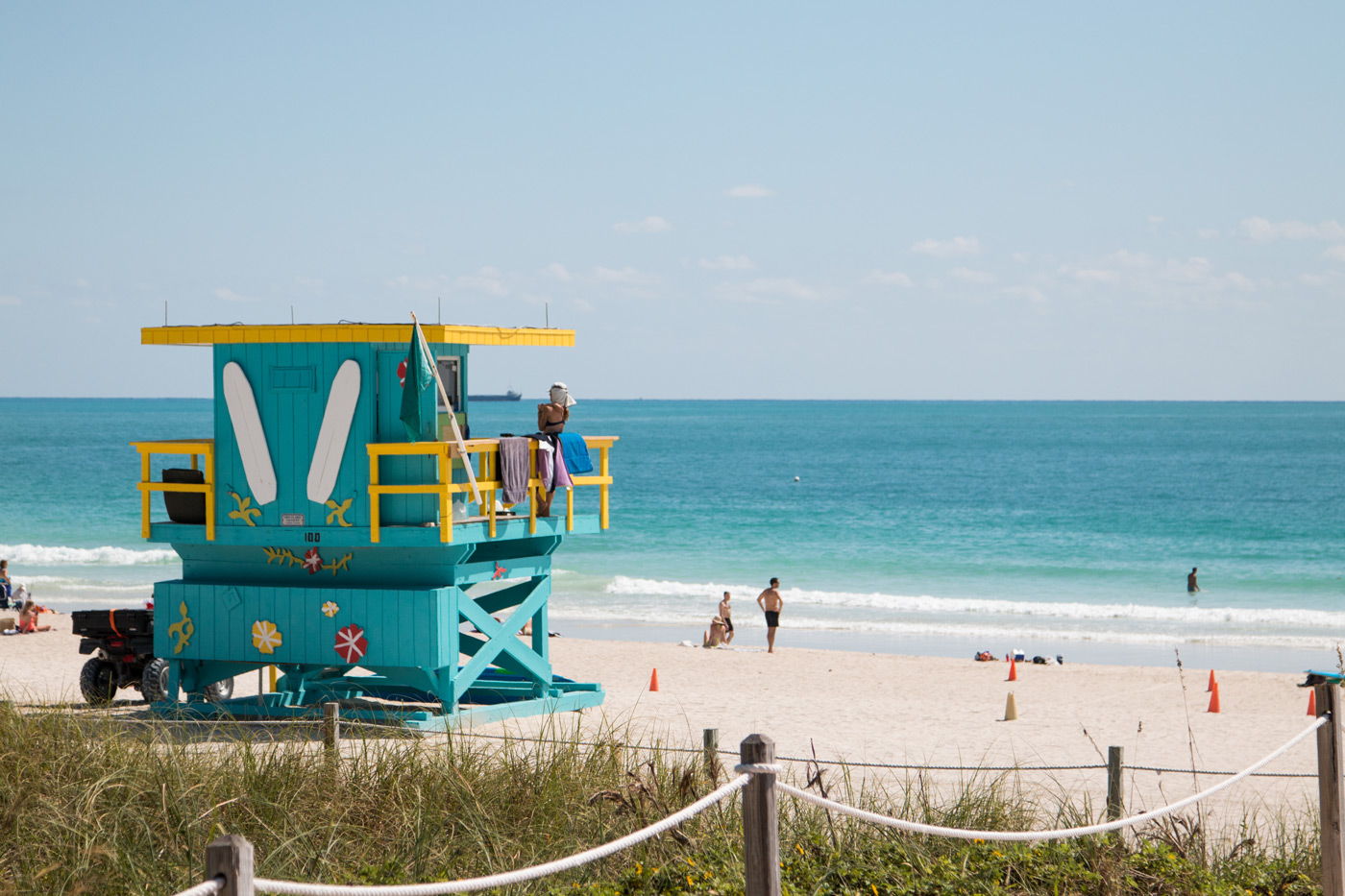 South Beach gave me plenty of opportunity to hang around the beach enjoying the hot weather and getting my tan back. The water is a warm 25ºC and a clear blue colour. As per usual I did a lot of exploring on foot and found an island where all the rich people and celebrities live with a private ferry, no bridge, and a private golf course.

I’m now on a plane flying back west from Miami → Austin, Texas and am looking forward to all the Texan BBQ!