I left Portland early in the morning and arrived into a much hotter Phoenix, Arizona just after lunch. I picked my rental car and began the 2.5hr drive up to Flagstaff, a convenient spot to be based for day trips in the car.

My first day in Flagstaff was cloudy so I opted to let the Grand Canyon wait and I set off early to explore other spots I had in mind.

On recommendation from a drunk guy in a bar the night before I drove for over an hour along a bumpy dirt road in the dry Arizona desert by myself in my shitty rental car. I hadn’t seen one other person and just as I was about to give up and turn around I found this place… 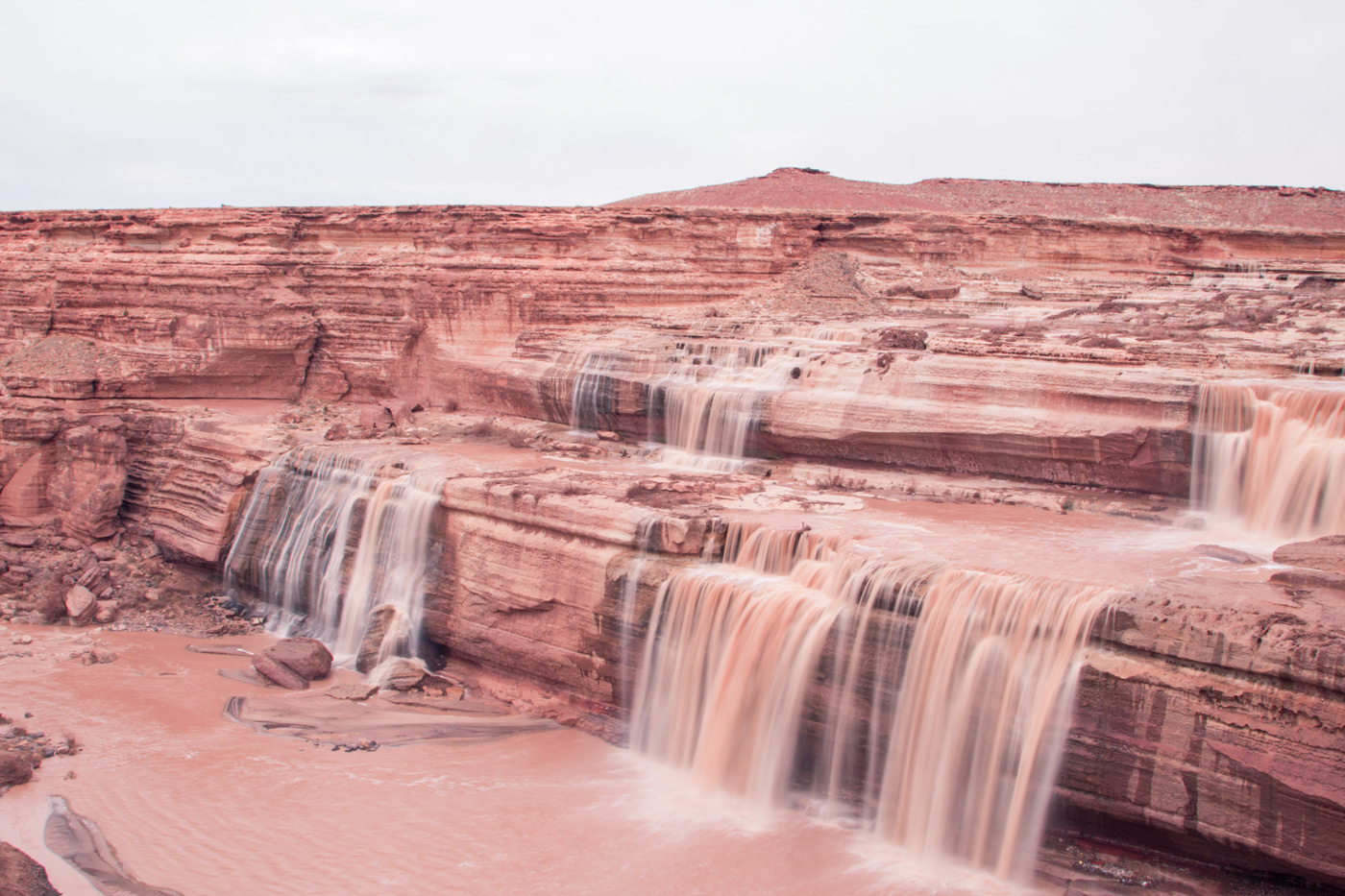 It was the last thing I expected to see after driving through a flat, dry red dirt desert for an hour.

Driving through the desert and some small remote towns was very interesting. The landscape changed shape and colours so frequently that there was always something to pull over and take a photo of. 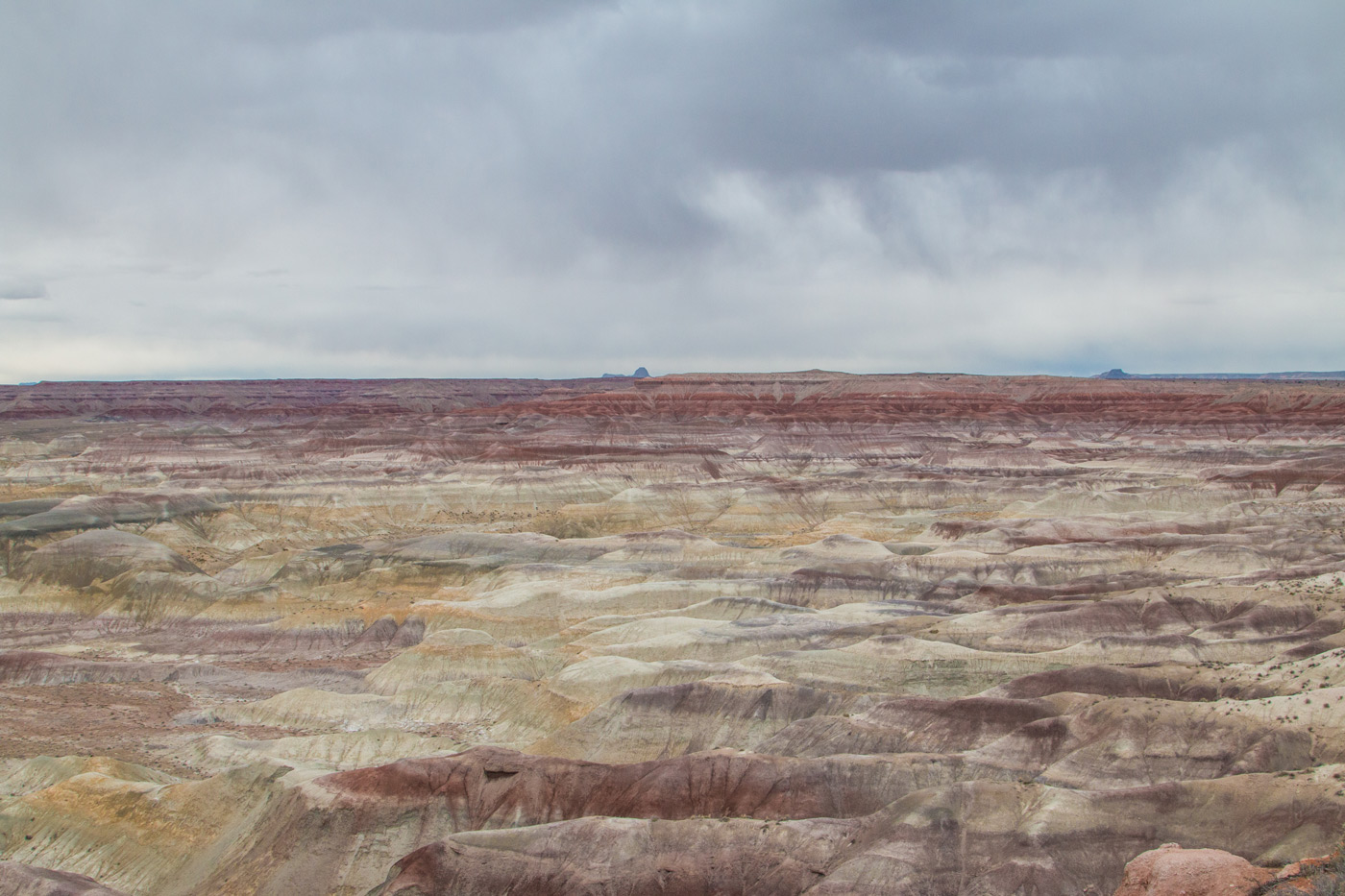 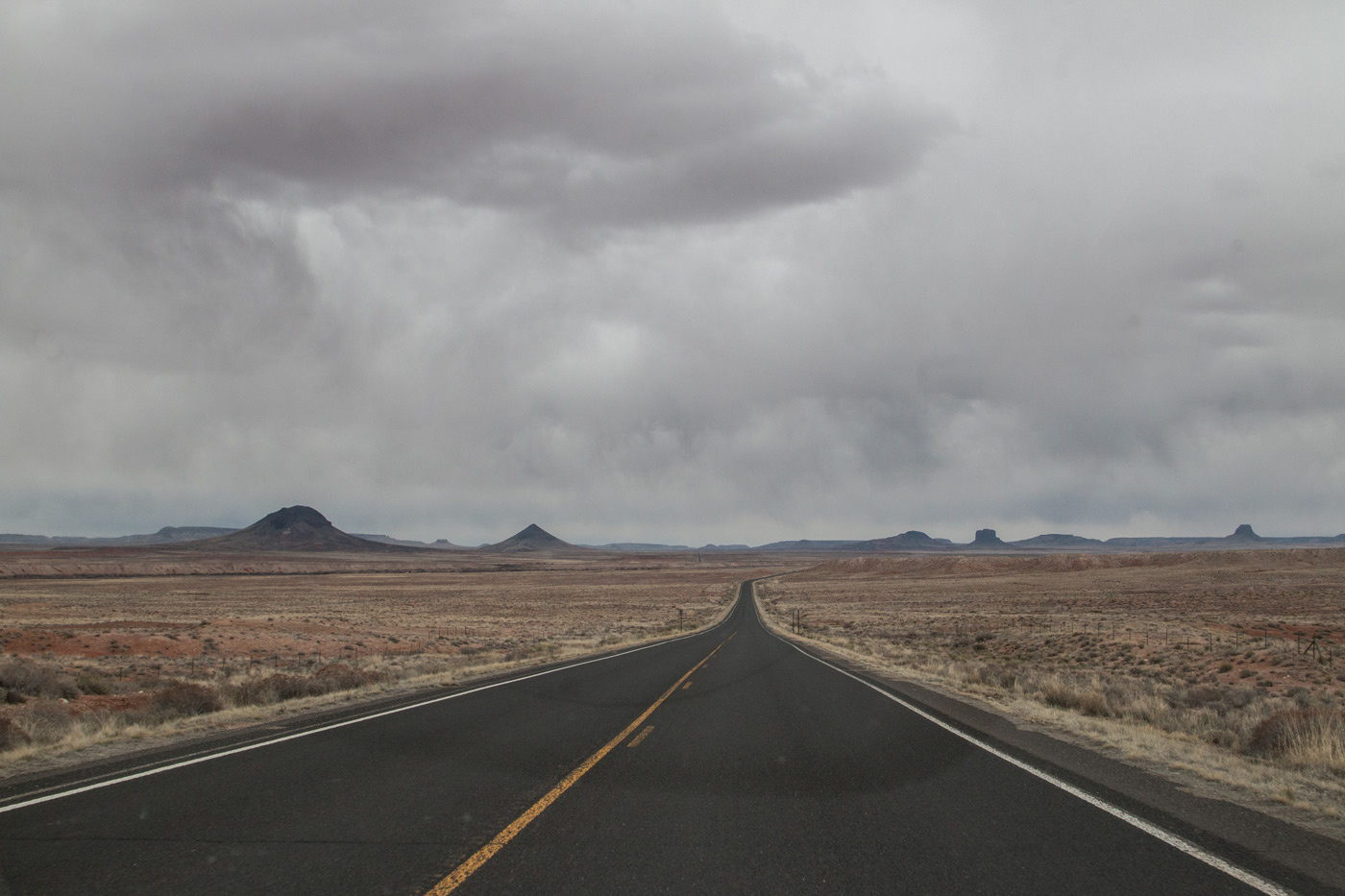 I got up early and drove straight out to the Grand Canyon hoping the beat any crowds. It ended up being a great move as there was so much traffic heading in as I was leaving. I also picked a great day for it as the blue sky made an excellent backdrop against the coloured cliffs. The clear day was also ideal to see far into the distance in every direction from within the canyon. From the south rim I hiked the Kaibab Trail to Cedar Ridge, approximately 5km round trip down the canyon. I can only assume the time estimates of 2-3hrs are aimed at Americans as I’m no hiker and it took me an hour and 15 minutes walking time.

The hike was fantastic and it was great to get down into and see the Grand Canyon from many different angles and take in the scale and view rather than what seemed commonplace to just pull up in the car get out for 10 minutes and take some photos from the lookout then back in the car. That’s not to say the effort of my hike was anything extraordinary in comparison to what a lot of other serious hikers were doing and with more time and equipment I would like to go back and reach the bottom of the canyon and then camp overnight. 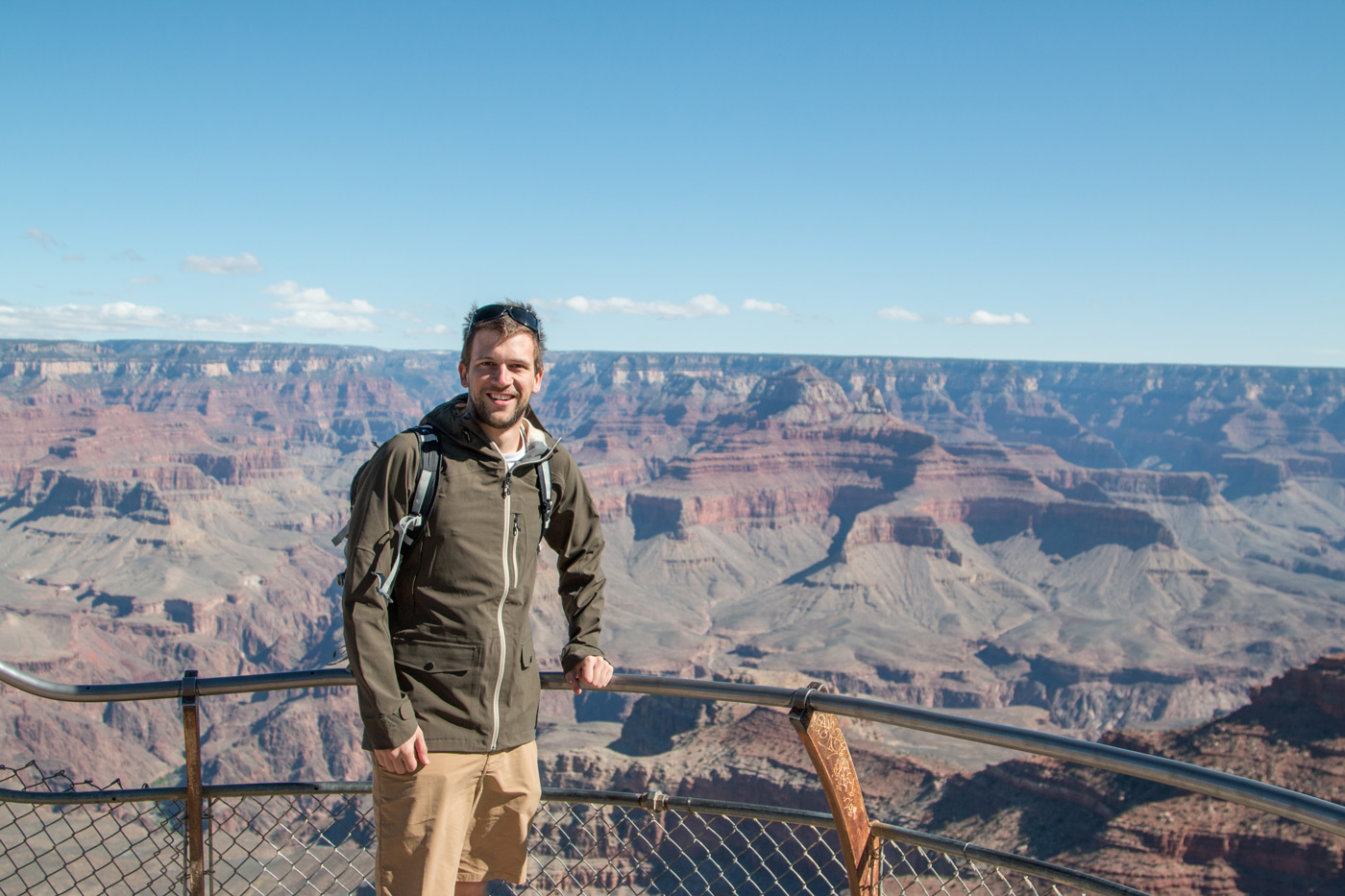 Me at Grand Canyon South Rim

Based on several recommendations I took a drive from Flagstaff down to Sedona to have a look around. You didn’t have to even venture far from the road to see the massive, bright red sandstone formations. 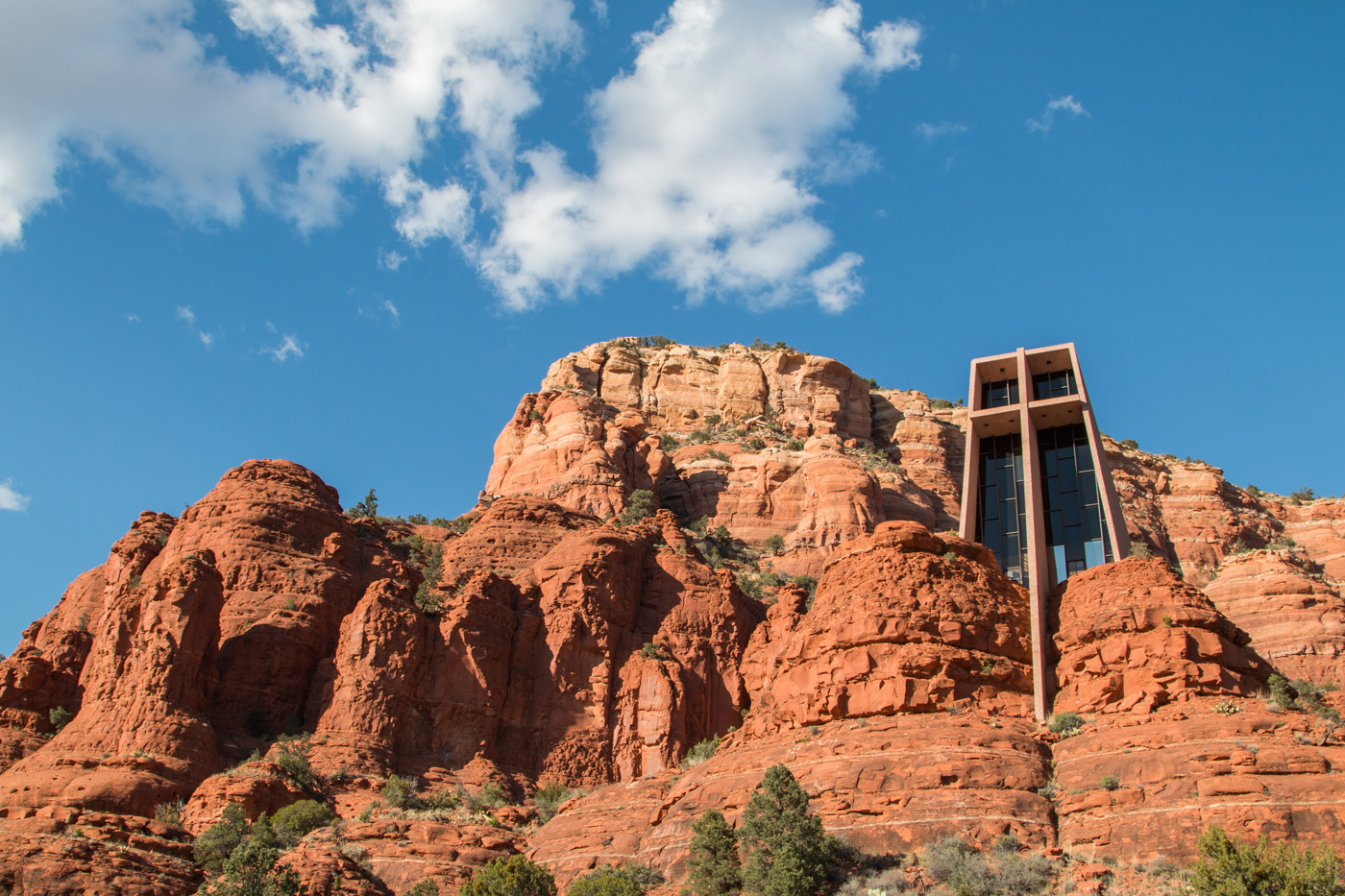 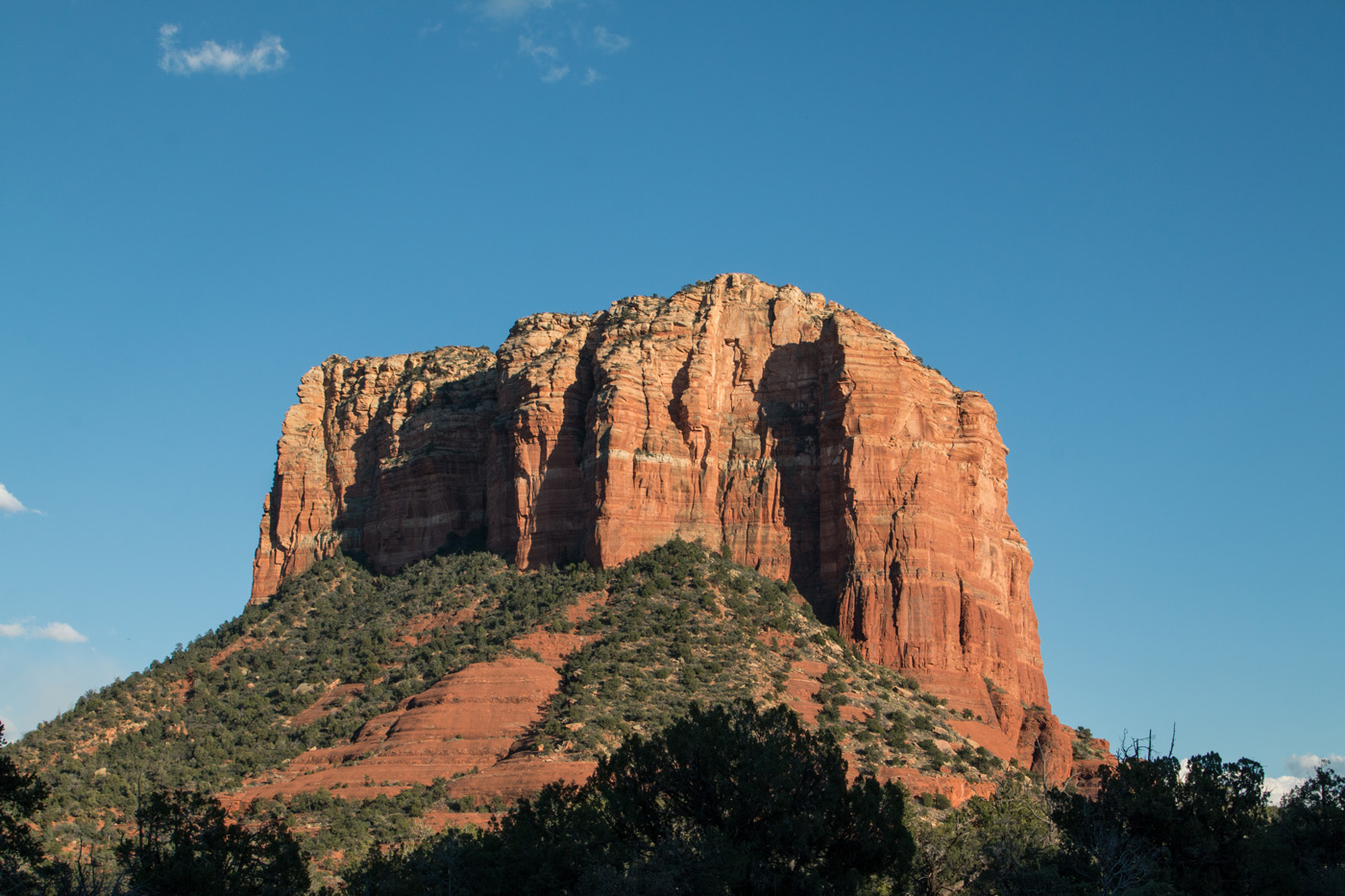 I took the chance to do something I can’t do at home and grabbed a ticket to the Nascar at Phoenix International Raceway. I didn’t get the memo about ear plugs or ear muffs though and it was deafeningly loud. It was a very American experience to say the least.. 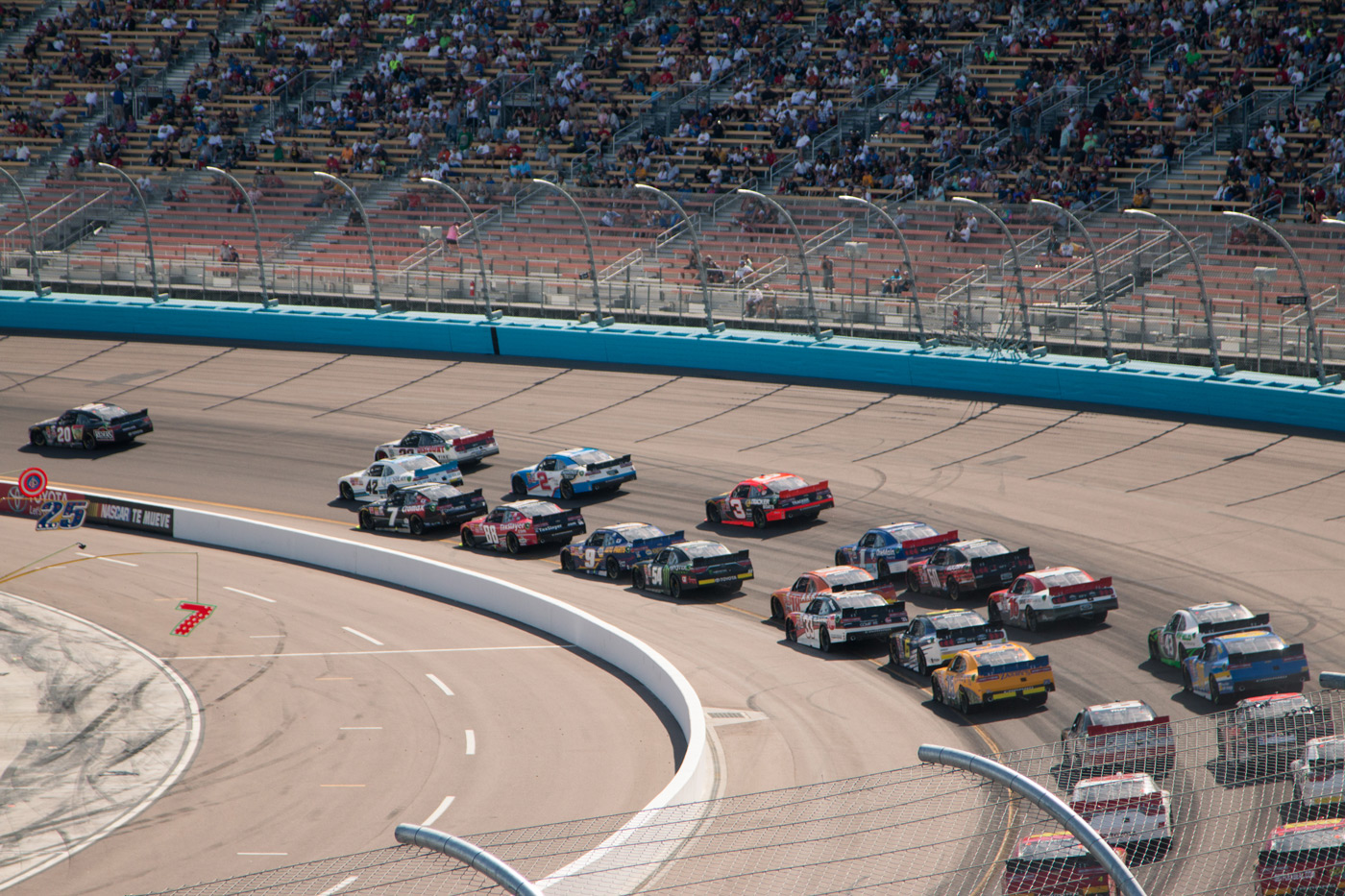 By pure coincidence the MLB spring training Cactus League was on while I was here and even better the Giants were playing Arizona on my last night in Phoenix. I bought a ticket in a great seat and drove up to Salt River Fields at Talking Stick. 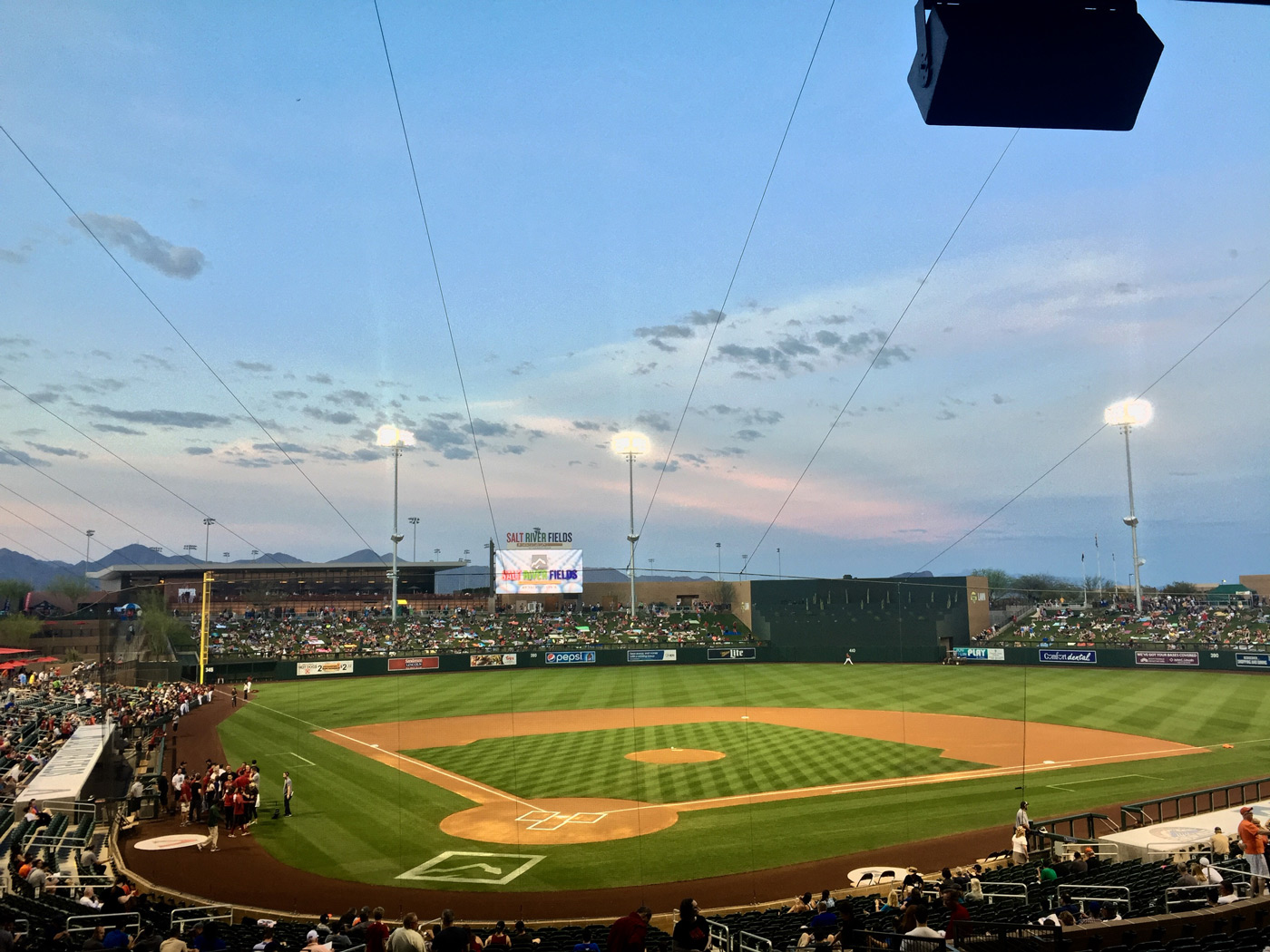 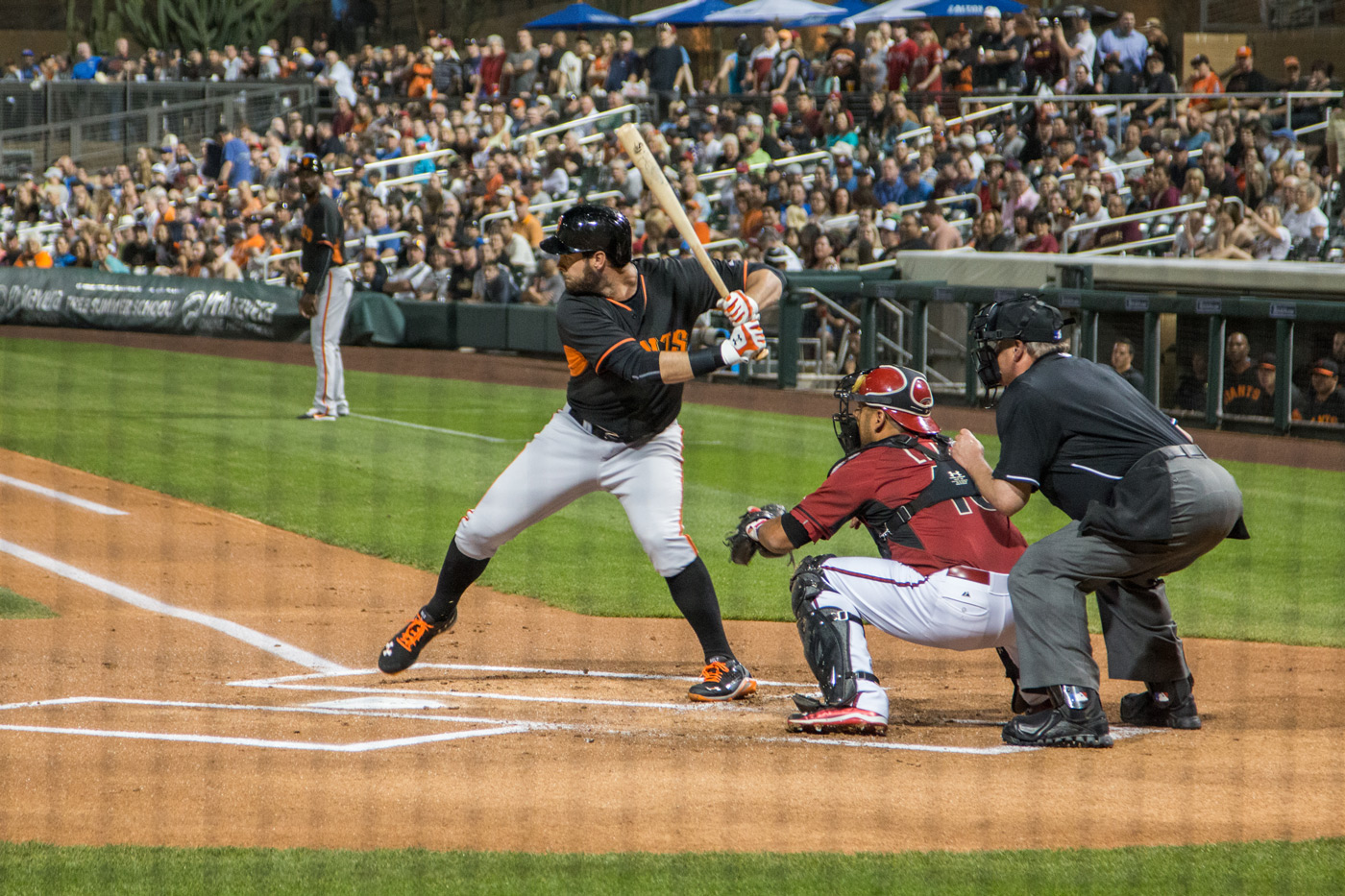 Brandon Belt just before his homerun 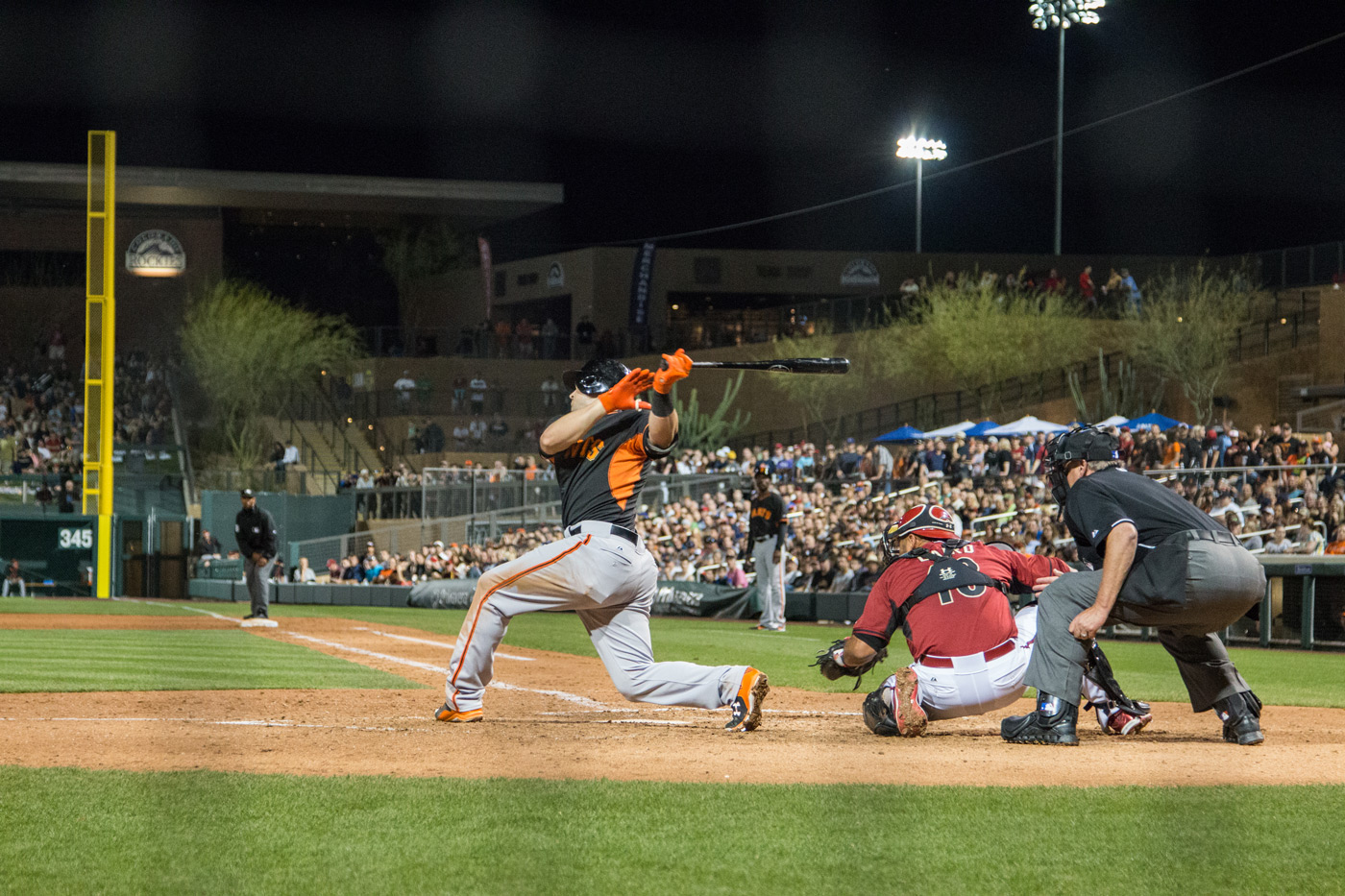 Great seats close to the plate

To tell the truth I originally decided to stop in Arizona just to see the Grand Canyon. Initially I had thought about skipping it given it was a lot of effort and extra cost just for that. In the end I’m glad I made the stop as well as giving myself extra time here as Arizona had so much more to see. I ended up driving 1600km in 4 days and loved exploring by car and on foot. There is so much more to see that you could’ve spent weeks here.

I’m now flying from Phoenix → Denver on my way to my next stop Boulder, Colorado.