Recent travel » USA - Seattle, Washington - First stop in the US

My first stop in the USA was Seattle, located in the pacific north west in the state of Washington. I stayed in a hostel right across from Pike Place Market, a farmers market full of fresh food stalls and locals selling their crafts. 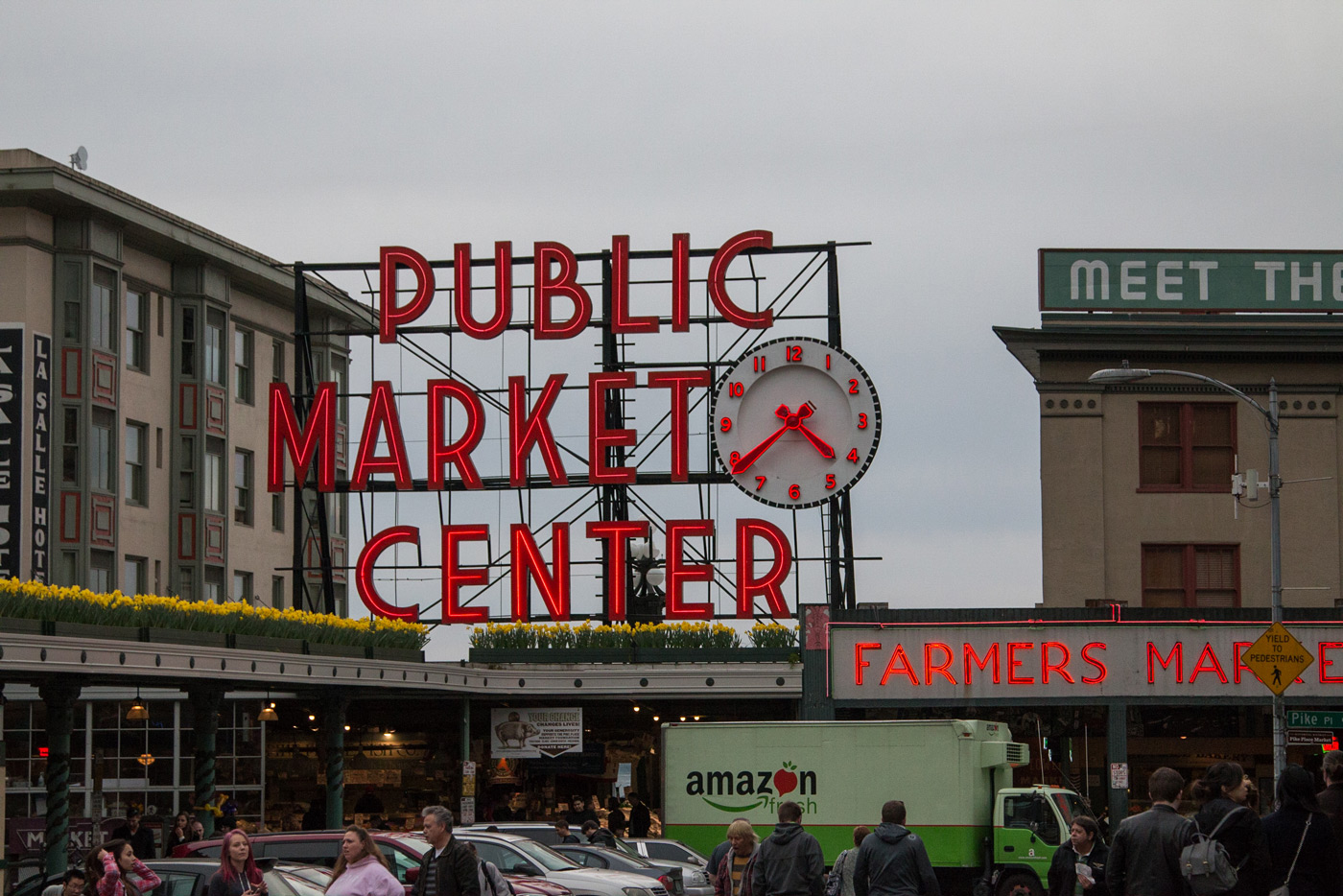 Despite coming straight off the plane I joined the hostel crowd on the first night for a pub crawl up to Capitol Hill.

The following morning I joined the Seattle free walking tour which was a great way to see Downtown and get some helpful local tips. I was told I was very lucky with the weather and the tour finished up on the wharf looking out to west with the Olympic mountain range in the background looking like a painting backdrop. 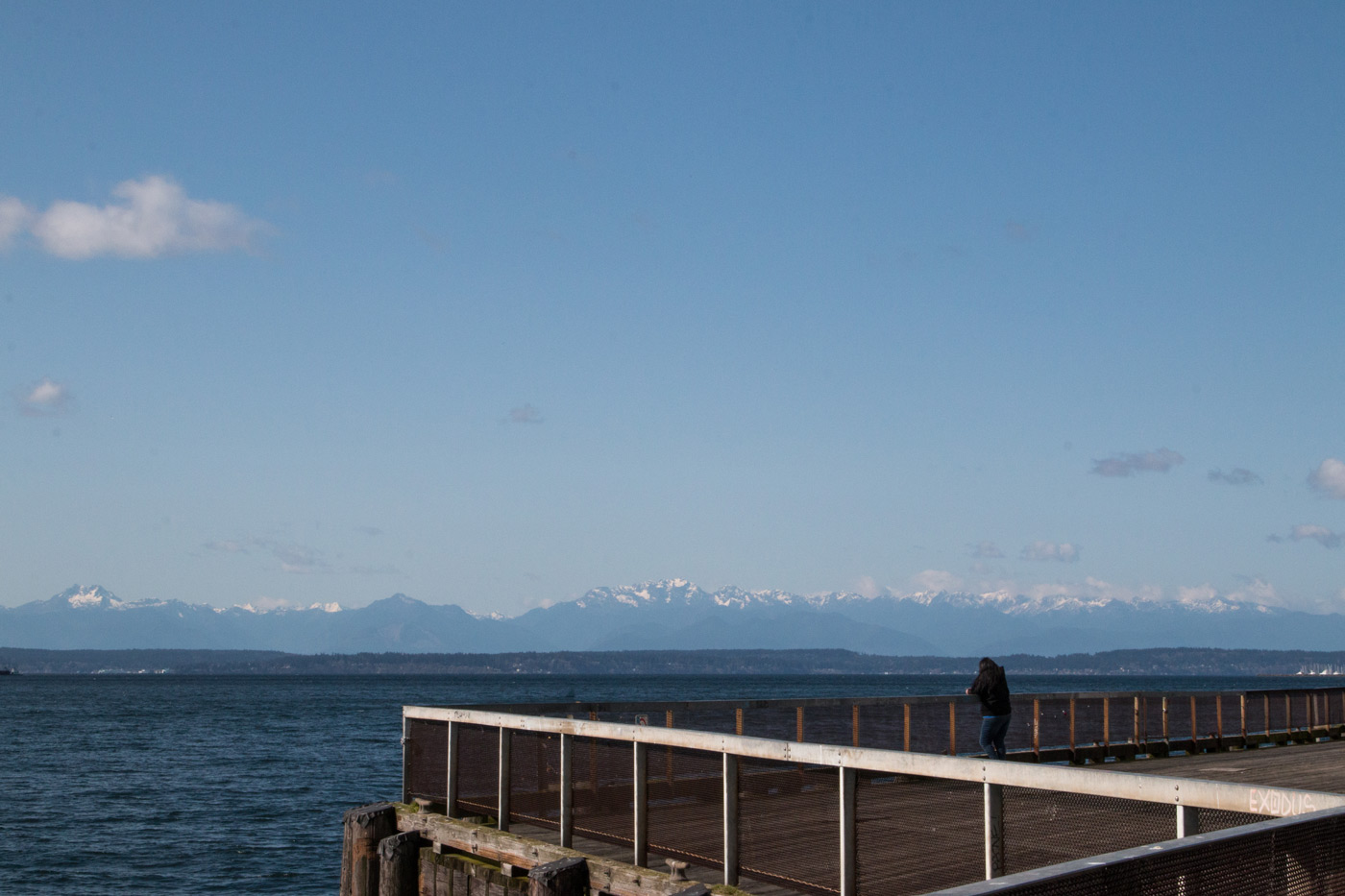 I walked up to the Space Needle and on the tip of a photographer selling prints in the market I continued walking and made my way up hill to Kerry Park to see an uninterrupted view of the whole city. This would prove to be a big day of walking at 14km all up. That night I caught up with a mate from uni, Tim, who was now working in Seattle for Amazon. We had some beers and caught up on what its like living and working over here. 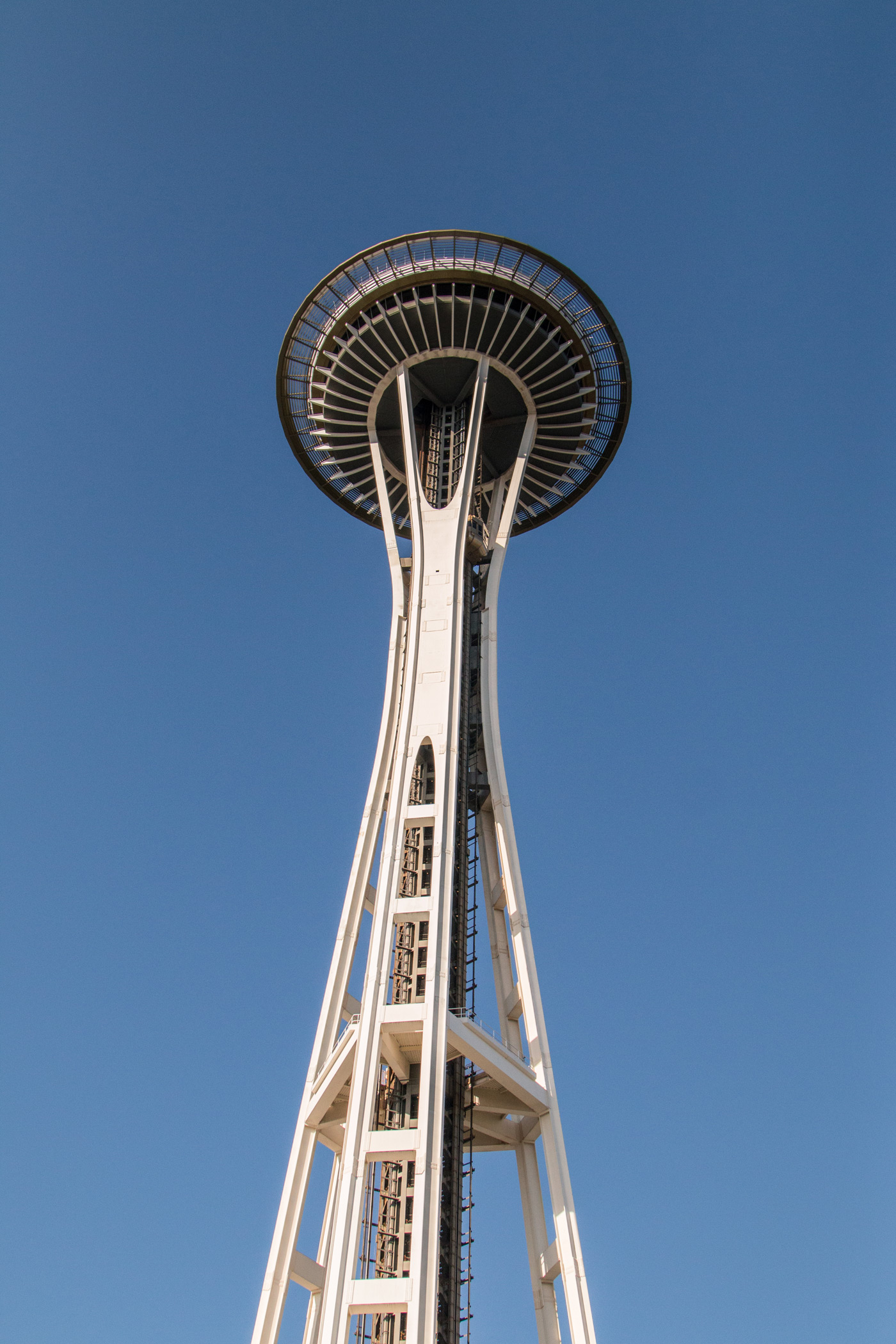 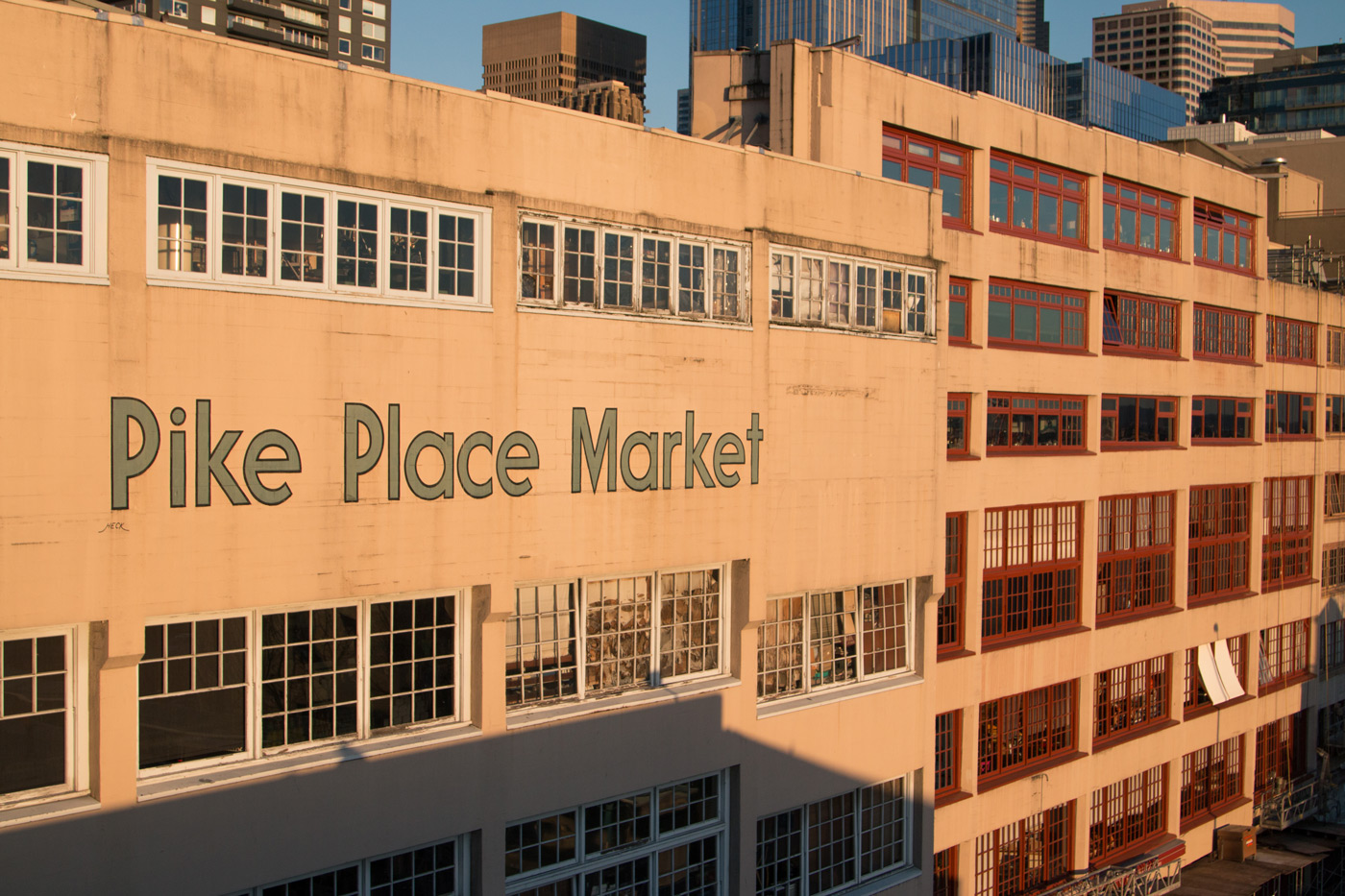 Market in the afternoon sun

On the recommendation of a guy in my hostel the following day I went to the EMP Museum (Experience Music Project). The exhibits covered music, sci-fi and pop culture. I’m not usually one for museums but I got completely sucked into it and looked at the time as I was leaving and I had been in there for 4.5 hours! The Pacific North-West is the birthplace of grunge and punk music with bands such as Nirvana, Pearl Jam, MxPx all being formed in the area. There was a huge exhibit on Nirvana which consumed most of my time and I think I read and watched everything in there. 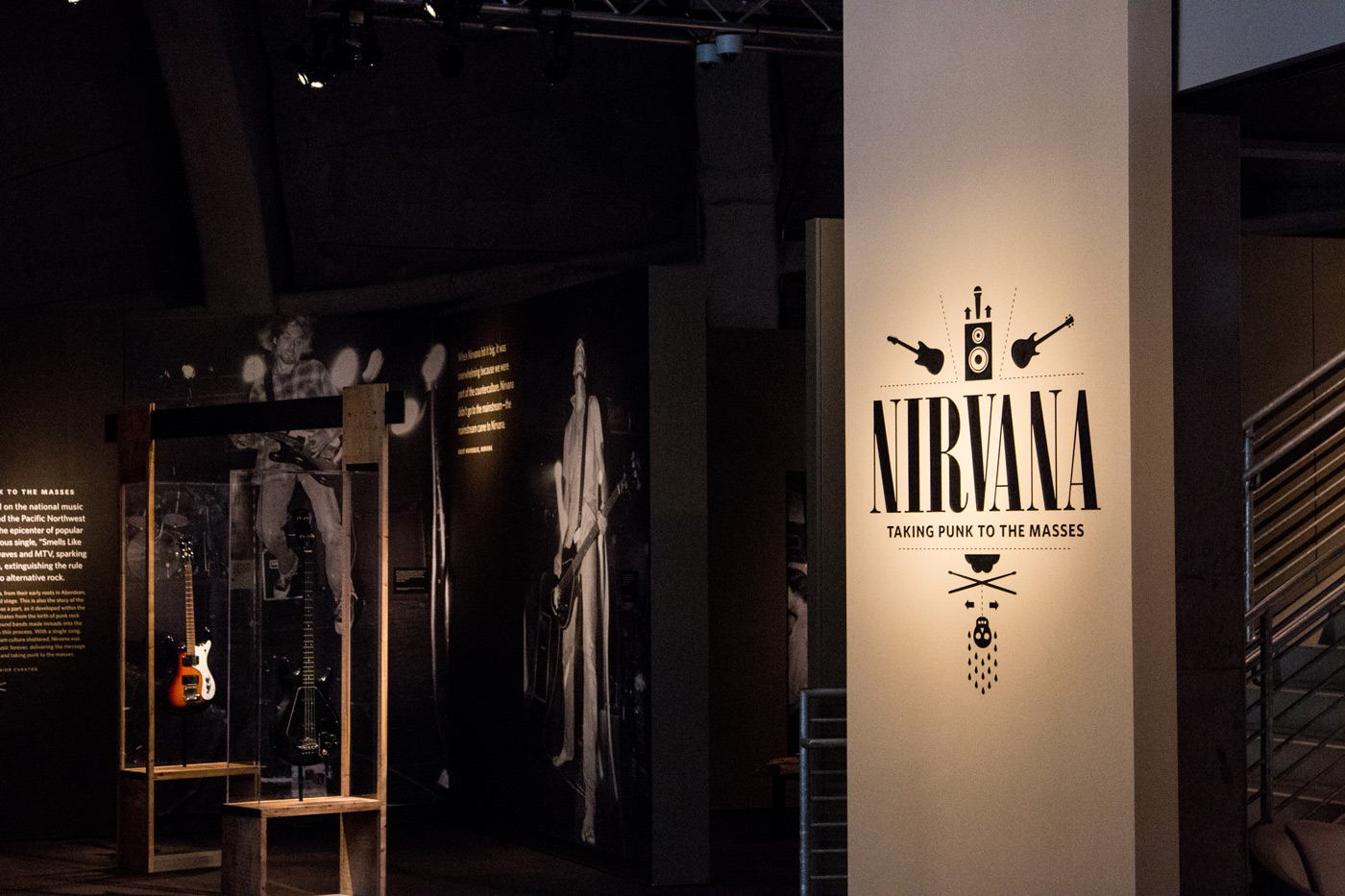 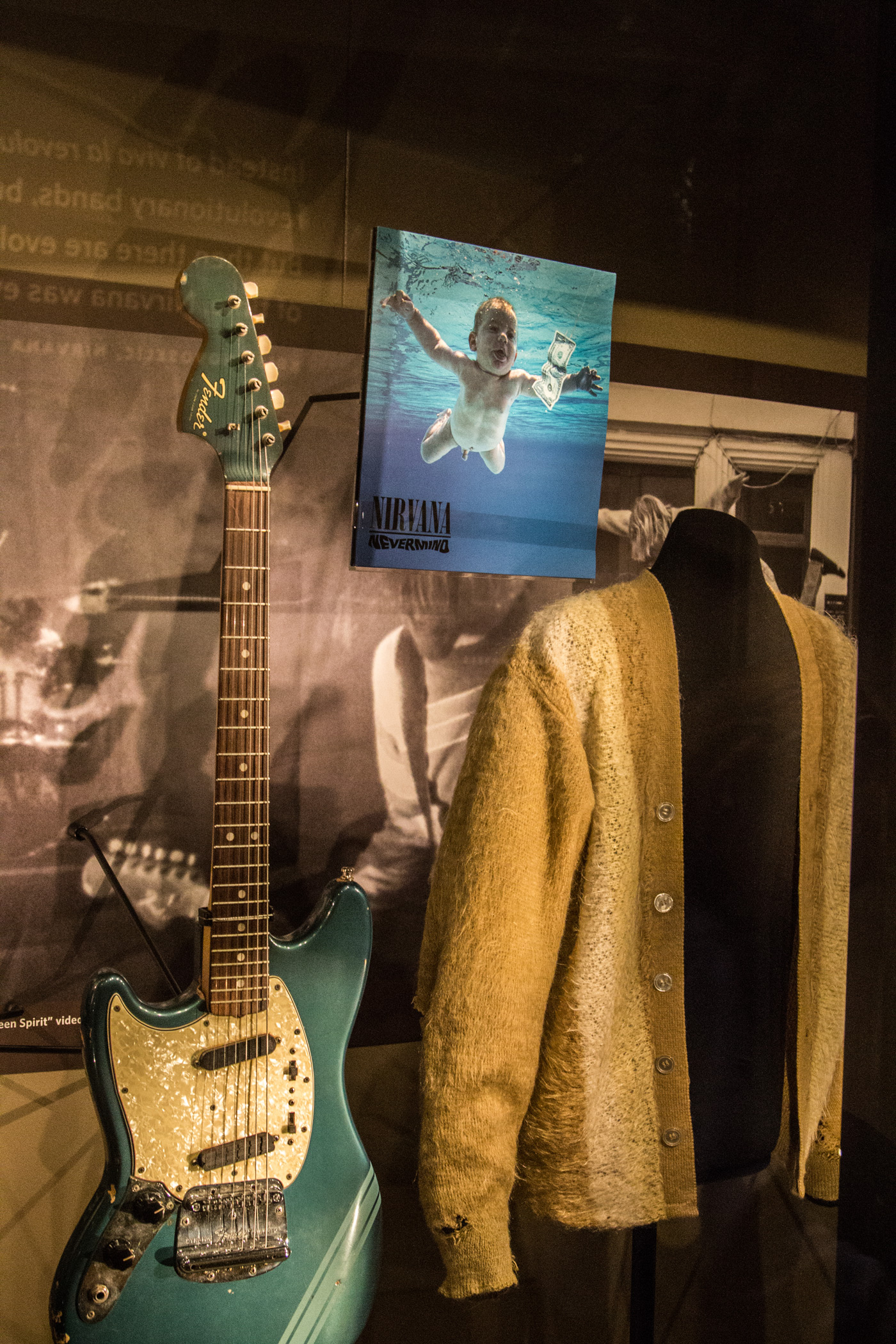 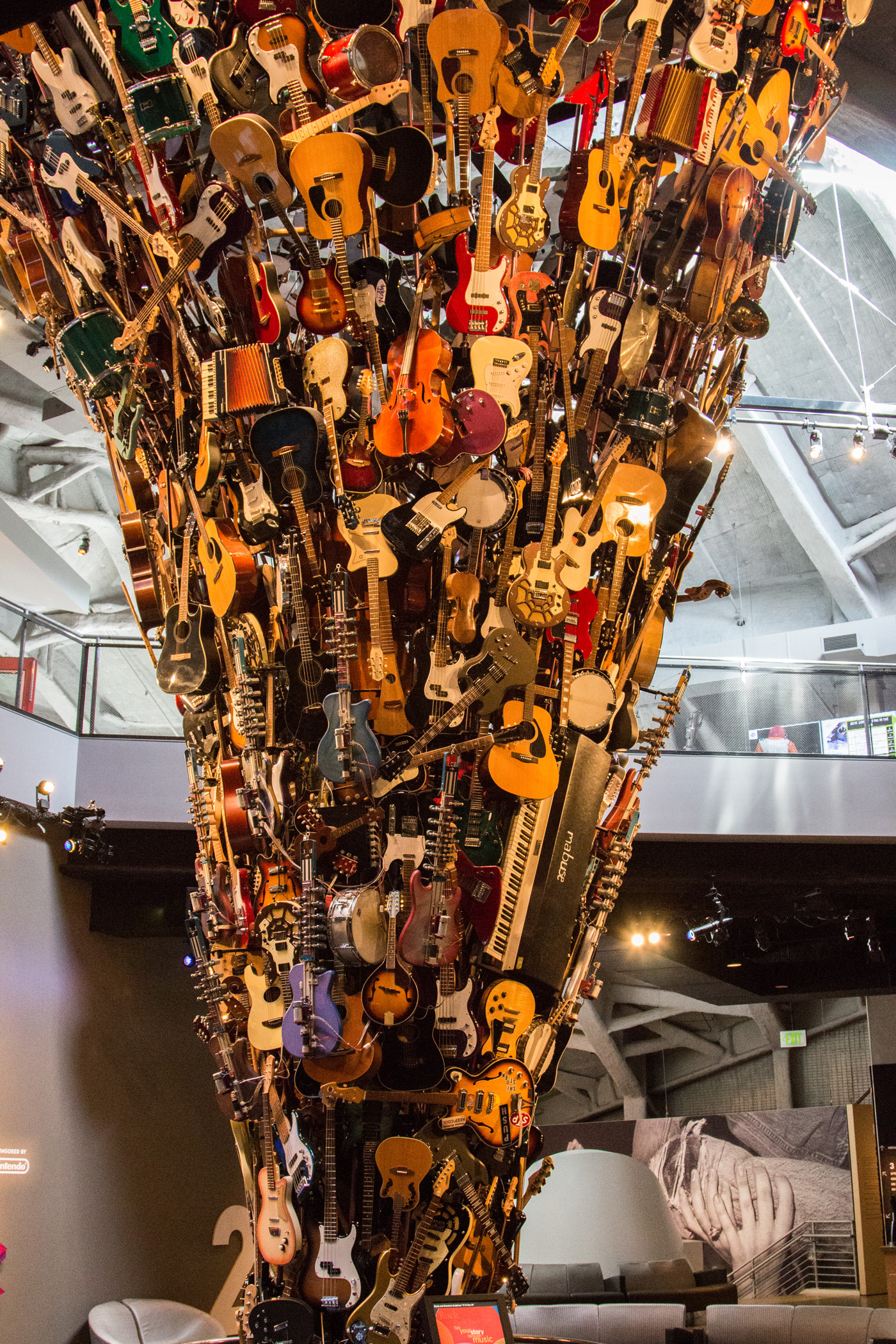 Uber proved extremely helpful in getting around during my time in Seattle and also for getting excellent tips from locals on what else to see and do. I took a ride up to the University of Washington to check out the campus and was blown away at the facilities they have over here. Unfortunately it is not football season but I managed to find a sneaky open gate and went into the stadium at field level. The football stadium was huge, not to mention also having an indoor football field for training. 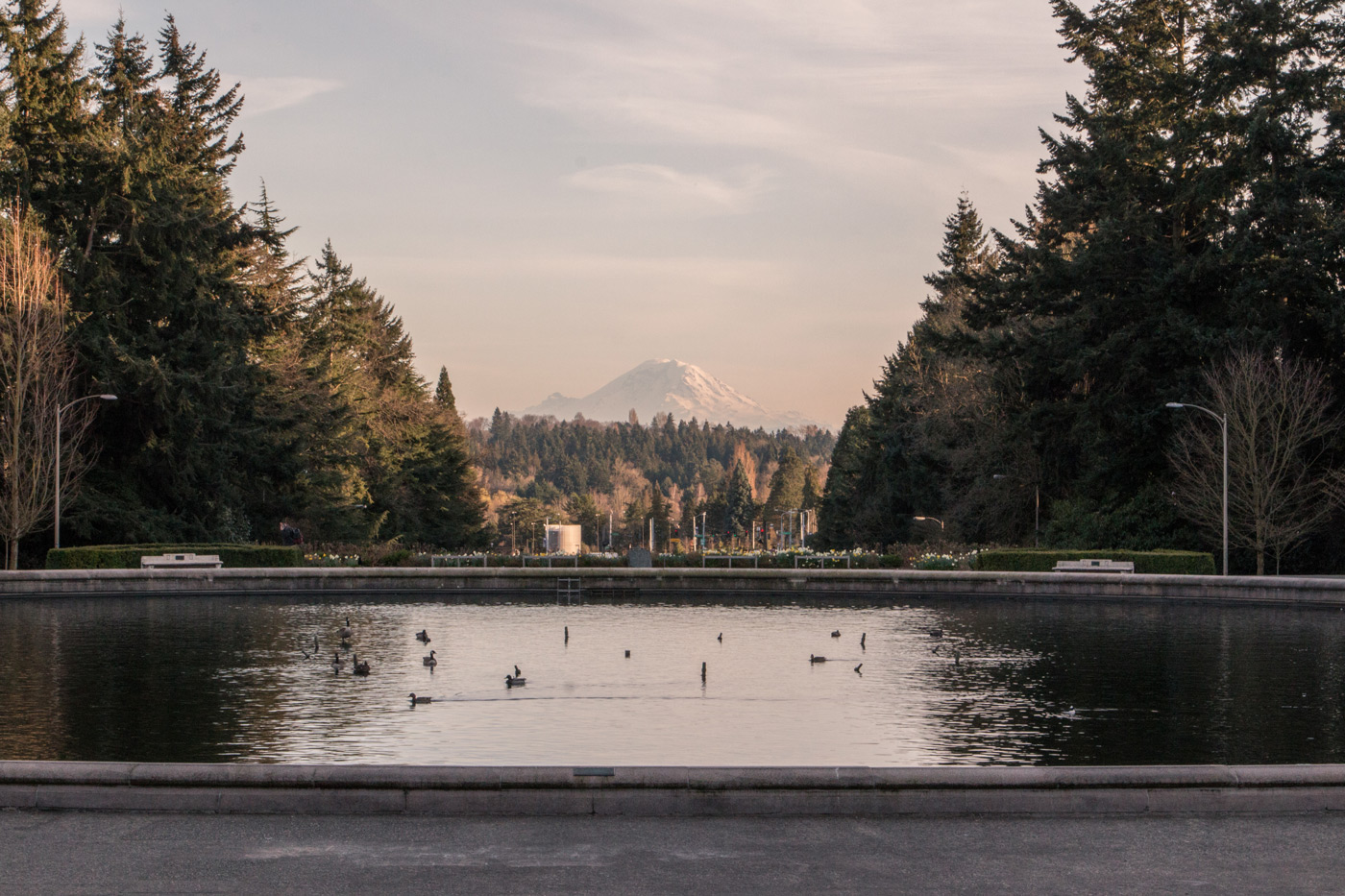 They have a pretty good view 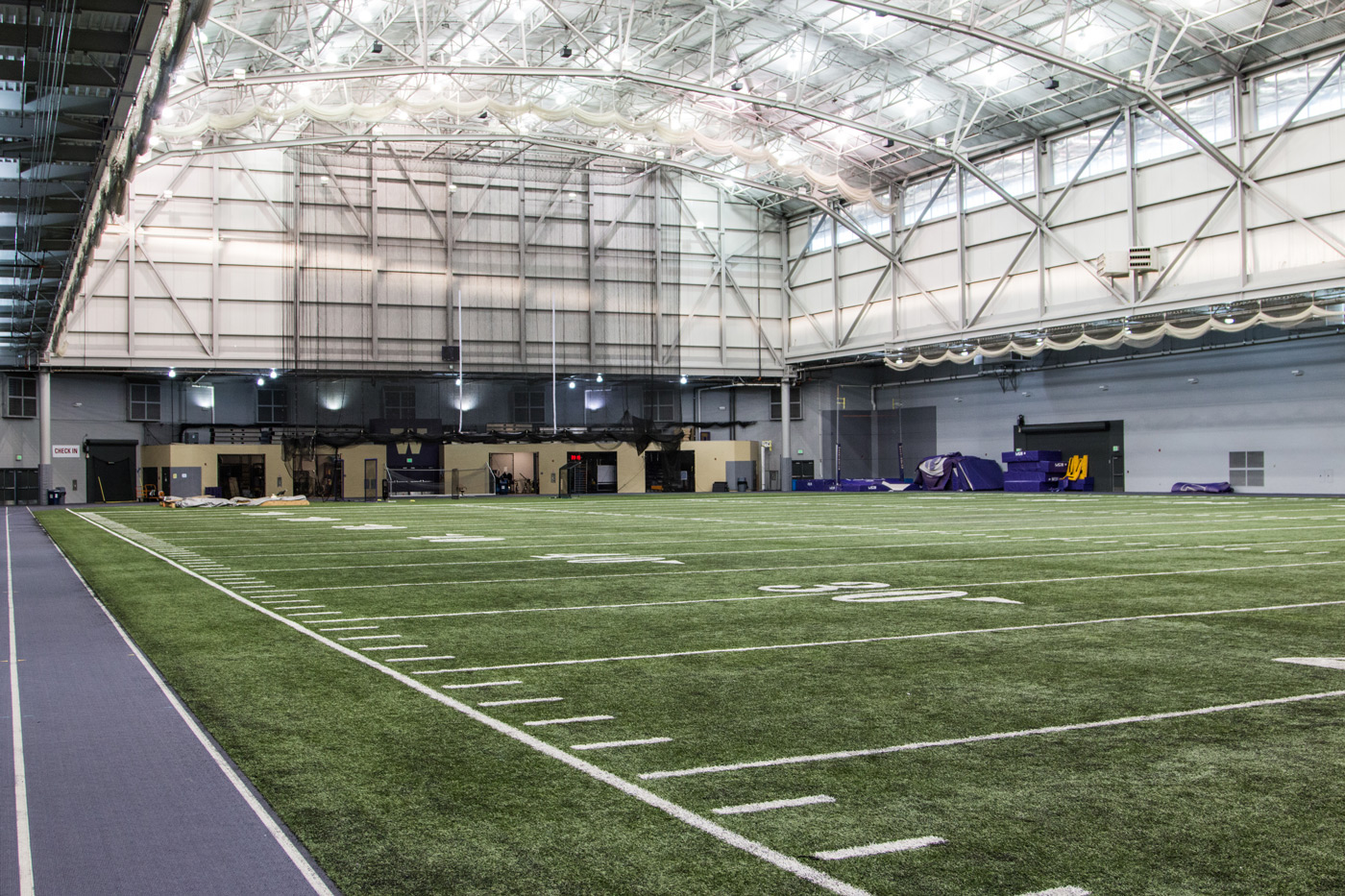 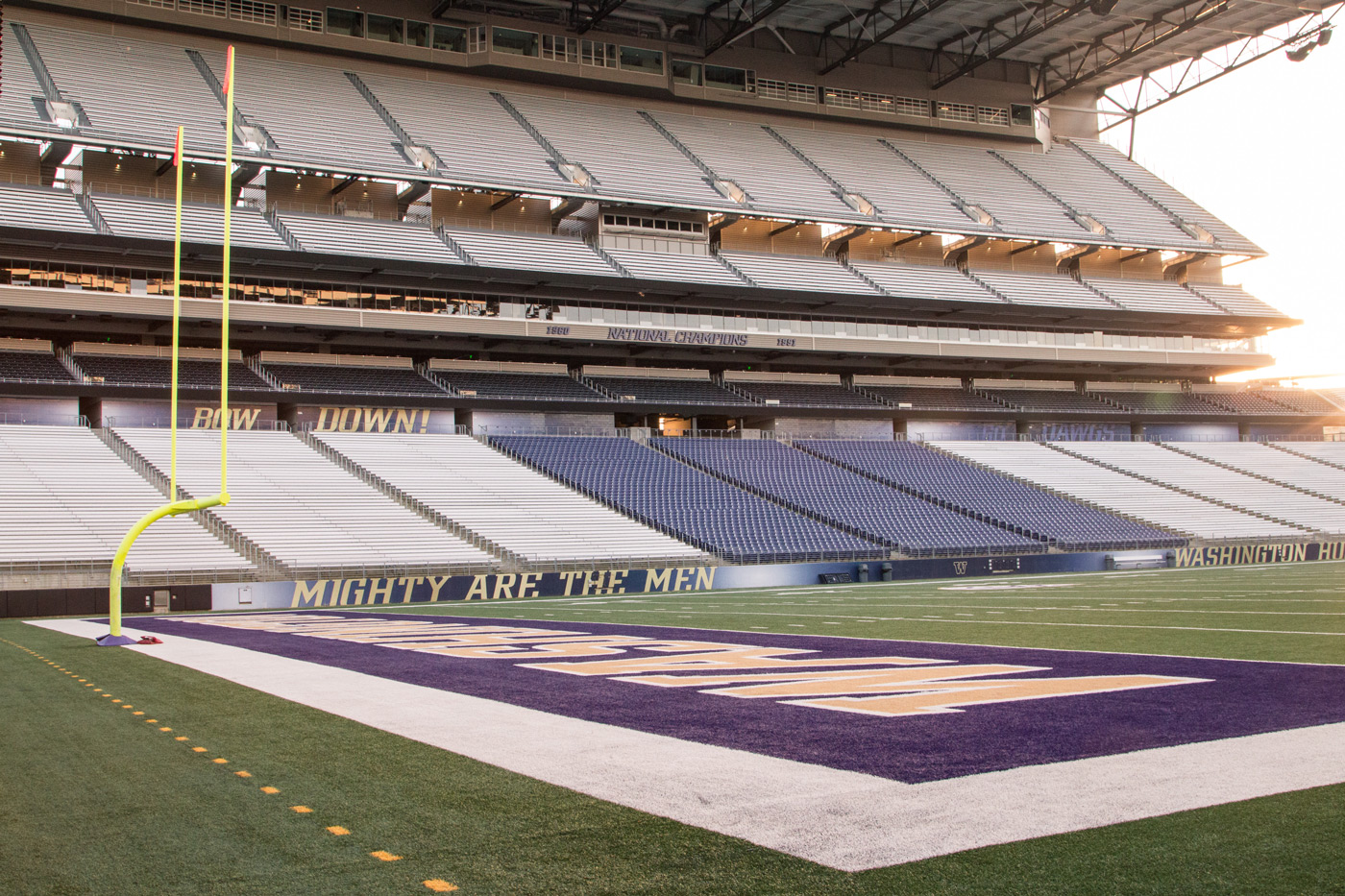 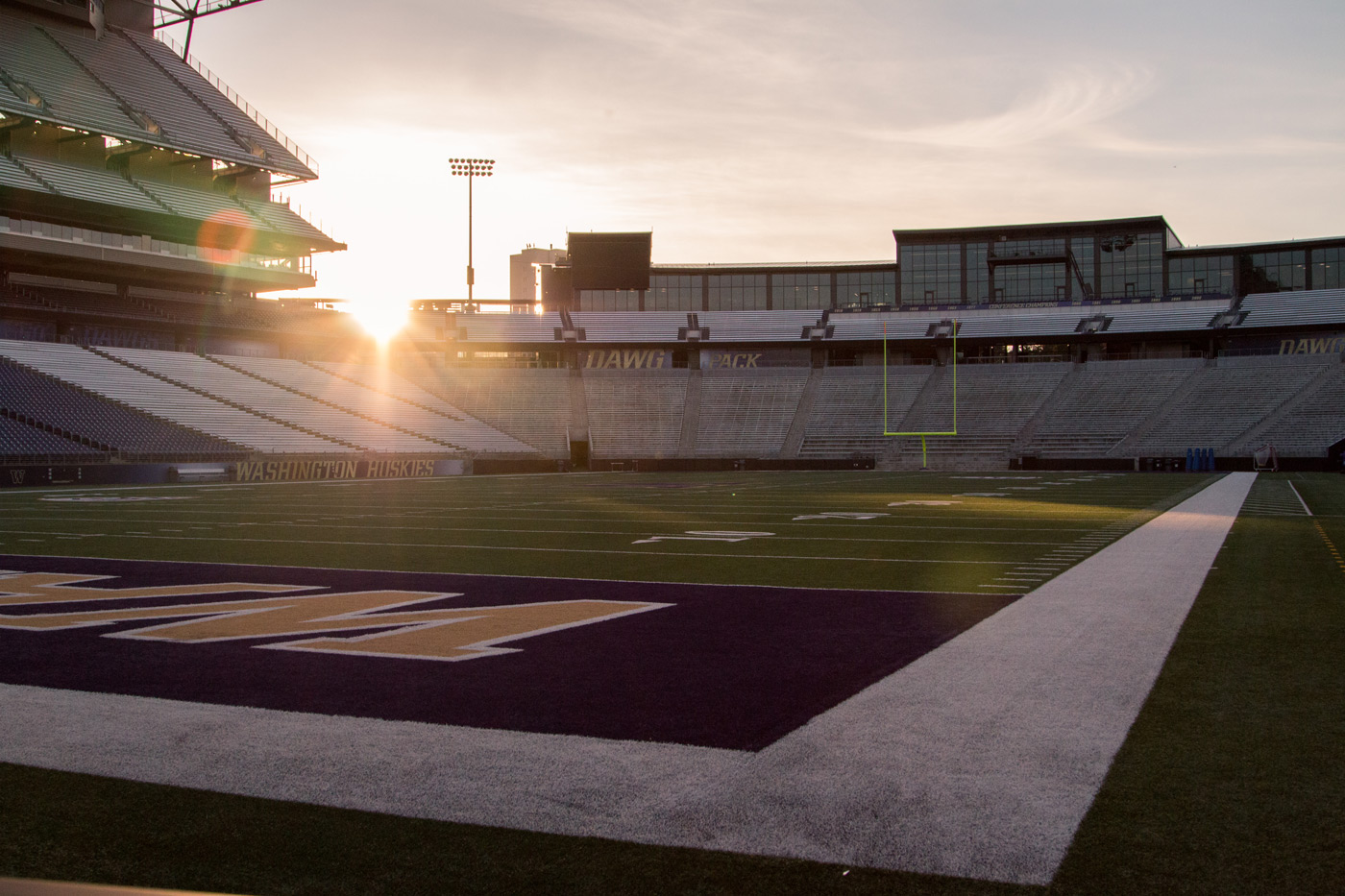 After four days I am leaving Seattle and now sitting on a 3-hour bus down to Portland, Oregon.