After a week two separate friends came over to visit. James was to be there for a few weeks and was staying at the same accommodation as me for most of his stay. Tyson managed to arrange a week in between other destinations and was joined by his mate Andrew staying together just down the road. Both James and Tyson had heard I was going on this trip and wanted to come and join in on the snow.

Plenty of new snow arrived right in time for their stay and we managed to get plenty of riding in. Whilst it had been fine riding and exploring by myself its always good to have a group. 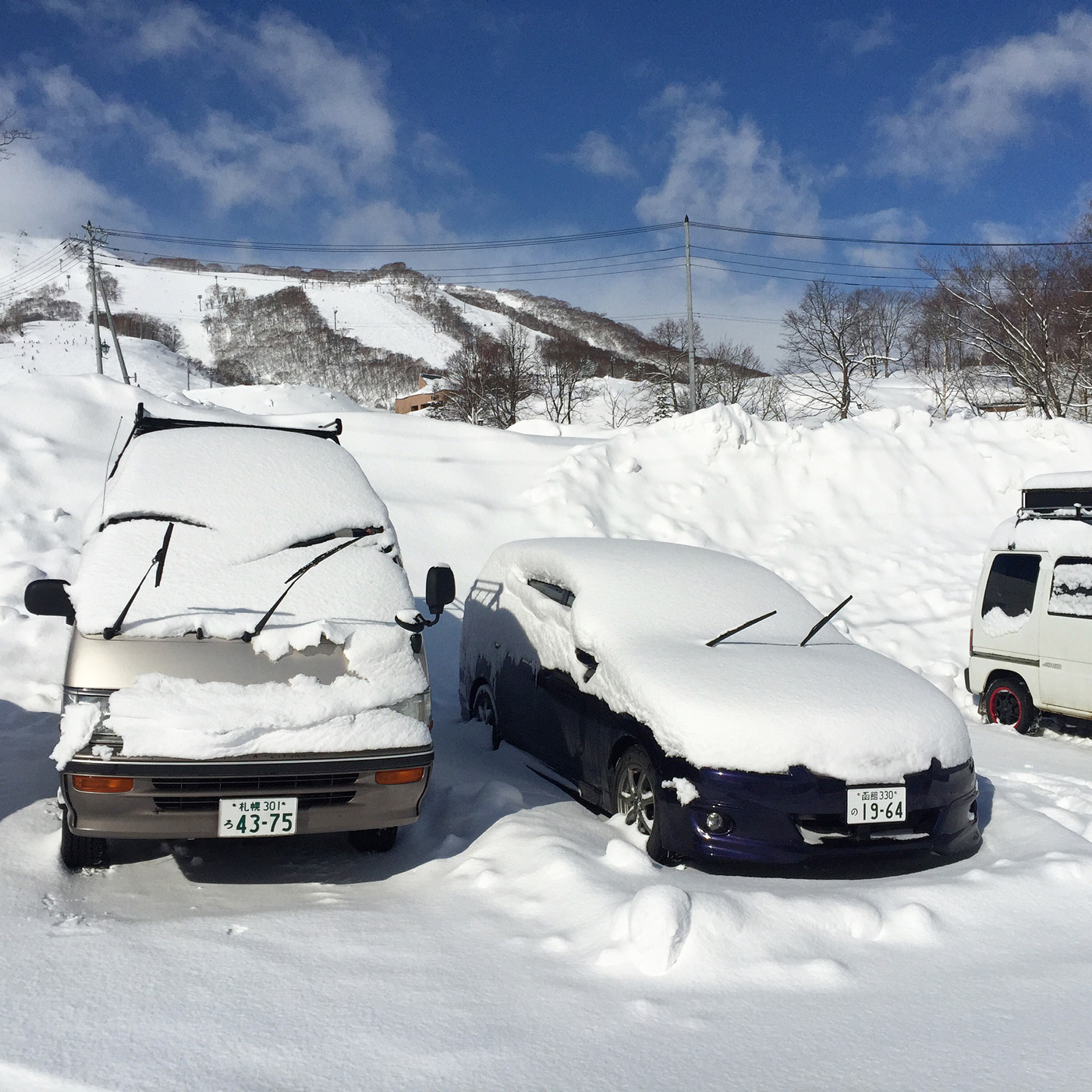 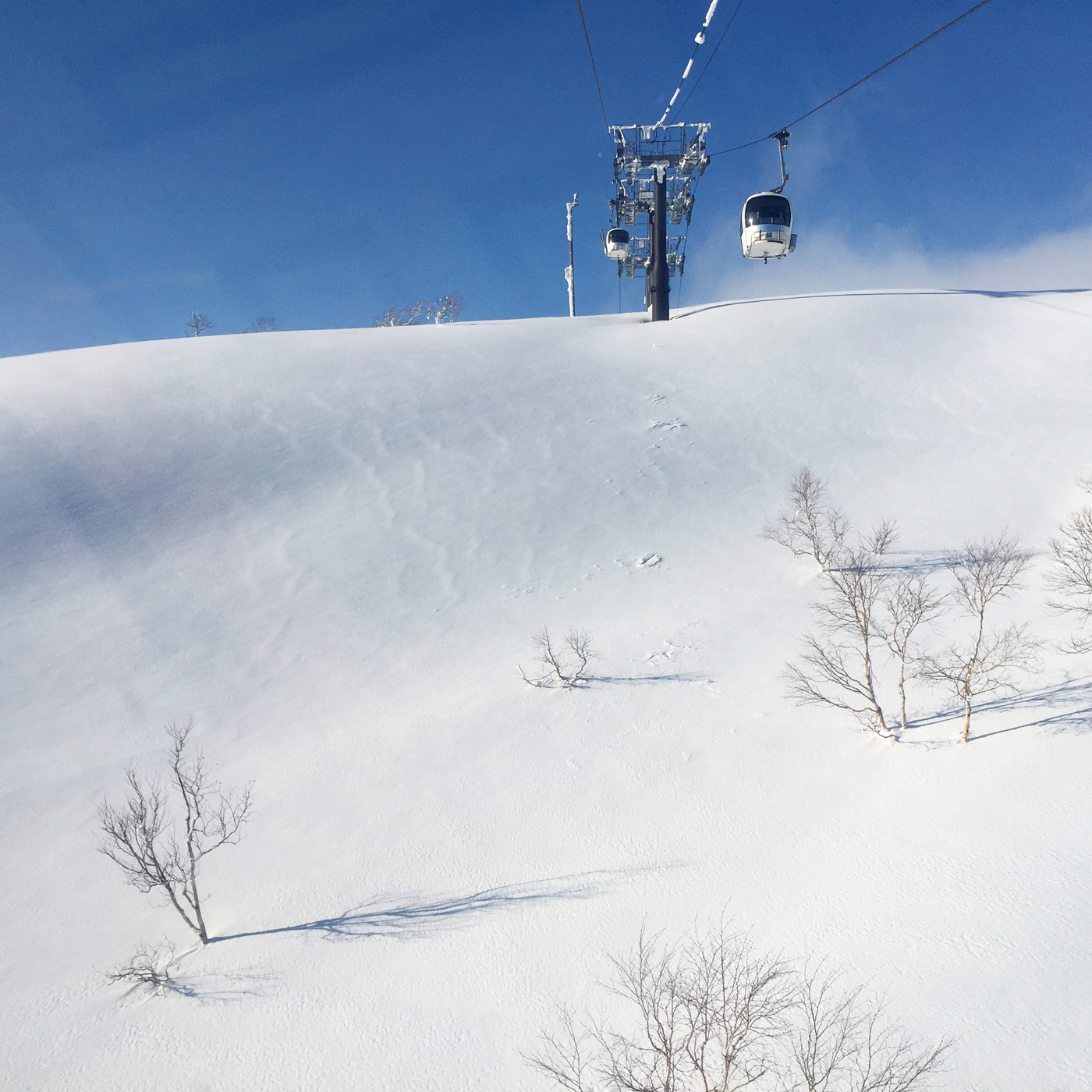 Tyson led the four of us to a really authentic Japanese restaurant over near Annupuri called Sobatei Rakuichi. The soba master chef makes and cuts the soba noodles to perfection by hand right in front of you with each bowl of soba made fresh. This was one of the best meals I’ve had so far this time in Japan. 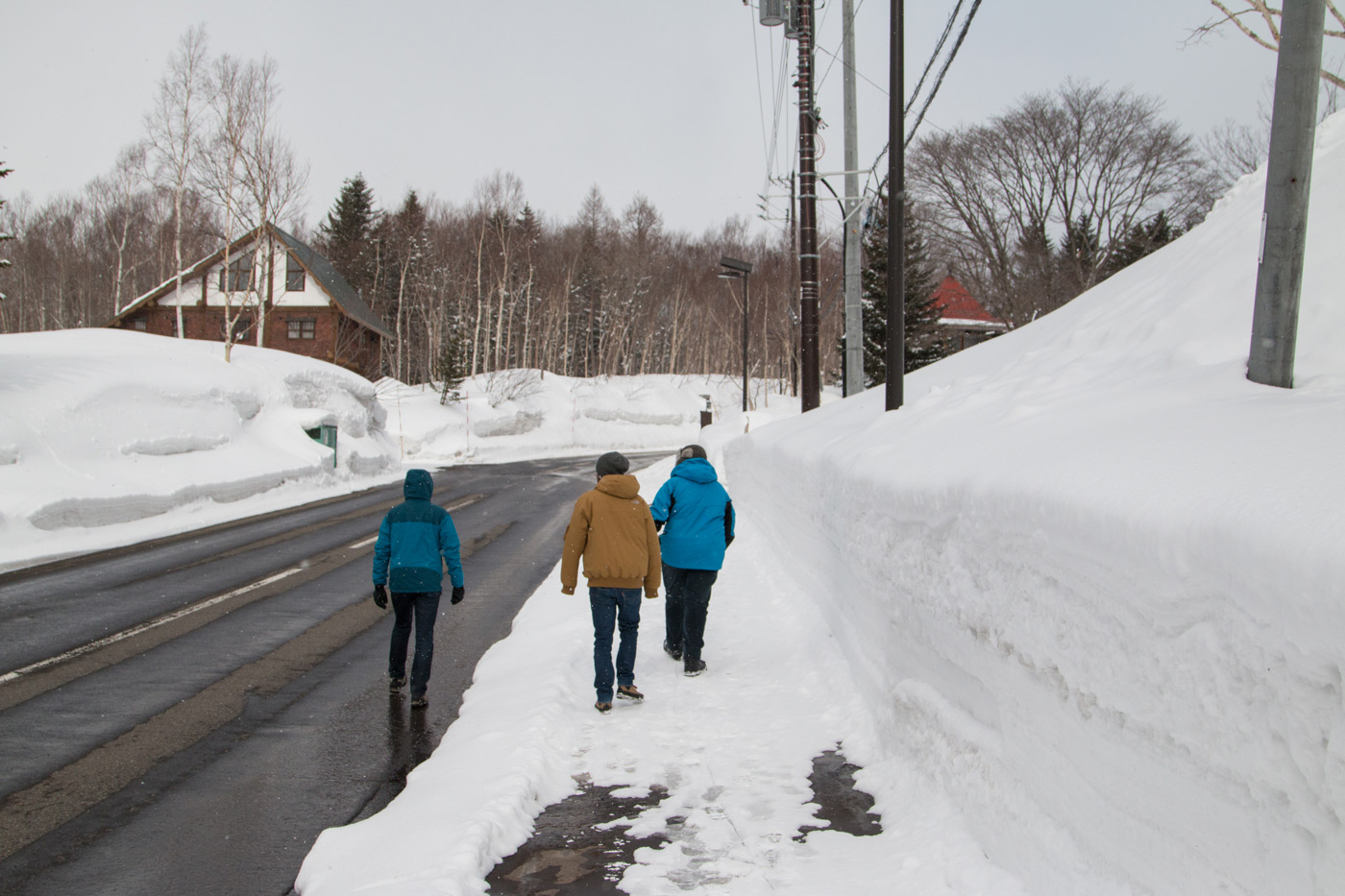 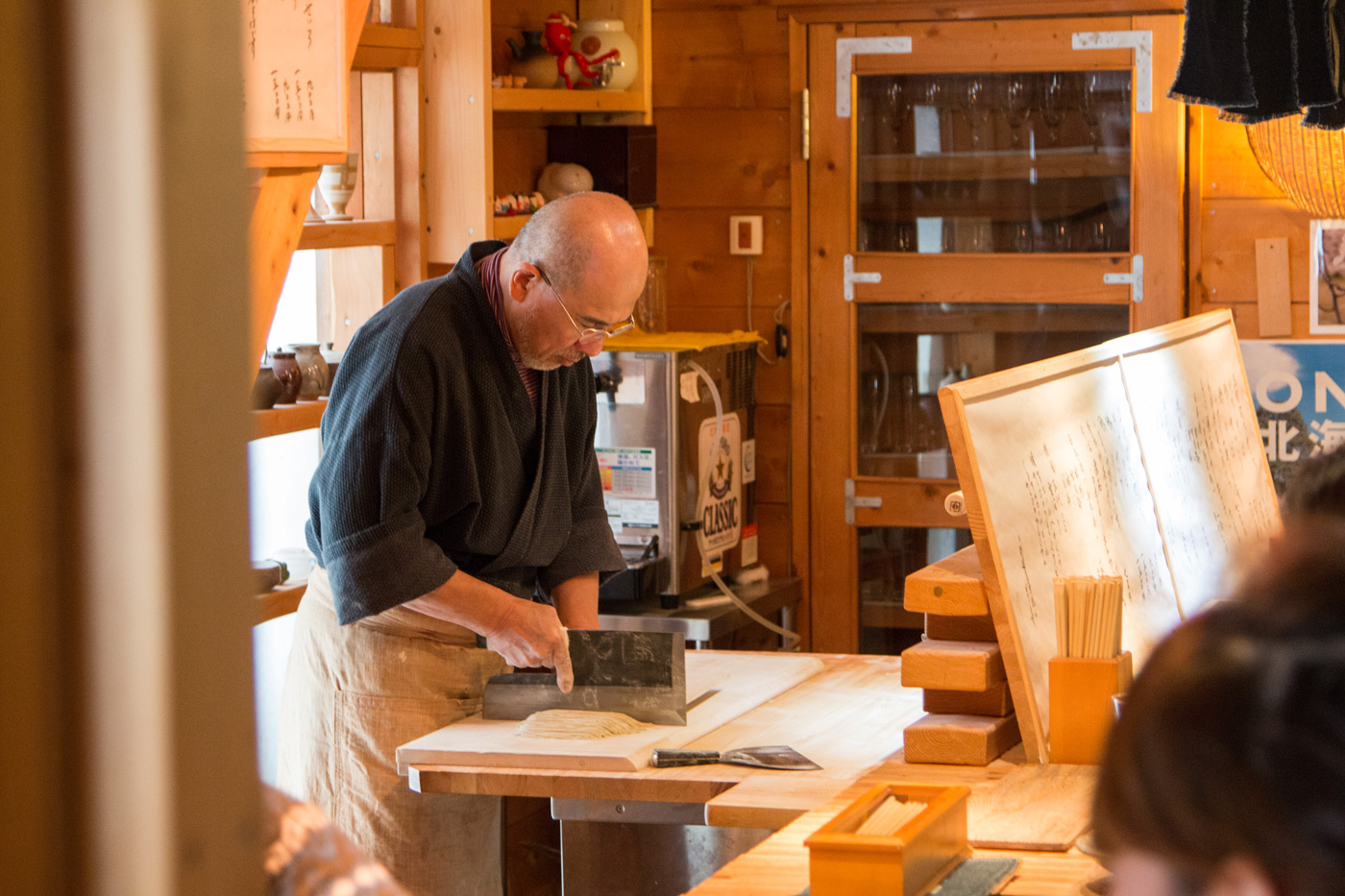 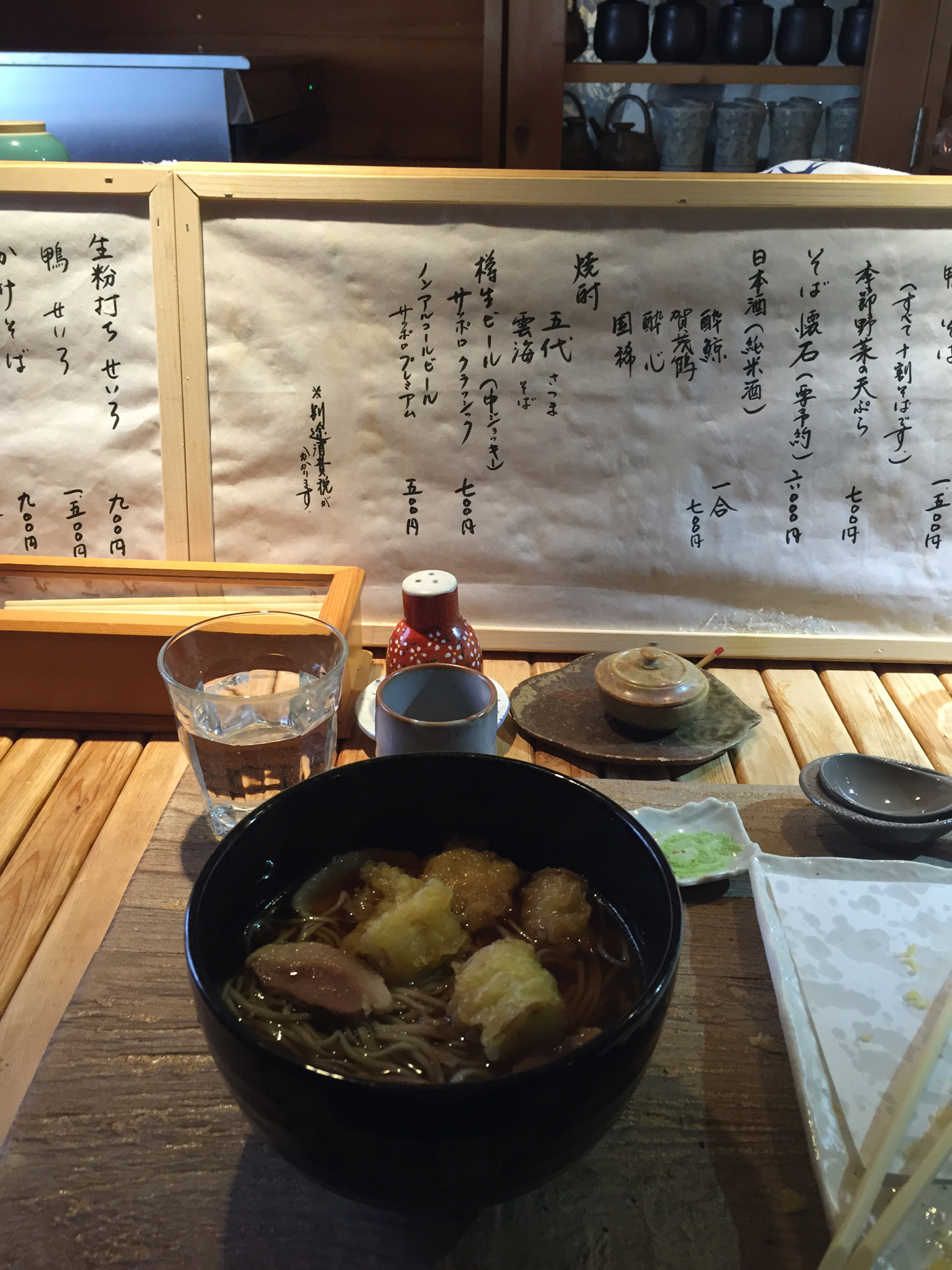 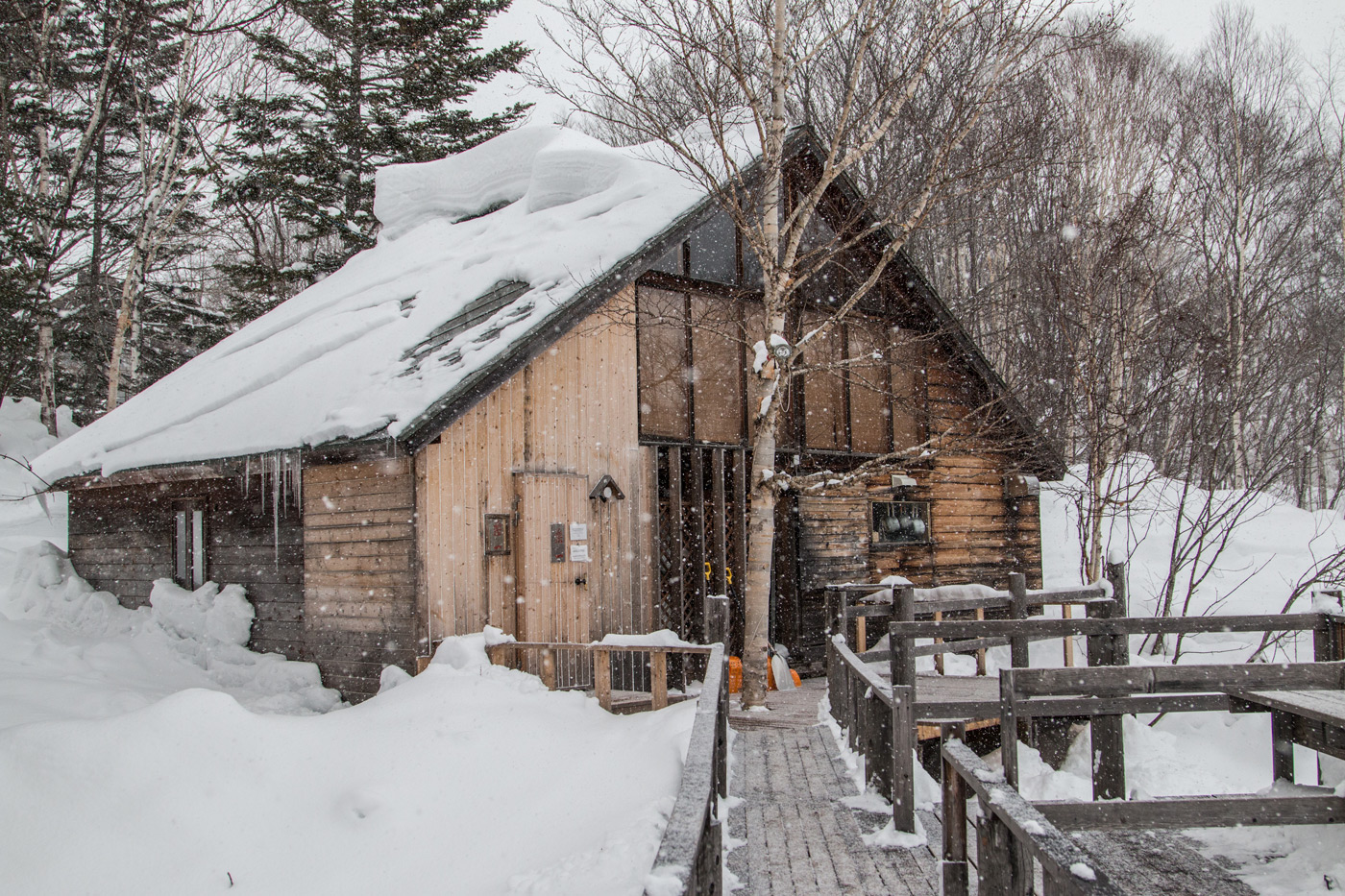 The amazing small restaurant amongst the snow