Visiting New York City in winter we were expecting it to be cold, but we were not prepared for it to be as cold as it is. -10ºC is not too bad, I’ve had much worse on snow trips, but it was the windchill in NY that cut straight through you. Once we were dressed more appropriately (tripling our number of layers) it was bearable.

After arriving in the evening into JFK Airport we took the subway towards Manhattan. Our hotel, the Ameritania was a great find by Lauren. It was perfectly located on the corner of 54th and Broadway right between Times Square and Central Park meaning it was a great central spot next to some core subway lines that made it very easy to get around. A late night pizza/pasta dinner at a nearby restaurant and we were done for the night.

The following morning, our first proper day in NYC, our first stop was breakfast in a local diner and a walk through Times Square. 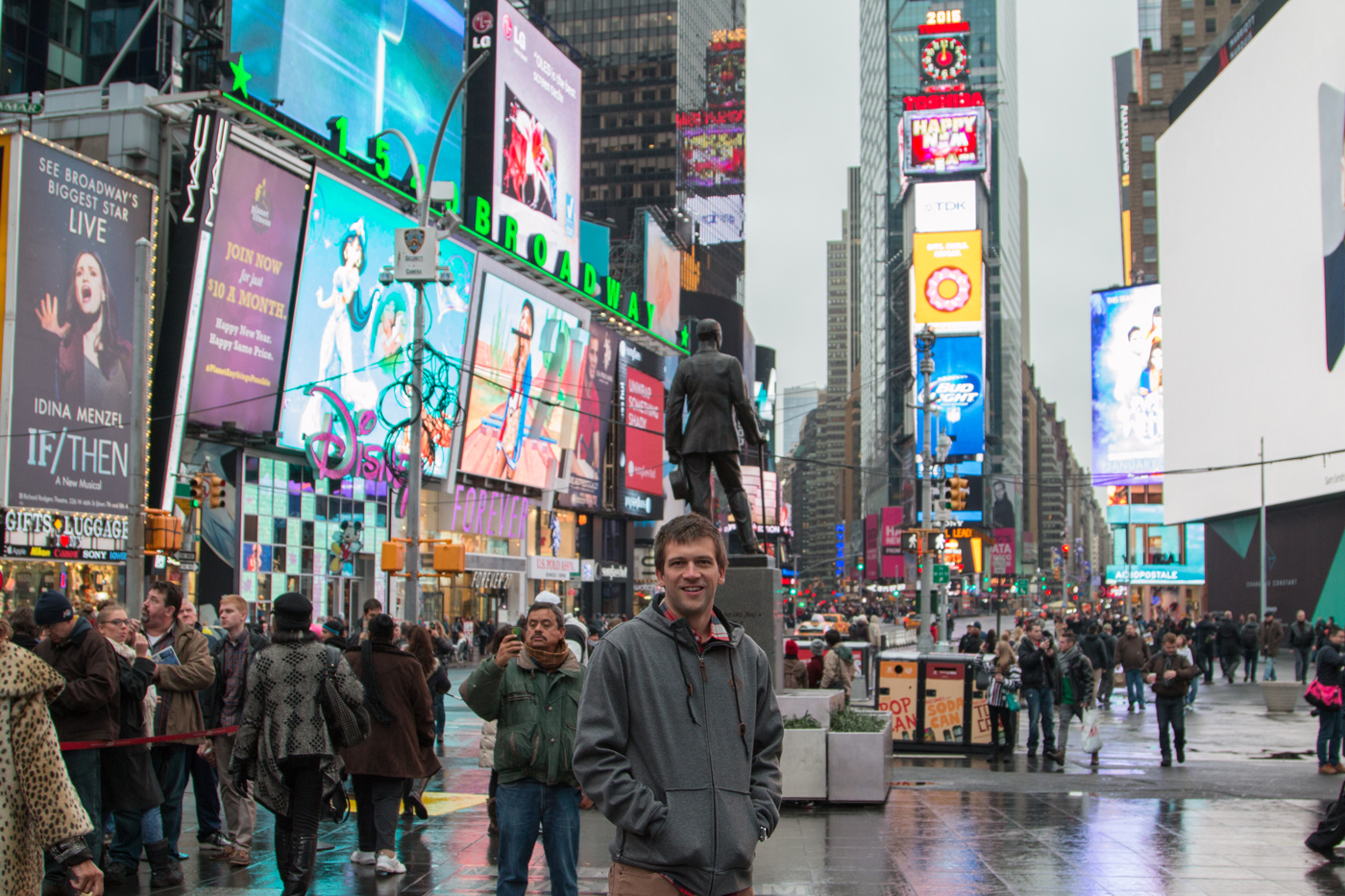 Me in Times Square 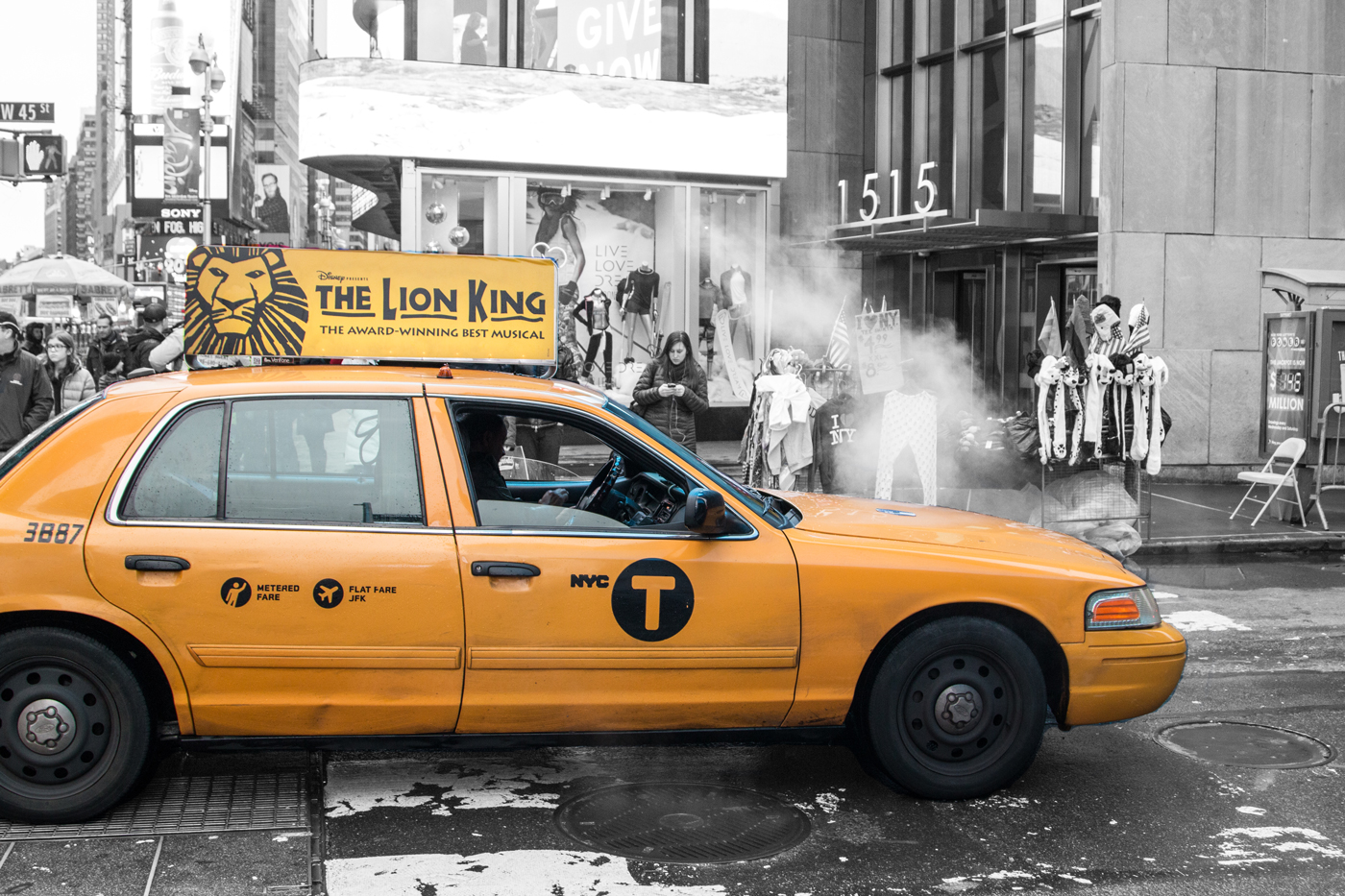 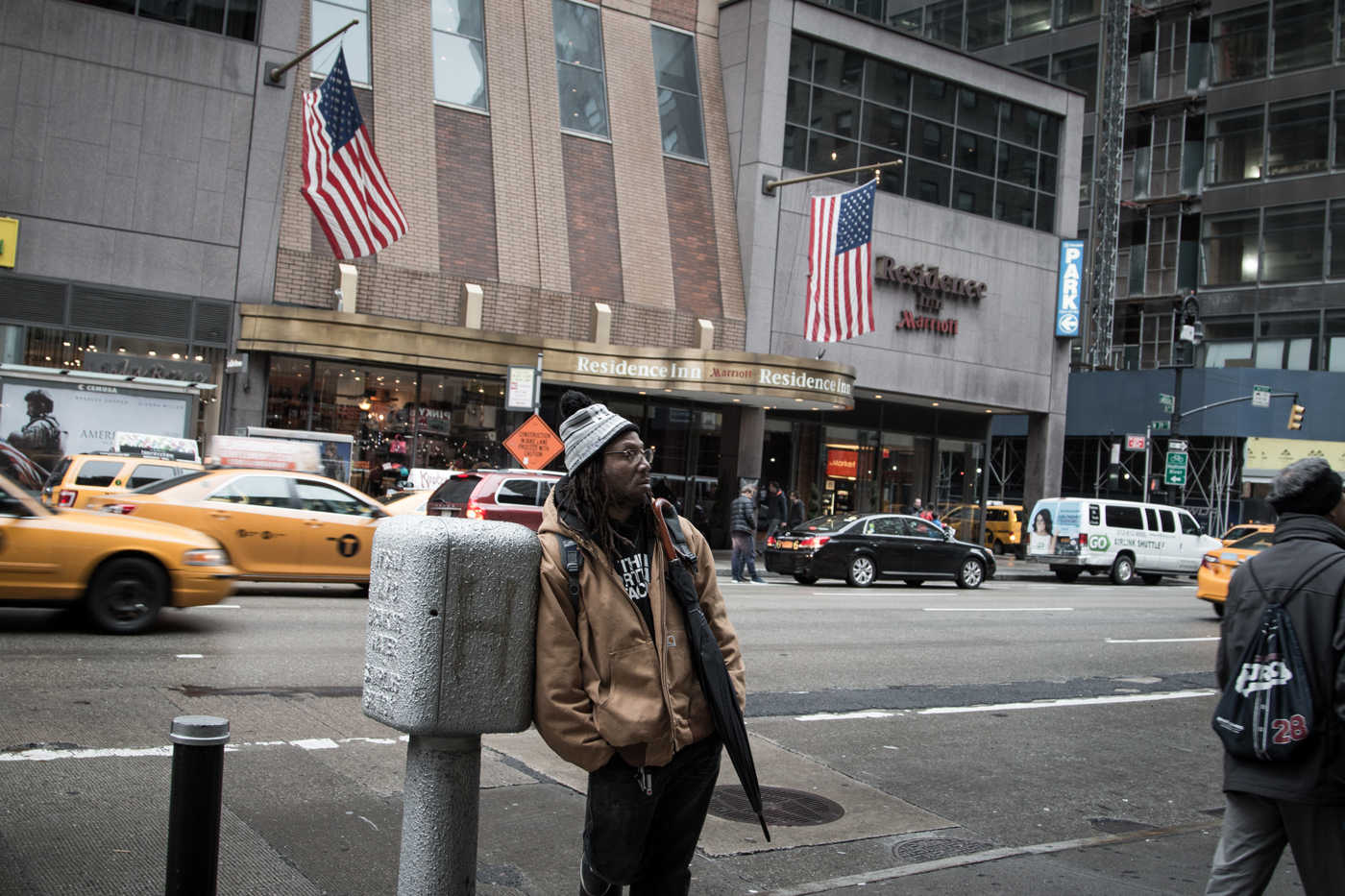 The afternoon was spent riding bikes around Central Park at our own pace and stopping for photos along the way. Lauren’s bike brakes did not work so being the gentleman that I am I offered to swap with her and take on the hills on the girls bike with a front basket carrying her handbag and all.

Central Park is much bigger than I anticipated and riding around the full outer loop is around 6.1 miles / 9.8 km. I felt every step of that distance too when Lauren’s dud of a bike then popped a tyre not much past the half way point and I had to walk the bike the rest of the way back… It’s a scenic walk though and wasn’t too bad. 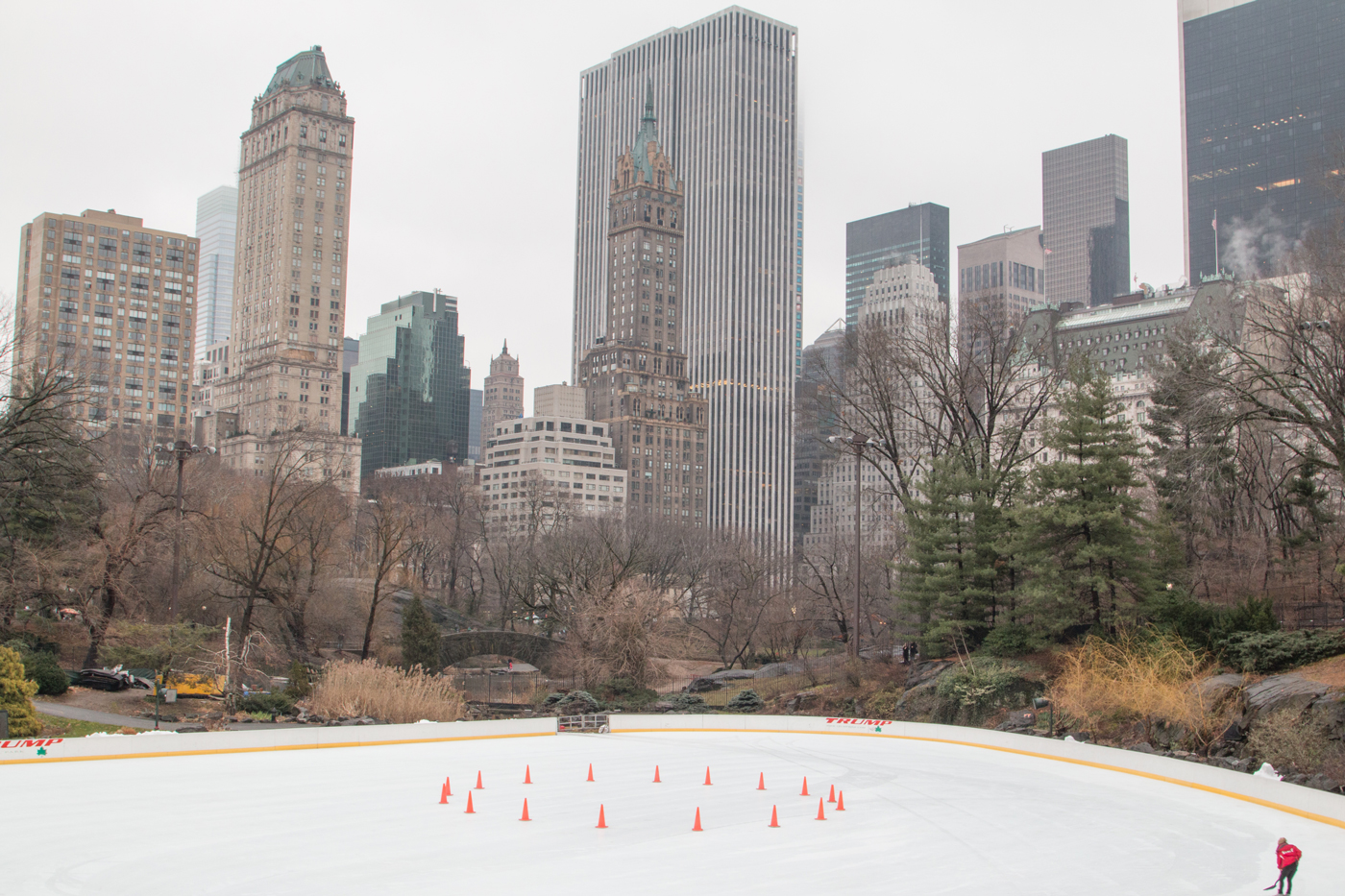 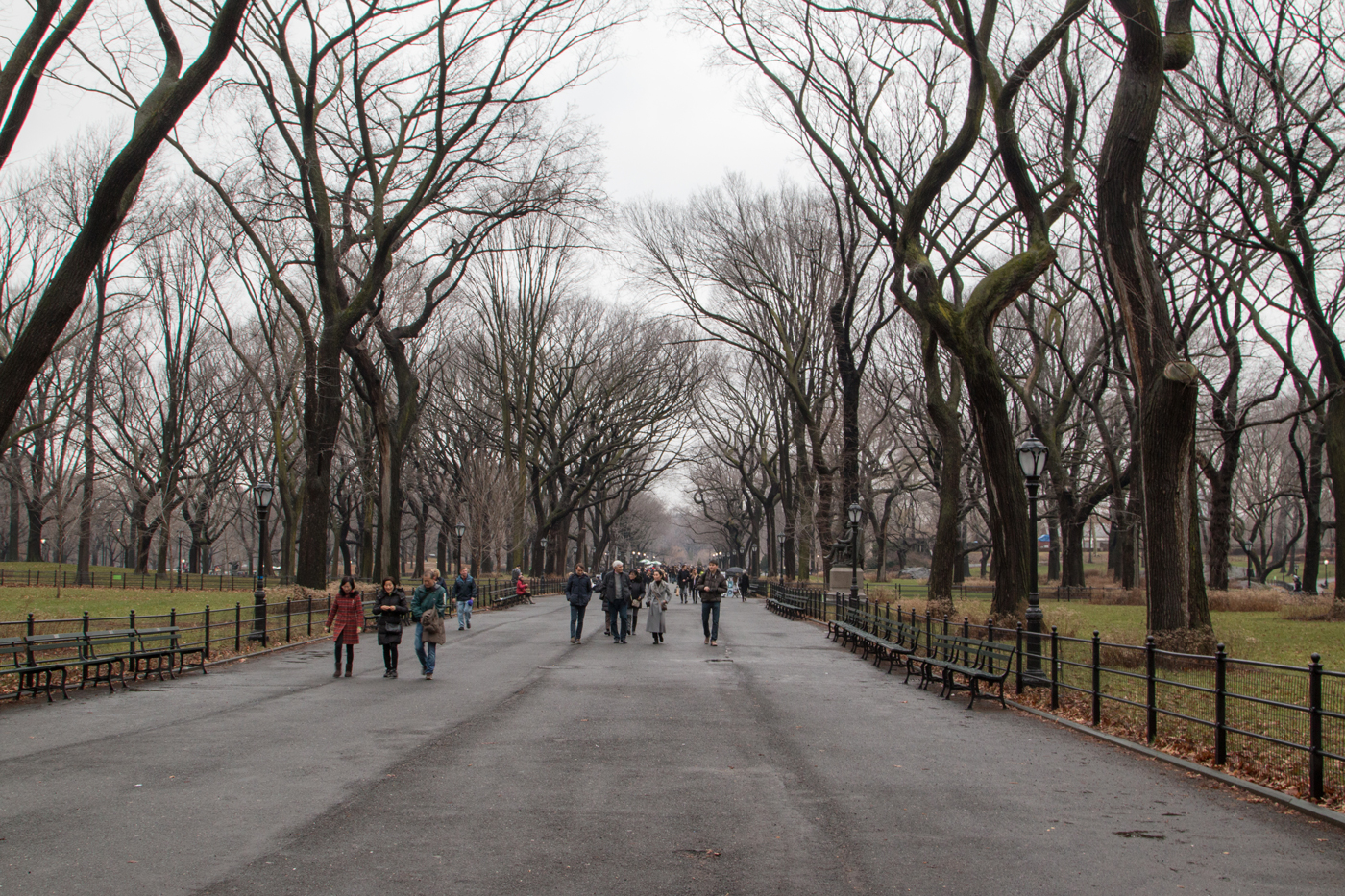 On returning the bike I got the chance to have my first NY hotdog from a nearby street cart, with mustard and ketchup of course.